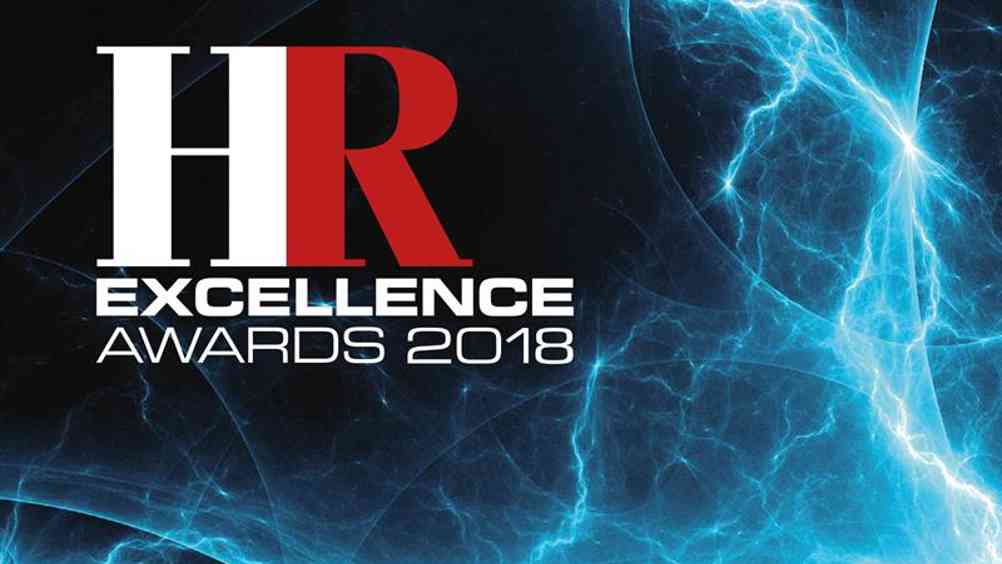 ?A deeply people-focused culture starts right at the top

A CEO who truly gets why engagement, wellbeing, reward and recognition all matter to productivity, innovation and the overall success of an organisation, can be the deciding factor in whether such a culture is achieved.


So such individuals are well-worth celebrating. This shortlist has been compiled using leadership scores across public workplace surveys: Best Companies, Great Place to Work, Top Employers and Glassdoor. We looked for people who had consistently scored well, jumped up in rankings, appeared on more than one list and achieved top approval rankings for themselves personally as leaders, as well as taking into account the position of their business in these rankings as a whole and their achievements over the year.

Our winner will be announced at the awards gala dinner on 26 June. Click here to book your tickets to the event now.

Good luck to everyone shortlisted!

Allera became CEO of EE (part of the consumer division of the BT Group) in 2016, and was determined from the off that the business be a genuinely great place to work. Key to this is staying in touch with employees on the ground. Allera regularly travels to EE’s 650 contact centres and stores to engage with colleagues. He also uses Instagram, Twitter and LinkedIn, alongside EE’s internal social network Splash, and holds monthly coffee sessions open to all colleagues so they can ask him anything, and so he can gain insight into what’s on their minds. As chairman of the BT Diversity and Inclusion board, Allera is also passionate about D&I and is working towards a 50:50 gender split across all levels of BT’s consumer brands. He is a champion of employee development – every year EE spends around £500 per person on training – along with mental health and employee recognition. This year EE topped The Sunday Times’ Best 25 Big Companies to Work For list.

When Bhusri co-founded Workday in 2005 his aim was to create an organisation that stood out from other business software companies. To achieve this he recognised a need to put culture at the centre of the firm. Bhusri established Workday’s employee-first culture, where people are valued, heard, inspired, encouraged to bring their best selves to work, and committed to customer satisfaction. He also introduced key initiatives to nurture this culture, personally interviewing the organisation’s first 500 employees and advocating that Workday should be its own customer first, using its own technologies to manage the workplace. Fast-forward 13 years and the organisation has grown to more than 8,200 employees and revenues of $582.5 million in the 2018 fiscal fourth quarter. But the culture created when it began remains. In 2018 Workday was ranked number one on Great Place to Work’s UK’s Best Workplaces 2018 – Medium Category.

Jones’ passion for both attracting the brightest prospects from outside the housing sector but also reinventing existing talent stems from her own 30-year journey through Bromford. In that time she has worked in nearly every part of the affordable housing social enterprise – from housing management, to recruitment and training, to supported housing, to development and sales, to governance and people. Jones is Glassdoor’s 2017 highest-rated female CEO in the UK, with a 94% approval rating. Regular themes on Glassdoor reviews from colleagues include a flexible, trust-based approach to working, and a ‘grow your own’ culture where people are challenged to push their boundaries. Which all means Bromford is perfectly positioned to embark on its ambitious five-year new homes programme, launched this year, to invest £1.5 billion into delivering 15,000 new homes over the next decade to help solve the UK’s housing crisis.

Innocent’s overarching purpose is to help people live well and die old. And Lamont sees his main job as making sure this is brought to life in everything the company does, including for staff. This culture has won many plaudits over the years, but Innocent doesn’t like to rest on its laurels. In the last 12 months it has repurposed succession planning, introduced a volunteering programme, launched a new recruitment system to improve the candidate and hiring manager experience, and completely revamped the employee brand. In the last few years Innocent has led the global adoption of standards covering environmental and worker rights. A key tenet is to give employees, in Lamont’s words, “a big slug of responsibility early on with an assumption they will succeed; and nine times out of 10 they deliver way beyond expectations”. 2017 saw the highest engagement scores the company’s ever enjoyed, and the largest growth in its history, at 23%.

Since his appointment in 2016 Garner has focused on engaging employees with both the organisation’s heritage and its future vision. One of his first acts was to involve all 18,000 colleagues in revamping the company strategy. This included the launch of the Big Conversation (where he spent time listening to what employees did and didn’t like about the business) followed by the Big Event – a five-day event for all staff to hear the outcome of this conversation and the organisation’s future plans. Garner writes a regular blog on both business subjects and his personal insights, which employees can comment on. Another example of his leadership style is Garner introducing a flagship leadership development programme. Nationwide’s Leader of the Year Laura Holmes comments: “I believe he has genuine interest in what you have to say and creates an environment where you are comfortable to say it, even if you share a different view than him.”

There probably aren’t many CEOs who would fork out £100,000 to help an employee leave and retrain to achieve their dream. Yet this is what Hakim did for one of his employees when he realised his life’s ambition was to become a pilot. Other examples of this CEO’s genuine concern for his staff’s happiness and wellbeing include every employee having a health plan, no-one being allowed to work on their birthday, and all employees having access to a hardship fund – a pot of money Hakim ringfences every year to help colleagues when they’re feeling the pinch, usually around Christmas and holidays. The success of such a people-centred approach is evidenced in the independent optician’s financial health. It is the fastest-growing group in UK optometry, with 150% growth over the past 15 months and a current turnover of £48 million. The Hakim Group also topped The Sunday Times’ Best 100 Small Companies To Work For 2018 ranking.

From humble beginnings as a two-man band working from a bedroom, The Message Trust today boasts six UK and three international locations, employing a total of 149 staff. The Christian charity works to improve the lives of young people in the UK and overseas through activities including school visits, work in prisons and Eden buses going out to deprived communities. On joining The Message Trust each staff member receives a podcast with four talks from Hawthorne and the book Being the Message, explaining the organisation’s values. Staff see themselves as ‘Mates on a Mission’; working, resting and socialising together. All this has contributed to the charity topping The Sunday Times’ Best 100 Not for Profit Organisations To Work For 2018. As recognition for this, Hawthorne treated staff to a hog roast dinner. He also recently took them to a local restaurant to celebrate the success of the charity’s first conference and 25 years of The Message Trust.

McCarthy founded McCarthy Recruitment in 2005. Having created company values of ‘passionate, clever and together,’ her employees testify that she has fostered a sense of ‘family’ in the organisation that support one another through both work and personal challenges. When new mothers have returned to work McCarthy has buddied with them to share her own knowledge or give advice. When staff have gone through divorces she has been known to offer financial advice and pay for counselling. And when employees’ relatives have been ill she ensures they have flexible working to allow for appointments or hospital visits. This focus on people has translated into a number of business successes, including winning Great Place to Work’s UK’s Best Workplaces 2018 – Small Category, and recording a growth in company profitability year on year over the last five years.

Having joined Anglian Water as a grad trainee in 1989, Simpson worked across many parts of the organisation before taking the helm in 2013. This knowledge has helped him lead the business to numerous successes in the past year alone, including reducing water leakage levels by 5% in 2017 alone, tackling the ‘Beast from the East’, and coming second in Glassdoor’s 2018 Best Places to Work list. It is his visibility and commitment to employees that have been instrumental. “Simpson is one of those individuals who ‘gets’, without a business case, that good business is about people,” says Susannah Clements, HRD at the organisation. “This genuine interest in people not only manifests in remembering names and faces, but also in his actions; Peter personally attends funerals, regularly visits our various sites, sends personal letters of thanks, chairs employee forums to listen to ideas and concerns, and prioritises frontline manager sessions.”

When One Vision Housing – the first member of The Sovini Group – was formed in 2006, CEO Williams faced an organisation with staff satisfaction levels of just 62% and sickness levels of more than 8%. Williams went on to lead the organisation in its evolution from one company and around 200 employees, into the property development and management group of 12 companies and around 650 employees it is today. In the process he’s driven up staff satisfaction levels to stand consistently above 90%, and absence under 2%. Key to this evolution has been his focus on implementing good people management policies and practices around onboarding, employee engagement, and reward. Known for addressing staff with the saying, “every individual matters, we need each other to make a successful business”, Williams sends a personal letter to each staff member who receives a customer compliment, and also places a strong emphasis on social events.

The winner will be announced at a gala dinner and awards ceremony on Tuesday 26 June at the prestigious London Hilton on Park Lane.

The HR Excellence Awards ceremony is renowned as the night in the HR calendar, attracting the UK’s most talented HR individuals, teams and companies. By attending the awards you will have the opportunity to network with more than 600 fellow HR professionals and learn about the strategies raising HR's profile. 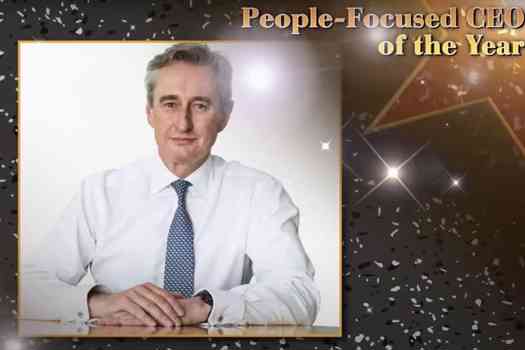 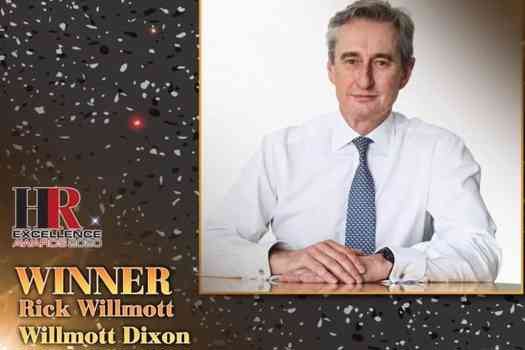