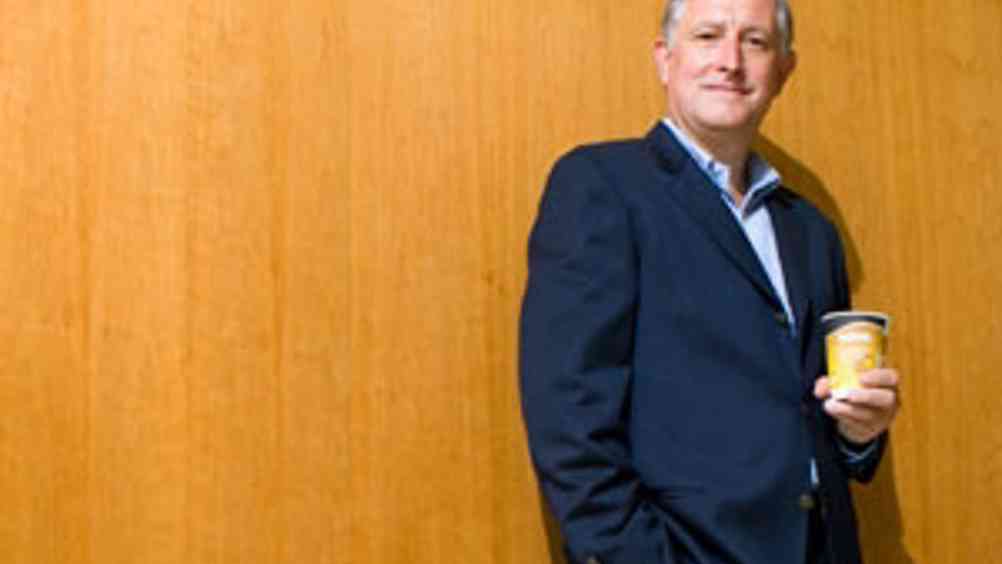 HRD Stephen Battalia knew his job could be on the line if his leadership training project failed to produce the 'winning behaviours' needed to get the Kit Kat maker back on track.

Business tradition has long dictated that if you want to know how Nestle - the world's largest food company - is doing, just look at what is happening to the Kit Kat. The flagship bar, first launched in 1935, sells at the rate of one every 47 seconds, but recently this has been well below par; in fact the Kit Kat has been a bit of a mess. Its annus horribilis was 2005, when sales dropped off a cliff by a massive 18% on the year. In fact, sales were down by half overall between 2000 and 2005. Marketers blamed a leadership that had lost its way. Several high-profile meddling fiascos included hideous new Kit Kat flavours (such as strawberry and cream), the ditching of the beloved foil and paper wrapping and, worst of all, the 2004 cancelling of its famous 'Have a break ...' slogan - used since 1957.

While it may be harsh to besmirch an entire company on account of the tribulations of one product, in a disarmingly honest interview, Stephen Battalia, Nestle's UK HRD, is the first to agree these were the outward signs of a company suffering from a crisis of leadership. He should know; he has been with the company for the past 20 years. "Nestle was fragmented," he says, "we were sluggish, we had lost our way."

For an HRD who has won plaudits for the six years he has spent aligning Nestle's HR department to the Ulrich model (complete with eight shared services), this "wake up call", as he describes it, would have come as much of a blow to him as to the rest of the board.

It is all very well having the HR structure in place, but delivering on business goals is what matters to CEOs. "Nestle had previously run a Leadership Challenge, but in hindsight it was very '90s - it was about them as individuals," says Battalia. "Today's leaders need to be aligned with the business and with teams. Employee surveys were telling us staff didn't know where Nestle was going, that we didn't have a common culture or vision. Buying into leadership and improving leadership were our two main aims. We had to rethink leadership training."

The resulting project he is only just completing (code-named Lead2Win), was quite literally Battalia's make-or-break response. And he did not get immediate backing. "It was a big ask, people were getting nervous, wobbling a bit, asking 'do we really need to do this?'," he says. "I remember a moment I stole with our CEO. It was 6.30am - he wanted me to reassure him this was the right thing to do. I said yes, but I knew that if it had failed I'd have been in a bad way," he admits candidly. "In all my HR career, this is literally the longest, most thorough project I've ever run. It's been a huge journey, but one we feel is now driving results."

The leadership project takes Nestle's top leaders (1,163 have completed the process, with just 300 left to go) and gives them a new language and new skills that relate to the new vision for Nestle UK. Comprising eight days of learning, six programme objectives are tackled - including identifying what it is to be a leader and increasing leadership accountability; creating collaboration across divisions; delivering clear business results; and managing and leading through change.

It takes 18 months for participants to graduate from a programme Battalia co-devised with consultancy Lane4. As a backdrop, Nestle/Lane4 produced a new set of 'winning behaviours' - five grittier statements about what leadership at the company is about. They include the unambiguous 'Tough love'; 'Own, accelerate and resolve issues'; and 'Strive to be better'.

"We are not going soft on leaders, far from it,' admits Battalia. "In some cases people felt we were attacking them. What we were saying is that this was about finding their contribution to the business. We were in a bad way. Results in the business were not there. We had to ask what was going on."

This shock to the system actually saw the programme, due to start in autumn 2006, being temporarily suspended for six weeks while Battalia spent time convincing the top brass it was actually working. Individual coaching sessions eventually teased out the value of the project (such that 15 Nestle leaders have since decided to become European Coaching Council-accredited Nestle coaches themselves), dealing with everything from levels of communication to how they deal with their beliefs and emotions.

The project may sound theoretical, and at times devices like 'belief walls' (where participants recognise all the things in the past that have made them successful) have been used. But Battalia says he is ultimately striving for long-term change in performance, underpinned by real results. "Before leaders can progress to level 2, they have to go through a 360 degs review. As a sign of where we were, and where we are going to, for 70% of these people it would have been their first ever full-scale review. Successfully getting through this means leaders then have to successfully undergo level 3 - on mental toughness - and then again, before they reach level 4, they must go through yet another 360 degs review."

According to Battalia, this style of training has been a better a way of involving HR business partners - HR staff are traditionally excluded from anything remotely training and development-oriented. Three years down the line and real-life examples of where the project is working are now becoming abundant. "Statistics are proving we're doing the right thing," he says. "Turnover of our leadership population is down from 11% to 6%; while 72% of our leadership say they are happy with where they and Nestle is going - this is up 12-13 base points."

Battalia says the impact of this top-tier leadership change is now being felt by the rest of the Nestle workforce. "The number of those that say they are clear on the results expected of them has now hit 83%, while 81% say they believe their immediate managers have improved. These figures are all up."

Practical examples of how leadership improvements are creating real change are also numerous. "Part of the programme is about identifying business priorities," Battalia says. "Our food and beverages category sales development team has now realised they were failing to spend enough time on planning medium and long-term opportunities. They have since restructured their roles themselves, identified new objectives and reorganised themselves for improved customer focus."

But in doing all this, is Nestle risking creating a pool of homogenous leaders, all groomed in the Nestle way, devoid of their own interpretations? "Definitely not," retorts Battalia quickly. "To be successful, leaders need to know the business; then they need to know where it is going and what it is about. I think this work has helped explain both of these things. But I think we've also added a new, third leg - being passionate about the business. We may not have had that before. Sure, we had people that were 'enthusiastic' about the business, but there's an important difference between that and being passionate. Being passionate has helped us raise our game, it has created a coaching culture."

With an average age of 39, these leaders are Nestle's boardroom potential of the future. This makes them a group worth spending money on. And Battalia is unapologetic about this very top-centric focus. "Nestle enjoys a very good length of service from these people - averaging 12 years. But through the leadership project alone, we've increased the stated likelihood that people will stay from three years to four or five years, which has a massive ROI contribution." He adds: "At a certain point we do need senior people to move on. Now we have a situation where high-potential people can take on new positions themselves."

So far, this is very much a Nestle UK project - "our style is not to do global-level training," says Battalia. That said, its pet food brand, Purina, is already beginning trials of a similar programme. As for what happens after the last of the 300 leaders have completed their programme, Battalia says this will not be the end of leadership training. "We're going to continue running the project in a more refined way to all new employees," he confirms. "If you're a line manager, you'll have to do an element of the training as a matter of course. It's become mandatory study for all leaders, not just high-potential leaders."

There are around 400-500 line managers waiting in the queue to start their Nestle training, a programme that will keep both Battalia and Lane4 busy for the next year to come. "Never before have I been involved in an HR project that has lasted so long," he says, still chirpy about the process. "Most do not last this long, and most do not have such a clear connection between the programme and the business. That's why its great HR has been a part of this. Leaders are now able to look back and give us the credit we deserve. We haven't just changed leaders' hearts and minds, we've changed their guts," he says - a surprise turn of phrase.

But then again, this is a project that required a lot of guts - Battalia's own - to even get off the ground. Somehow I wonder if he is just as much relieved as he is pleased that the programme has been the success it has. "I've never taken such a gamble as this," he says quietly. Luckily for him it paid off.

1981: Joined Frito-Lay/Pepsi; moved to TFI Friday's; then to Glenlyte Lighting 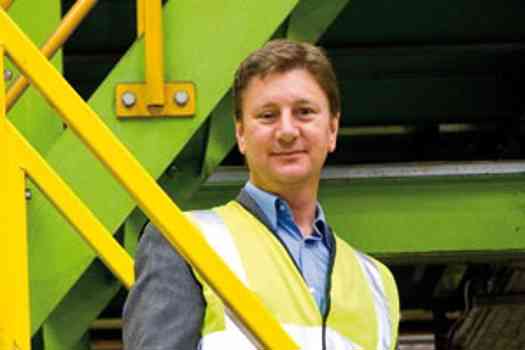 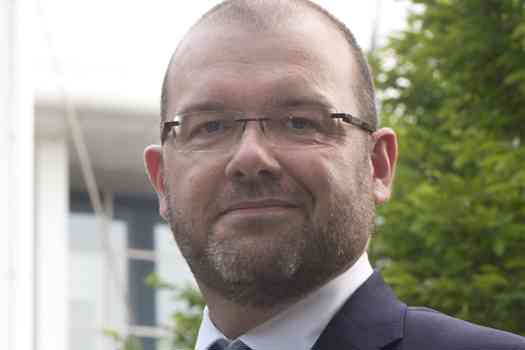 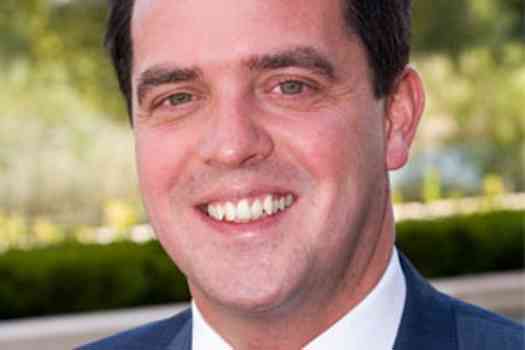 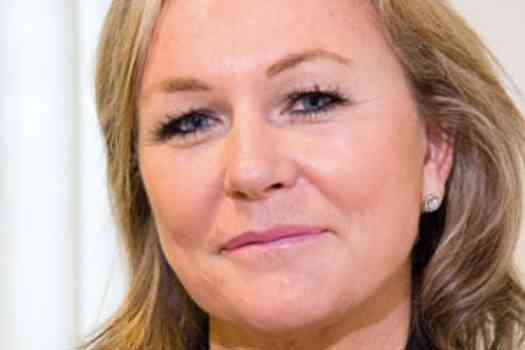