Taking a walk on the wild side with ZSL's HRD 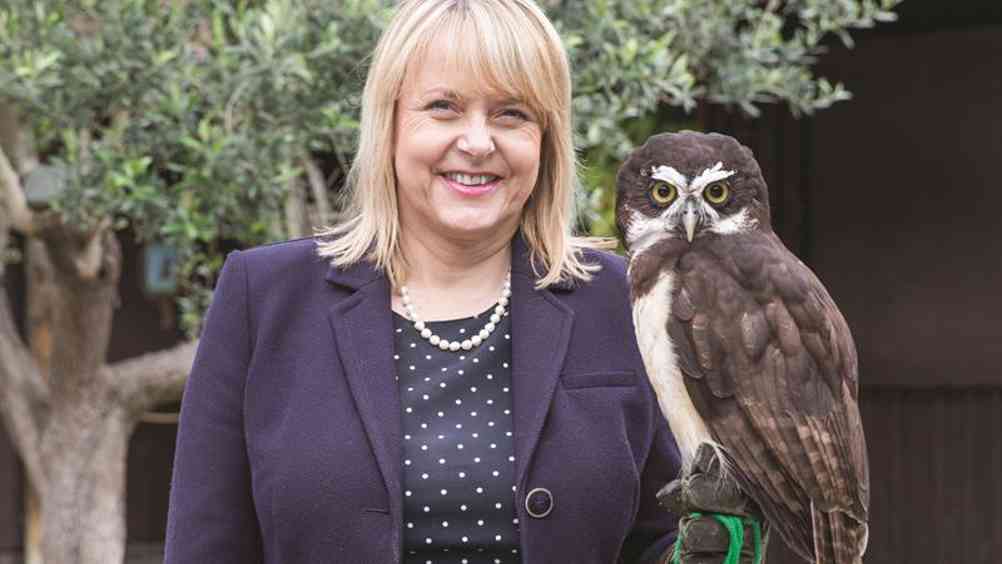 When Fiona Evans joined ZSL disorder was rampant. But engagement, training, leadership and recruitment have been tamed

How do you support an employee when a rhino is charging at them? As HR challenges go this isn’t one many will have ever had to contend with. Yet this is exactly the kind of dramatic scenario that Fiona Evans, HR director at the London Zoological Society (ZSL), had to get to grips with when she joined in 2014.

The list goes on. “It was: how do you support people when they’re in the jungle, or in a boat going down a river, or when facing a poacher?” she says.

Evans explains that most people – herself included before she started – don’t realise that a large part of what the not-for-profit organisation does goes way beyond its two zoos (London Zoo and Whipsnade Zoo), and centres around conservation efforts in over 50 countries. She explains that this was nowhere near enough of a focus for ZSL in 2014.

“When I came I said ‘how many staff do we have overseas?’ The response was: ‘we haven’t got that many actually…’ and then I discovered we had about 70,” says Evans. “We have about 150 now because of all the projects we’ve gained. But because they were on payrolls in another country they weren’t being included.”

It was a similar story for UK employees. ZSL was founded in 1826, making it the oldest scientific zoo in the world. The organisation’s 1,000-strong workforce of eminent scientists, conservationists, education, zoo and support services staff, and its 400 volunteers, were certainly doing ZSL’s prestigious heritage justice. But the organisation itself had become stuck in its ways, with HR support limited to basic administrative tasks.

“Because I’d done turnarounds before it was clear to me that things needed to be modernised,” says Evans. “I don’t think they knew what they needed; they’d been used to an HR department that just did recruitment and admin and was there to support but not actually change anything.”

Evans explains that the first job, in light of the fact she’d not been taken on with the express mandate of an HR and organisational overhaul, was to generate an evidence base for what needed to change.

Having worked extensively in educational and youth services Evans knew the power of data gathering and evidence-driven HR. She started her career in accountancy at Clydesdale Bank and then worked as a sales rep on classified advertising at Aberdeen Journals. After spells working in youth support services Evans discovered an aptitude for training and moved into HR, combining these two passions eventually at learning difficulties, autism and mental health charity Adepta and then at City and Islington College.

But when the call came about the ZSL job it was a no-brainer. “I was coming back from my summer holiday and I just remember squealing because this was my dream job,” Evans recalls. “I grew up on a farm, I’ve always had loads of pets. I came to London Zoo on a first date with my husband 25 years ago!”

Which was lucky for ZSL in terms of attracting someone who had the background to realise what needed to change. “I came from a college [where] you have Ofsted to comply with and you were always being measured. But here you came in and asked for data and there wasn’t any,” says Evans.

“But I didn’t want to jump straight in and make changes,” she says. “I’m very much ‘get your research done and build your evidence base’.”

A crucial part of this was launching a Now&Next staff survey. Also vital, feels Evans, was actually getting out and about to understand people’s day-to-day jobs. “I went out and did zookeeping quite a few times in London and at Whipsnade,” she says. “To begin with the staff were a bit surprised, as you can imagine. I think they thought ‘she’ll be gone by lunchtime’. Then they realised I’d been brought up on a farm and did know how to handle a shovel!”

Such an approach was also key in better supporting overseas staff, explains Evans. “I have visited seven of our nine country offices,” she says. “People were so lovely and pleased to see someone from London; they’d not had an HRD visit before.”

This highlighted the need to build, as an important first step, much more support around staff in necessarily risky situations. “We hired a company to go out and provide in the field health and safety, and support on dealing with emergencies,” says Evans. She explains it was then about rolling out seemingly simple, but powerful, measures such as translating policy and other HR documents into the languages of local staff.

“We decided it didn’t matter who you were in ZSL or where you worked,” says Evans, explaining this applies both geographically and in relation to the organisation’s diverse spread of roles. “We have permanent scientific staff, grant-funded scientific staff, PhD students… then there’s all the commercial staff: retail, admissions, grounds, horticultural, all the zookeepers. Then there’s the office-based staff… we have probably 300 different jobs here.”

The trick, explains Evans, has been to strike a balance between appreciating the very unique challenges faced by different staff and binding everyone together with an overarching vision and approach.

A new competency framework has been key. “There are certain competencies and behaviours that we expect of a ZSL employee whether you’re working in Nepal or on the front gate at London Zoo,” comments Evans.

The new staff survey results gave Evans the mandate to justify much more resource for ‘back office’ functions such as HR and finance. “Within a few months we’d gathered the evidence to show we needed to improve things,” she says. “All the money traditionally would be going into the zoos and mission areas. But if you grow an organisation and don’t have solid foundations it’s not sustainable. ZSL woke up to the fact that if it’s going to continue to develop and be a good employer, it needed to have solid foundations in HR, training and finance.”

Her invaluable ‘partner in crime’ has been her finance director Amanda Smith, who started at a similar time. “When you get finance and HR working together they’re a force to be reckoned with,” says Evans.

This has been critical to transforming the HR team, she adds. “I brought in the business partner model because before it was people doing any task with no designated responsibilities,” Evans says. Having her finance director onside meant she could appoint the specialist HR roles so desperately needed, such as a new reward and benefits person and a three-day a week internal comms role.

“I love having comms under me. I think that you get a more rounded employee engagement picture,” adds Evans (two of her previous jobs have involved joint responsibility for this area – marketing at City & Islington College and comms at Adepta).

Working together with her FD has also helped Evans double her training budget. Now all new employees undergo an extensive induction – critical in an organisation whose activities are so numerous and varied, but where all staff play a role in educating and inspiring the general public around ZSL’s core mission.

Leadership training has also been a focus; the staff survey revealed this as an area requiring significant improvement. “There wasn’t a framework for consistency, so you were lucky if you got a good manager,” explains Evans. “We have spent a lot of time coaching people and we’ve put on lots of leadership programmes to bring managers with us… They’ve had to come with us because we’ve introduced 360° feedback.”

This can be challenging with particularly technically-minded individuals, says Evans. “[With] some people if they can’t get there and they don’t want to then you have to think about whether they should be leading, or just in a technical job. You can redesign a bit to allow that.

“Then there are those people who have decided they can’t change and have been helped to look for alternatives. But the majority have soaked it up and are thriving.”

Technical and health and safety training for staff in the UK has been ramped up in a similar way as for overseas staff, adds Evans. She agrees with those who’d point to engaging employees with the perhaps more mundane, technical aspects of a job as a key HR challenge in not-for-profit organisations. It’s about balance, she says.

“A zookeeper is doing the same process every day, they’re hardly thinking of the vision,” she says. “They’re thinking ‘when I’m locking up a tiger at night I follow every safety procedure going’. They’re not thinking about the 300 tigers in the wild… safety has to come first.

“But if a member of the public comes up and asks them about the wider organisation they have to be able to answer them.”

Recruitment is another significantly revamped area. “That’s where we’ve saved the most money,” says Evans.” Because we would have anything from 1,000 to 2,000 applications for a trainee zookeeper for example, and it would take the managers days to go through them. Now you have key questions that knock people out, so it’s probably saving them on average two days each.”

A much more rigorous approach to recruitment has undoubtedly contributed to another notable success of Evans’ time at ZSL: increasing female representation at all levels. “I think it was a patriarchal organisation and a bit of a cradle to grave attitude,” says Evans. “Traditionally they would have come and never left. In the old days there wouldn’t have been women as zookeepers.

“There weren’t any women in management jobs before but there are now,” she adds.

A critical factor in this shift has been much more generous maternity provision, including through the Athena SWAN scheme that ensures female scientists (who are typically grant-funded so receive no money while on maternity leave) receive maternity cover. Evans also points to a new recognition scheme and event as important in highlighting the achievements of those who might not in the past have received the recognition they deserved – whether because of their gender or geographic location.

Now&Next survey results now compared with 2014 clarify the impact of all this activity. Leadership is the most improved category, with some questions boosted as much as 21%. The number of respondents who said their manager inspires them to do a good job rose by 12%, the amount who felt that way about their department director increased 19%, and the ‘I believe action will be taken by directors as a result of the findings of this survey’ response improved 17% in one year.

But the ZSL HR team are by no means resting on their laurels now. A project taking up much of Evans’ time of late has been consulting on ZSL’s defined benefit scheme, which she describes as “becoming unsustainable” in ensuring pension provision is fair between all staff. Also in the pipeline is the development of a new intranet, recruiting a new director general for when Ralph Almond steps down at the end of this year, and devising a new organisational strategy.

Evans clearly couldn’t be more excited about the future and continuing to support such critically important work. “When you see the devastation of what’s going on in the world it would be easy to give up; with the percentage of animals that are going extinct some might say ‘what’s the point?’” says Evans. “But someone has to care, someone has to do it… our staff are amazing.” 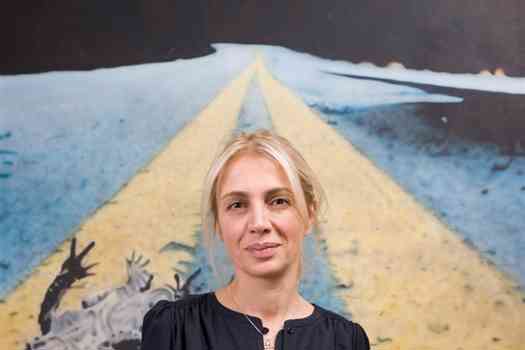 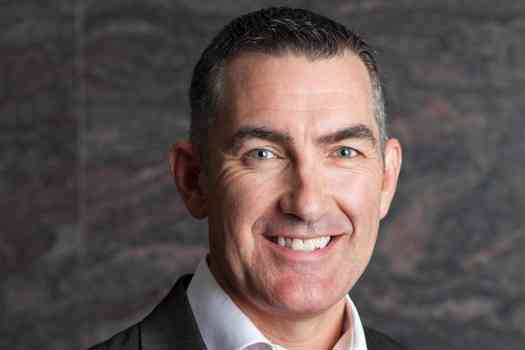 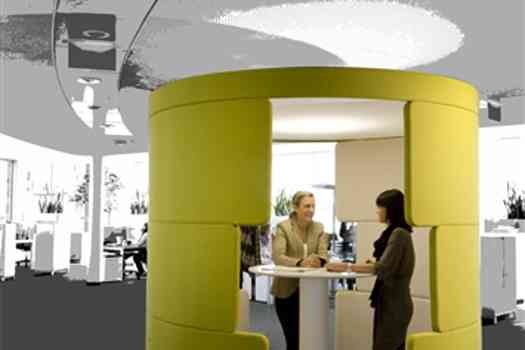