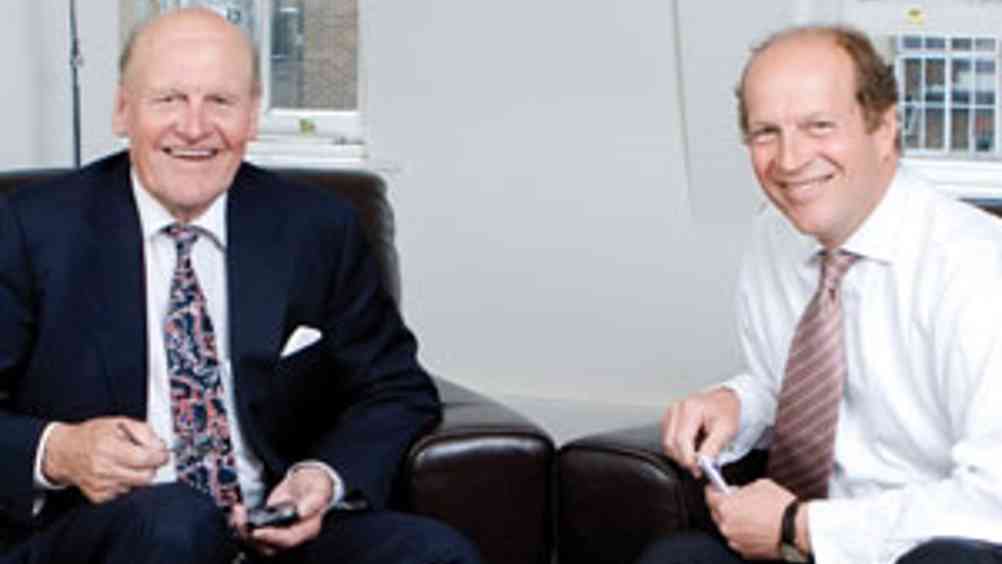 Recruitment agency chain Reed is celebrating 50 years in the business. The father and son duo who run it reflect on half a century of change in the industry.

Meeting Alec and James Reed is an entirely pleasurable experience. The top-floor Baker Street office they welcome you into (like a long-lost friend) is entirely modern, and yet its avuncular occupants - the father and son duo behind Reed, the high-street chain of recruitment agencies - are as quintessentially old-school and of a manner that no longer exists as it is possible to see in 21st century business. Eccentrics may be too strong a description (son James holds degrees from both Oxford and Harvard) but as tea is poured and pleasantries are exchanged, and the pair guffaw and playfully interrupt each other's sentences, you can't entirely rule it out.

I'm here to ask the duo to ruminate on half a century of change in the recruitment industry (2010 is the company's 50th year), and today could not be a better day for it. Today's Metro newspaper has a story of how one 'cash-strapped' council (Brighton & Hove) has been caught spending £10,000 on a flashy (video) Status Quo-themed website to hire just four people. "This is exactly the stupidity that still goes on in recruitment," bemoans Alec. "For £150 they could have come to us and we would have attracted a much better calibre of people."

All-show-and-no-substance internet campaigns designed by expensive creative agencies are the fads that these traditional recruiters like to lament. Alec, a former Gillette account manager, opened his first agency in Hounslow, renting space from a carpet shop owner when he thought he could do a better job than the existing local employment agency. He placed three people in his first week (including a tea-lady and typist) but says he realised very early on that recruitment is not the easy business some of today's wet-behind-the-ears entrants think it is. "The first office was making so much money I had to hide it from my friends," he laughs, "but the next eight I opened all lost money. I thought I had a birthright to keep opening offices but I misjudged the specific needs different regions had. Not enough recruiters know their markets. I had to learn the hard way."

This is not to say Alec didn't have his own luck to start with. The company grew, he confesses, because he could charge a premium and most recruiters did not have much idea who was charging what. "When Reed first started, we were 25% more expensive than other agencies, but it worked because, compared with putting ads in newspapers, we were still half price." This continued, he says, right up until about 10 years ago, when the cost of doing both finally equalised ("not that recruiters knew this," adds Alec).

Ironically, price parity coincided with the birth of the internet - perhaps the first serious threat to the recruitment agency model. Overnight tens of sites (like the now defunct topjobsonthenet) sprung up promising to re-write the rules of recruitment by combining technology with CV sifting and job-matching, and all at a fraction of the price. "In 1995, one of my team said we needed a website. I said, 'what's that?'," remembers James. "As soon as it was explained, I knew it was the future. When we launched we had just 40 jobs on offer, with our receptionist typing them in during her free time. It's crazy looking back on it. But the web's power really hit me when the first job hunter we placed was a guy who lived in Bournemouth, but who took a job in Basingstoke. There was no way he'd have known this job even existed before the internet."

While other jobsites have come and gone, Reed.co.uk has never been busier. In February, it advertised more than 95,000 jobs, and was officially the UK's most visited commercial website in 2009, according to web monitoring company Hitwise. Indeed, says James, this week also proves to be another milestone in the recruitment market: 103,000 people applied for a job via the site on the Monday we met - the first time it had topped 100,000, a Reed record. "We once thought 40%-60% of the business would go online," admits Alec. "I've since decided forecasting is for fools."

With so much of the father and son's business now originating online, it could be argued a physical agency network model for them or anyone else (there are still more than 400 'Reeds' up and down the UK) has finally had its day - not least because they each require a minimum of three staff to run but only account for less than 10% of Reed's placements. During 2008-09, when the number of vacancies it took from clients fell by a third, the duo's branch network did suffer, with 1,000 staff losing their jobs. But, with signs the market is picking up, 400 have since been rehired and the pair say they have no intention of cutting their high-street presence.

"We bought the company back in 2003, after three decades trading on the stock market, so we didn't have to make a profit during the recession," explains James. "We're here for the long term, and we believe that means keeping some offices in the local areas they serve. Local expertise is extremely important; we have the contract for all temp assignments for Lloyds Bank, and our local branches perform this job for the local Lloyds branches."

Old-style personal contact, based on proper client-provider relationships, might sound antiquated in a de-personalised world of automatically uploaded jobs for lower and lower margins, but it is on precisely this topic that the two get most animated - and most critical about HR departments. "If clients are serious about recruitment, they have to accept they are taking on the challenge of finding the best people," says James firmly. "There is great competition for the best people. The clients that treat us as a strategic partner are the clients we'll always see first. Those that want to treat us like toerags - we won't."

According to the Reeds, the arrival of procurement departments is having a corrosive impact on recruitment, and there are now entire companies it has blacklisted. "When you're recruiting, you're not buying widgets," they say. "Procurement people are trained to make HR people think they are supplying a commodity. When HR is marginalised from the recruitment process in favour of procurement officers, that's when things start going pear-shaped."

"I'm not saying we always get things right for clients," adds James, "but clever employers engage with us; by this I mean they give us actual workforce planning data, so we know exactly what their current and future requirements are. It's about being treated as part of a partnership. Skilled recruiters don't even talk about margins, but they are not the majority. Recruitment still needs to move upmarket. Everyone has a finance director; HR seems to come some way down the list."

The internet has not only accelerated change, it has changed jobseekers' habits. Back in 2004, the Sunday Times' 'Work in Life Survey' found 77% of people would look for jobs solely in newspapers. It found 46% of jobseekers would go to a recruitment agency, with only 34% going online. This has since turned on its head but Reed has survived by Reed.co.uk mopping up the drop in agency visitors. However, it could still be argued there is one remaining threat: jobseekers bypassing both job boards and agencies altogether and applying to companies direct. Reports say up to 30% of people now regularly do this.

"I don't worry about people applying to companies via their websites at all," retorts Alec emphatically. "Most employers don't have a strong enough brand; jobseekers still have to go to job boards (most register with an average of five). It comes back to being smart HR professionals/recruiters again," he adds. "Most will tell you they want a good choice of people. Just seeing people that have come onto their website makes very little sense. They wouldn't see the best of the market, just the people that visited their websites."

But is he so sure of this? "In the end, I think employers will be more choosy about the number of sources they get people from," says James. "But that will only mean better relations with the established parties (there are more than 700 job boards now)."

At the moment, the focus for the pair is to do their part in engineering the UK's economic recovery. Reed has historically done well in recessions because the temporary workers market has kept its business afloat. Today, Reed is the founder of the 'Keep Britain Working' campaign and it follows on the heels of the last recession when, in 1998, Reed was one of the first private companies to become involved in then prime minister Tony Blair's Welfare to Work programme.

Under the scheme the Government paid a fee to Reed for every long-term, unemployed person it placed in a job. Coincidentally, there is a framed picture of Blair and the two Reeds, with Blair having signed it 'thanks for all your help'. Blair realised just how important stimulating recruitment was to the economy. Time will tell if the two get a similar photo with David Cameron and Nick Clegg.

"What is recruitment?" muses Alec. "In some ways, nothing has changed in the past 50 years. I tell people we're in the business of restoring human dignity. That's what I still get a buzz from." 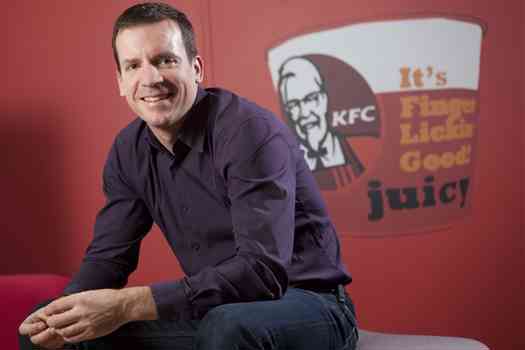 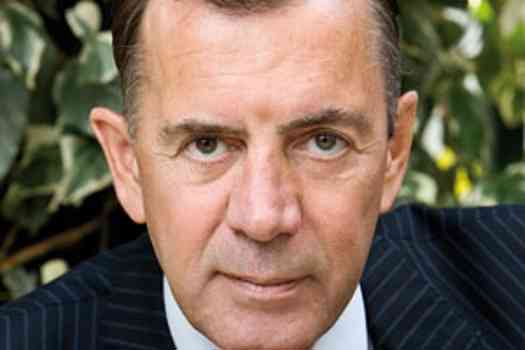 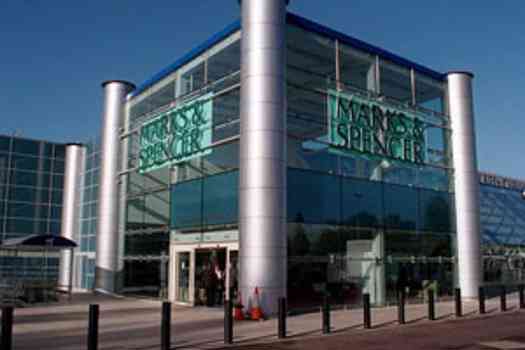 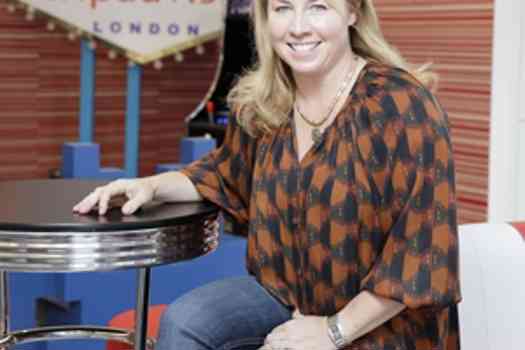 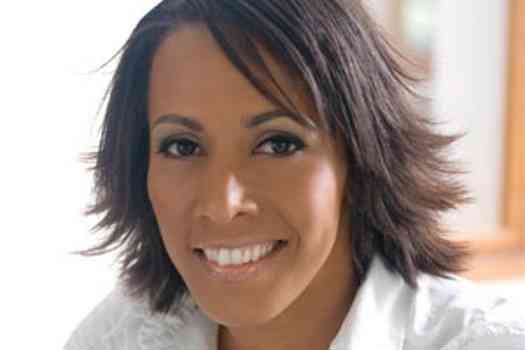