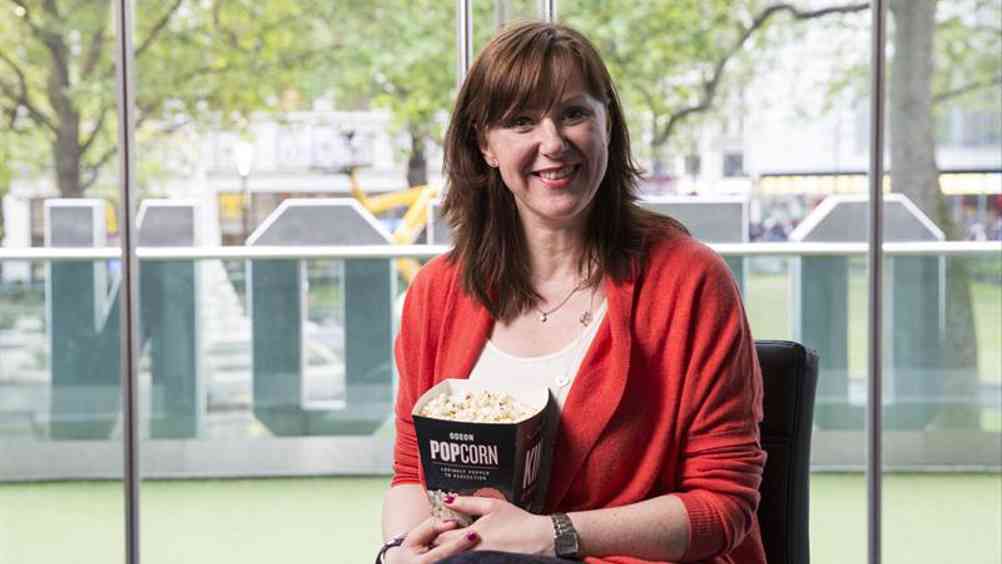 Building organisational capability and creating a purposeful, engaging and high-performance culture has been vital

An experienced HR director contemplating her next move. A business in trouble. A crack management team parachuted in to turn things around. All the ingredients of a successful blockbuster – if only Hollywood studios made films focused on the difference great HR can make to an organisation…

This is the story of an impressive turnaround in the UK’s leading cinema chain. Odeon Cinemas Group was struggling, posting losses of almost £40 million in 2014. Its owner at the time (private equity company Terra Firma) was keen to sell, and Paul Donovan had been appointed CEO with the task of establishing a turnaround team to enable a profitable sale.

Two years later Odeon was sold to US chain AMC. In the UK its market share had risen to 19.4%. Much of this success is down to its people strategy, led by group chief people officer Kathryn Pritchard.

“A CEO has two special relationships within his management team,” says Donovan (who left the business at the end of 2016). “One is with the CFO. The other is with the HR director, and is focused on building organisational capability and creating the conditions for a purposeful, engaging and high-performance culture. In a leisure and hospitality business such as a cinema this is vital to business performance.”

The HR director Donovan chose was Pritchard. Having previously run big cultural change programmes at organisations including the BBC and advertising agency Aegis Media – as well as handily loving film and living five minutes from an Odeon cinema – she was a perfect fit.

“I’ve always been interested in established brands and how you change something with so much heritage,” she says, in between handfuls of salted popcorn, when HR magazine meets her at Odeon’s flagship Leicester Square cinema. “It’s how you find the kernel of what has kept the company alive for so long, bring it up to date and make it relevant. A turnaround that’s going to be measured by a sale was a really tantalising opportunity. We, as an executive committee, shared the view that customer satisfaction, people motivation and engagement, EBITDA and therefore a great sale went together – but none of it was possible if you didn’t have the people piece working.”

On joining Odeon Pritchard found the people piece just wasn’t working as well as it could be. Although the business was “lovely” and “full of passionate people”, things were siloed across geographies (then seven countries) and the people function was stuck at transactional. “Lots of good things were happening, but they weren’t formalised,” she recalls. “Good practice was patchy and there was no strategic thinking about the employee value proposition.” A 2014 Organisational Health Index survey (OHI), run by McKinsey, put Odeon in the third quartile.

“The survey measures nine practices, and all of them were pretty dire,” Pritchard says. “But one of the things it showed is the motivation of our people on the floor, which gave us a clear mandate from a people perspective. We talked to our colleagues about what better would look like and they were clear they wanted a sense of fun at work, they wanted to develop their skills, and they wanted to harness the flexibility that working in a cinema would give them.”

These insights were used to develop an EVP, which covers the seven steps of the employee lifecycle and touches every important HR process, from recruitment to bonus schemes to performance management. “We’ve got much more transparent about what you can expect when you work with us,” Pritchard says.

There’s one word that comes up repeatedly when talking to Pritchard about Odeon’s people strategy, and that is ‘fun’. “If it’s not fun we shouldn’t be doing it” is her philosophy. “Everyone wants to have fun, it’s not just a young person thing,” she elaborates (a third of Odeon’s employees are under 26). “We make it our business to not just give permission, but to encourage our people to have fun. We are a leisure business. We want our customers and guests to have fun, so we need to be entirely congruent in that.”

This mission is reflected in HR initiatives that lean towards the quirky. The induction process ends with a board game and last September was badged ‘Sharetember’ and dedicated to encouraging peer-to-peer learning. One month a year is dedicated to celebrating Odeon’s values and vision. In 2016 it was brought to life via a giant advent calendar that toured cinemas, with an exciting activity linked to business strategy behind each door. This year employees enjoyed Vision and Values Fest 2017 – tagline ‘Turn it up’ – with activities like a lip sync battle, uploaded to the firm’s widely used Google Plus community.

“We genuinely encourage people to share their thoughts and ideas and connect with each other,” Pritchard says, on how to make the most of internal social networks. “It’s about catching onto that virtuous energy. When we are running campaigns [like Sharetember and V&V Fest] people are actively loading videos, pictures, liking, sharing. They are bouncing off each other across loads of different geographies. It’s a really powerful tool for us. You can see the kind of things that are catching our people’s imagination, or bothering them.”

But Pritchard is keen to make the distinction between encouraging and enforcing fun in the workplace. “You can’t force people to have fun; that’s a paradox. We invite people, and we invite them in a way that hopefully makes them want to join in. That way you’re working with the energy and motivation of people rather than pushing against it.”

The same approach is taken to learning and development. “We don’t mandate learning interventions; we invite people,” Pritchard explains. “You pull, don’t push. We ask people if they want to get involved in things and they almost always say yes.” An example is Odeon’s ‘Brand Heroes’ programme, which fast-tracks talent. Anyone in an entry-level role can nominate themselves, producing a video saying why they want and deserve to get on the programme. General managers then pick the successful candidates. In 2016 more than 200 people were named ‘Brand Heroes’ and 30% of them have since been promoted. The programme is now being extended to ‘Experience Heroes’, for more senior colleagues.

“I like self-nomination because I really like the idea of empowering the individual,” Pritchard says. “I don’t think the organisation should abdicate responsibility for people’s careers, but I do think you own your destiny. We are not forcing people to do programmes or have fun. We are issuing invitations.” She cites the example of someone who has just moved into the finance function from a frontline cinema job after bumping into the CFO at a brand hero day. “A career here selling popcorn could lead you anywhere,” she comments.

“We used to think people would work with us because they loved film, but now we know people want to develop their careers and skills,” she adds. “We have become a lot clearer about what the career opportunities are and what our part is in that, and what the individual’s part is.”

All this work has made a positive and tangible difference. Odeon’s fortunes reversed (2015 profits were £14.5 million) and last November it was sold to US chain AMC for £921 million. “All through the sales process AMC was impressed with the attitudes and behaviours of our people,” Pritchard says proudly. “It’s accepted in our business that you can only do these things through people, and therefore your HR function is really important to the sustainable growth of the business.”

The latest OHI scores put Odeon in the top decile of companies that McKinsey has in its database, and an impressive 97% of colleagues took part in the survey – a statistic that is perhaps more telling than the score itself. It’s not too surprising then that Odeon has won several industry awards for its transformation programme, including an HR Excellence Award in the ‘Leading Transformation’ category, and that Pritchard was nominated for HR Director of the Year.

With the business doing better Pritchard has been able to raise wages across the board, moving away from the minimum wage. “Our profit was up and we thought it was an important signal to give our people,” she says. “We are always under pressure from a cost perspective, but we felt symbolically it was important to [increase wages].”

She has also abolished zero-hours contracts within the business. Now Odeon gives everyone guaranteed minimum hours, with the ability to add more. “So few people were doing less than four hours why wouldn’t you give them a contract that had that many hours?” she says of the rationale behind the move. “We’ve found people were really appreciative. It boils down to transparency and being a bit more generous as an employer. You reap what you sow don’t you? And you’ll get back more than you ever give.”

Post-sale, Pritchard’s portfolio has increased as Odeon now has a presence in 14 countries and she is currently running an integration after AMC’s acquisition of Nordic Cinema Group. “There’s no doubt about it, 14 countries reporting into the US is a much more complicated organisation to orchestrate than we had two years ago,” she says. “Now it’s about sustaining our performance, staying in touch with our people, making sure we continue to have that dialogue at an organisational level – and making sure we have fun.”

She sees more similarities than differences across Odeon’s geographies: “People want to be treated fairly and they want a transparent deal where they know where they stand. They want to be recognised and have the opportunity to grow and develop. The way you might relay that in the different territories varies. Local HR teams pick up the core practices and often do it 80% the same way, changing and adapting to meet local needs. But the fundamentals are the same.”

Overall, Pritchard passionately believes HR’s purpose in a business is to “architect a culture that makes high performance a certainty”. “Great HR has insight, knowledge and skills about how to create human systems,” she adds. “All the elements need to come together to allow people to perform at their best.” She pauses and eats some popcorn. “That is a long-winded way of saying culture – but I think you need a long-winded way of saying culture because it means so many things to so many people. If you don’t define it and get granular you won’t get the same results.

“The devil is in the detail,” she continues. “If you want to create that culture you need to be rigorous and thorough. Great sweeping statements are fabulous – you need that direction and vision – but you also need the execution to add up behind it. That’s what HR should be doing. 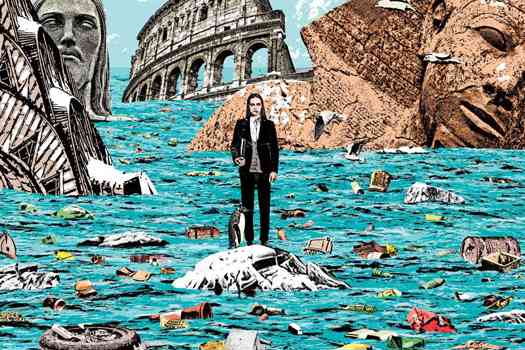 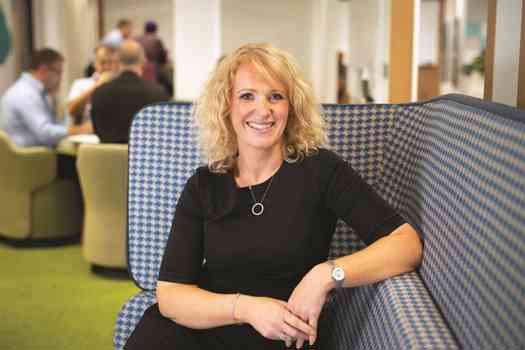