Monday 13 August 2012: a date many will remember three years on as a day of huge, albeit slightly wistful, national pride. Sixty-five British Olympians were gazing lovingly at their medals, officials were congratulating themselves on the smooth running of London’s transport and security infrastructure, and the nation was reluctantly going back – after an unexpectedly below-budget, on-time, and highly successful Olympic Games – to business as usual.

But for some the story had just begun. Not only were the nation’s sporting bodies now turning their attention more urgently to that much talked-of, and so somewhat daunting, concept ‘Olympic legacy’. So too were those tasked with deciding the best legacy use of the Queen Elizabeth Olympic Park.

It was indeed a somewhat overwhelming sense of ‘where do we go from here?’ which greeted London Legacy Development Corporation (LLDC) HR director Sally Hopper when she took the post in March 2013.

“I really felt at first that I’d arrived very much when the party was over,” recalls Hopper. “I was meeting with people as part of my induction and saying ‘what do you do?’ and it wasn’t uncommon for them to say ‘I did the procurement’ or ‘I helped choreograph the opening ceremony’. I thought: where do I go from here, how do you top that?”

The not inconsiderable task facing Hopper was knitting together a wide range of interests within her 150-strong workforce, and indeed across the wider group of Olympic Park stakeholders, such as the area’s five Olympic boroughs. Her task was to bring together a number of organisations to form one cohesive culture and one achievable vision.

The original 2012 legacy plan set out by LLDC at the close of London 2012 was suitably ambitious and varied. It included making venues suitable for both grassroots community use and high-performance competitions; creating more than 22 miles of interlinking pathways, waterways and cycle paths and 252 acres of open space; developing the former Press and Broadcast Centres for commercial use; and creating five new neighbourhoods.

Hopper explains: “The real estate team had a certain set of interests; the events team have to make it a good visitor and destination experience; plus we’ve got high-profile stakeholders like Boris Johnson [former LLDC chairman] and the local community. They all have a view and that’s really important, so we had to bring a sense of order to that.”

Luckily the LLDC team was in safe hands, both in terms of its new CEO, former chief executive of the Olympic Delivery Authority (ODA) Dennis Hone (who stepped down in May 2014), and with Hopper. Having come from five years as head of HR at the Scout Association, where she worked after 19 years at the City of London Corporation, and as a trustee of the London Playing Fields Association, Hopper’s track record for creating life-enhancing spaces was well-established – as was her record on transformational change.

Of her passion for well-planned outdoor space, and of revitalising the east London area, Hopper adds: “I grew up in Leyton, so was very near to what is now the Olympic Park, so transforming the whole area has been incredible. Stratford was not such a nice environment when I visited when I was younger, and I think there’s a correlation between people’s environment and their wellbeing and ambition.”

Hopper’s first course of action when she arrived once more in Stratford so many years later was to identify the myriad issues such a unique set-up had produced within LLDC. An employee survey uncovered that 63% disagreed that ‘Everyone understands how goals are aligned and contribute to purpose’; and 68% disagreed that the ‘organisation manages change well’. Perhaps most critically, 68% disagreed that LLDC had a ‘Legacy Corporation first, directorate second’ ethos.

Adding to this challenge was the prominence of fixed-term contracts. “When I arrived, 57% of the workforce were on fixed-term contracts, including myself,” reports Hopper. “There was a sense of: ‘I can’t be sure of what we’re doing here and why it’s important to me.’”

Hopper’s response was to launch a ‘One Organisation’ action plan. “My job was really to bring people together and to have a positive clearing of the air. We received 1,800 pieces of feedback, and from that came our vision,” says Hopper, explaining that it was vital that values such as ‘collaboration’ and ‘excellence’ came from the workforce itself. “Some people roll their eyes when you say you engage with the entire workforce so intimately. But the return on investment speaks for itself,” she says.

“We said quite openly ‘you need to get on the bus or off the bus, and if you want to get off, we’ll help you’,” she adds. “Dennis standing in front of the entire workforce right at the start to say that we needed to have a shared vision was crucial.”

Senior buy-in has been critical in supporting the alignment of basic HR principles across the various founding organisations. “From an operational point of view it was quite dysfunctional; we had different handbooks, pay tables, different everything, and so it was all about bringing in some really basic HR,” says Hopper. “Change on this scale is never pain-free, but we came through it dispute-free.

“But it was key for me to hold firm and be clear about what I was trying to do because I had every level challenging me. It was tough. I remember Dennis asking me if it was really going to be workable. I said: ‘Don’t doubt me; ?it will work.’”

The real proof of success comes, says Hopper, in what LLDC has achieved. Since the park opened in April 2014 it has attracted five million visitors. The Aquatics Centre has attracted more than one million visitors, with its Tom Daley Diving Academy in high demand, and the Lee Valley VeloPark has attracted over 700,000 people. The stadium has hosted, and will continue to host, a range of events, including the Invictus Games, a new international competition for wounded and sick servicemen and women. ?It is also being readied to become the home of West Ham United FC and the National Competition Centre for athletics in the UK.

“Some of the things people previously didn’t think were for them they’re now realising are,” says Hopper. “The Tom Daley Diving Academy, for example; I think if you’d told people in East London they’d have a chance to do that they wouldn’t have believed you.”

A reduction in the planned number of houses bears testament to inter-directorate collaboration, with the real estate team able to make concessions to the park’s remit as an increasingly popular visitor attraction.

Perhaps most strongly showcasing LLDC’s newfound agility has been its ability to react to the most significant change of LLDC direction so far: ‘Olympicopolis’. The scheme was given the official go-ahead and £141 million of government funding last autumn, and will see the Stratford Waterfront area transformed into a cultural quarter, with plans for V&A, Sadler’s Wells, University of the Arts London and Smithsonian Institute outposts.

“Whereas most of the big museums and galleries are in west London, this will be something in the east,” points out Hopper, adding: “Would we have been in such a ?position of strength to be able to deliver such a demanding schedule for Olympicopolis had we not done this [the One Organisation action plan]? No. Because we just didn’t have the cohesive workforce.”

“Job descriptions are definitely changing much more rapidly than they would in other organisations,” she adds. “That’s about being absolutely honest with the workforce that they were very valued over there doing that, but we now need them to go over there and do that.”

Of Boris Johnson’s latest plan to add a slide to Anish Kapoor’s Orbit sculpture, Hopper adds: “Because it’s evolving and it’s ambitious, reach-for-the-sky stuff, it’s about taking the workforce along with you and them not laughing when you say ‘Boris wants to add a slide’.
“The mayor is so ambitious for east London and it’s really energising and infectious,” she continues. Other organisations might go: ‘Are you for real?’ But he is for real and we have to have a sense of humour and be excited about what we’re doing.”

Complementing LLDC’s agility is, however, a strong focus on forecasting, which includes planning around potential surveyor and real estate skills shortages. “You need to be cost-sensitive and make sure you’re ahead of the game in terms of skills, and those skills aren’t acquired overnight,” says Hopper, explaining that the LLDC team has five apprentices working within its 150-strong team, along with surveyor interns. This has had a positive knock-on effect within the park itself, with 60 apprentices working there at the moment, and contractors encouraged by the examples set by others.

Hopper is confident that the park is well on ?its way to being every bit as successful as ?London 2012 itself. She is also confident that, despite its not innumerable critics, the space is making good progress delivering on those multitude of promises – creating jobs for local people and providing a whole range of spaces for people to enjoy – made at the very outset of the Olympic bid.

Making LLDC fit for purpose has not been “for the faint-hearted”, and it has sometimes been fraught with “head in hands moments”, says Hopper. But it has also been filled with moments of huge satisfaction.

“The park opening [gave me] an overwhelming sense of pride because I knew how much work had gone into that. When I was here last year for the Invictus Games I had that feeling again,” she says. “Then it’s just so rewarding to come here on a day-to-day basis. It’s great coming out here and seeing loads of people having free fun. That’s got to be a good thing.” 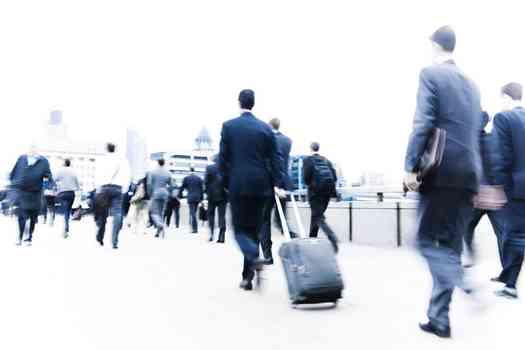 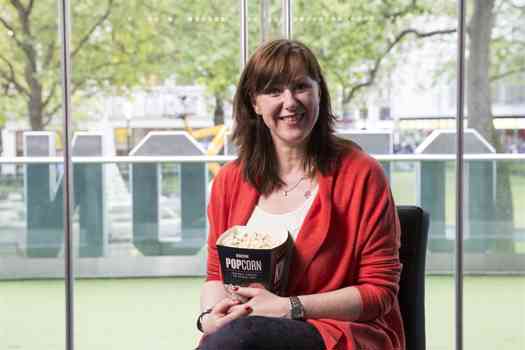 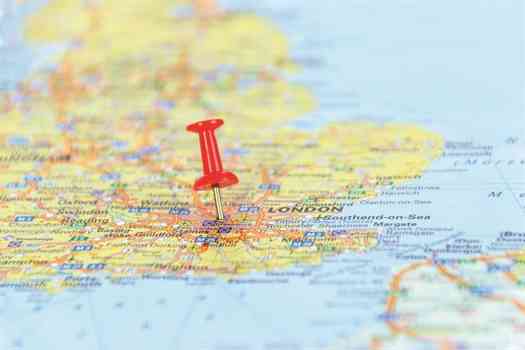