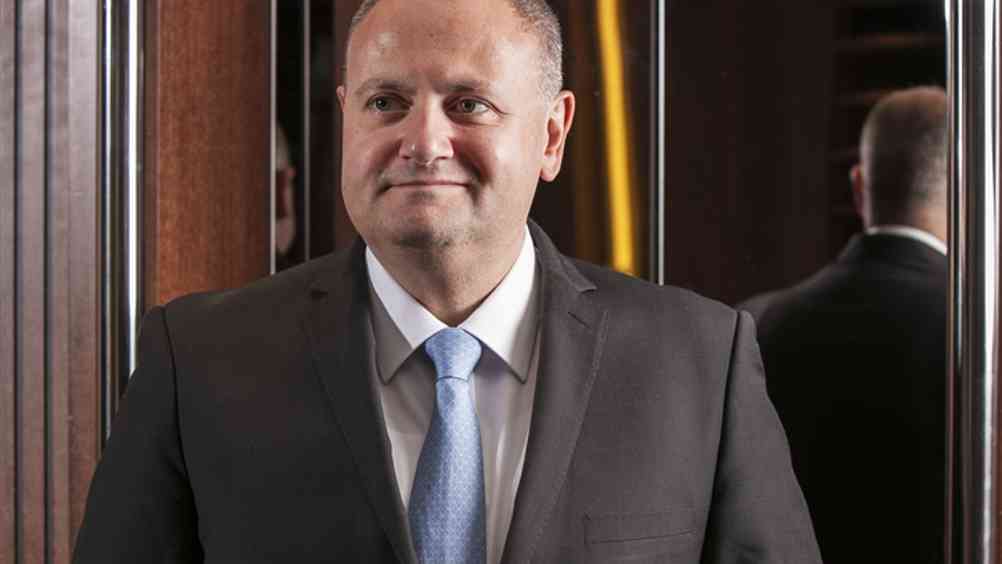 There are many roles required to keep a hotel running smoothly, and Eugenio Pirri, VP people and OD at luxury hotel group Dorchester Collection, has done most of them. Since the age of 18, he’s changed sheets, restocked minibars, sweated in kitchens, maintained buildings and worked in accounting at 11 hotels in five countries before finding his niche in HR 18 years ago – where he’s stayed ever since.

And fresh from sweeping the board at this year’s HR Excellence Awards (Pirri himself was crowned HR Director of the Year 2014, while his team took home Outstanding Employee Engagement Strategy, Best HR Team and the overall Gold Award), it seems not only did he choose the ideal career, but that the industry is lucky to have him.

We meet at one of Dorchester Collection’s two London hotels, 45 Park Lane, three days after his win. “I don’t claim to be an expert in HR, just someone who is very passionate about people,” he says, self-deprecatingly. “I don’t know if I would ever leave the hospitality business. I love that everywhere you go in the world, there are hotels.”

In his nearly two decades in the industry, Pirri has worked for brands including Delta Hotels (in his native Canada), W Hotels and Fairmont Hotels and Resorts (where he was involved with the closing and reopening of The Savoy). He joined the Dorchester Collection from The Savoy almost three years ago, attracted by CEO Christopher Cowdray’s “belief in people”.

“I’ve worked for so many companies, I can tell straight away if someone is just saying they believe in people,” he says. “There’s no doubt [with Cowdray] that he really believes in the power of people and believes you have to create a work environment where people want to be engaged, fulfilled and developed. Treat employees well and they will treat the guests well. It was one of the few times I’ve walked out of an interview thinking: ‘This is the company for me’.”

The Dorchester Collection had never had a head of HR before, and although Pirri acknowledges it had “amazing HR and strong L&D” across its 10 hotels, some work needed to be done to bring everything together. With only five in his central HR team, Pirri has had to come up with a strategy to connect the 3,800 members of staff across the US and Europe and provide the group with a platform on which to grow (the aim is to reach 20 hotels).

This people strategy has three key strands. The first two are what you might expect: a more systematic approach to attraction, retention and development of talent, and building a culture of inspirational leadership. The third is more unique: HR’s role in delivering the ultimate guest experience.

“I genuinely believe you can’t manage things in silos,” says Pirri. “It always seemed strange to me that HR departments were responsible for employee engagement, but were not doing it in tandem with what guests were looking for, or how we do CSR, or how we innovate. We’ve linked all of those together.

"We are not a traditional HR department because [as well as HR], we are responsible for L&D, innovation, CSR and employee and guest engagement. Being responsible for so many different areas, it’s important to link things, because if you do something [in one place], it’s going to have a knock-on effect on those other drivers.”

So when it comes to linking employee and guest experience, questions on the employee and guest engagement surveys are aligned to see the direct correlation. All questions are also linked to the company’s five values (passion, personality, respect, innovation and working together), as is training and development.

It’s evidently working. Employee engagement is consistently above 90% and this has had a direct correlation with performance, driving additional revenue from guests up 10% to £7 million. It has also saved £2 million via reduced attrition rates.

Such high levels of engagement in good times are one thing, but what about in difficult circumstances?

Over the past two months, the Dorchester Collection has been subjected to a boycott, due to its links to Brunei, which recently imposed draconian sharia law including making homosexuality punishable by death. The group is owned by the Brunei Investment Agency, an arm of the country’s finance ministry. The iconic Beverly Hills Hotel in LA has already suffered estimated losses of $1.5 million, due to some celebrities refusing to stay there and cancelled events.

Pirri, who is himself gay, has previously pledged to protect staff from any downturn in business. “All we can do is communicate our message,” he says. “We love our workforce and hope they continue to love us.” A recent global engagement survey suggests the feeling is mutual: engagement scores held at 90%, the same as the year before. “We can’t kid ourselves; people are concerned and curious,” Pirri adds. “But we have not lost one employee. We’ll see what the future holds, but at this point people have been very loyal.”

This loyalty isn’t too surprising given the amount the company invests in its people. From the day they join, employees are enrolled in Dorchester Academy, which provides training from on-boarding, to 10-minute refresher modules, to leadership development. This is particularly useful for the 42% of the workforce classed as Gen Y, says Pirri: “They are always looking for opportunities to develop and they want it a lot quicker than I wanted it. The Academy means they are continuing to grow and learn, but we’re not a company with 100 hotels, so it’s more difficult [to promote people].”

All training is based on core standards, developed after Pirri joined and which stipulate the base minimum the company wants guests to be experiencing. “We did it as a base because individuality is really important to us,” he explains. “We don’t want 45 Park Lane to be like The Dorchester. And if you’re going to hire based on personality, we don’t want everyone to be robots.”

Personality – something Pirri has in spades – is just as important for senior leaders. “The ideal leader is someone who inspires,” he believes. “Leading and managing are very different. We always say: ‘Manage the process, but lead your people’. Leading your people is about creating that inspiring and engaging environment. You can’t tell someone: ‘Be happy’. You have to create an environment where they feel they can be happy.”

That’s why Dorchester Collection believes it’s worth investing in its ‘Inspire’ executive development programme, where executives are flown to a location and spend five days in an intense programme, complete with one-to-one coaching. Pirri admits it’s a costly exercise, particularly when you consider some people may leave the company rather than stay long-term.

“We decided we have a greater responsibility to make the industry better,” he says. “It’s about creating better leaders for our industry, which sometimes gets a bad rap because of turnover and the hard work. Our role as big companies should be to create great leaders, great environments and a great reputation for the hospitality industry.”

Innovation that makes a difference

On reputation, the hospitality industry may not appear to be the most innovative of sectors (the Government’s 2011 and 2013 UK Innovation Survey both relegate hotels and restaurants to the bottom of the pile when it comes to being ‘innovation active’), but Dorchester Collection is bucking that trend, led by HR. “Innovation is ingrained in who we are,” believes Pirri. But, once again, it used to be that ideas were being implemented individually in hotels rather than being presented on a global stage. To bring everything together, Pirri has facilitated the introduction of innovation forums and created a ‘3i’ innovation framework (insight, ignite and implement).

“The best types of innovation are the ones that make the job easier and our employees are the best idea generators as they are on the floor 24/7,” he says. “They can tell us what works, what doesn’t and what guests are looking for. A lot of people think innovation is just about technology, but that doesn’t mean an awful lot to room attendants. What is going to make their lives easier? It could be how we allocate tables in the restaurant or serve food in the canteen. People might say that’s not innovative, but innovation is not about having the biggest idea. It’s about finding ways to make innovation something people feel is achievable.”

And this is where Pirri believes HR comes in. “HR is there to be part of the ignite process,” he says. “It’s about getting people feeling comfortable to bring up ideas and voice their opinions. There’s an expectation that HR people can read a P&L statement, write a budget and recruit, but in the eyes of the employee, they need to know you are creating an environment where they can communicate with you, that they can get an answer from you, that you’re going to be a cheerleader at times and the person they can rely on when something goes wrong. That’s what employees see, and it’s much more important to create that.”

He continues, warming to his theme: “You wouldn’t have a job as an HRD if you couldn’t do that other stuff. What’s more important is the persona you put out there. People need to feel comfortable or you’ll never be successful. You’ll be a great administrator, but that’s not what an HRD is.”

And how does he remain approachable? “I keep a bowl of sweets on my desk, that draws them in.” But I hardly think he needs that incentive to get them through the door. 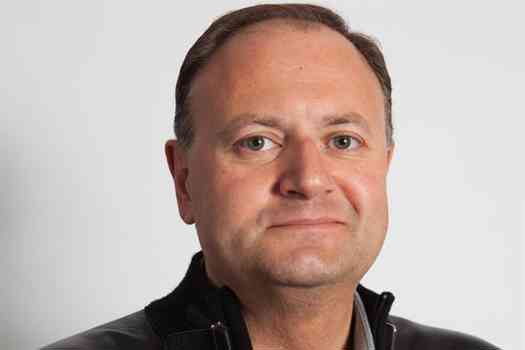 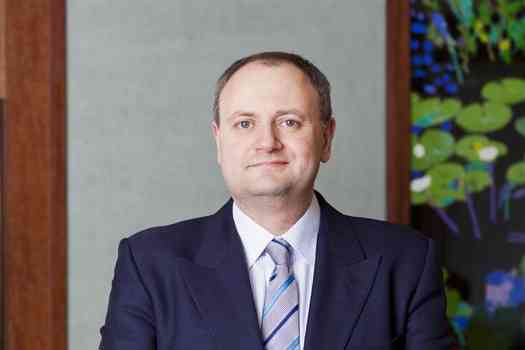 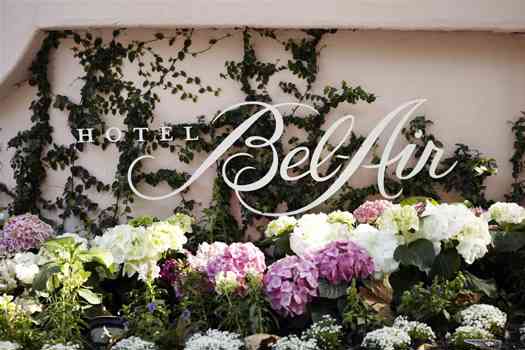 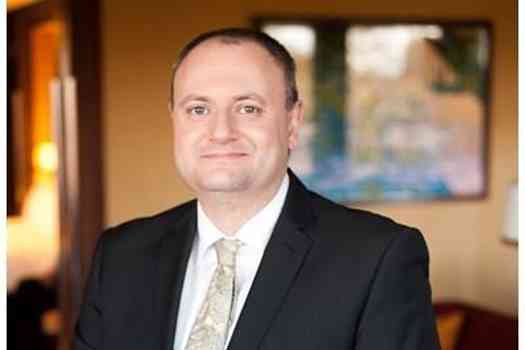 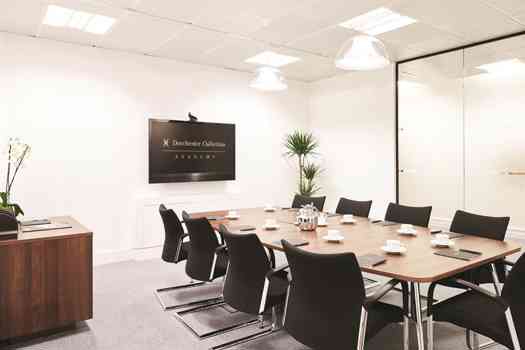 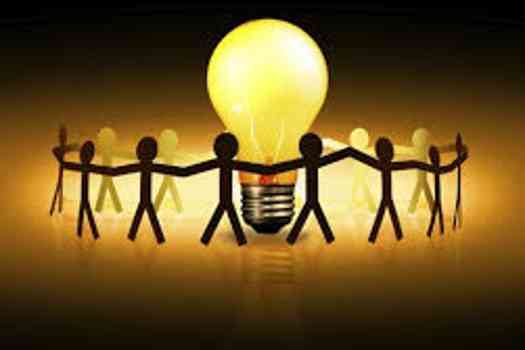