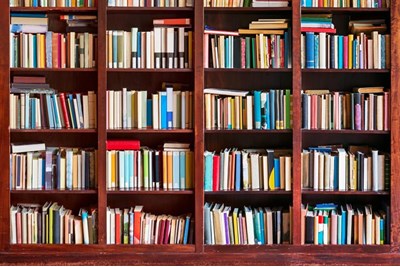 The gig economy has created legal questions, but there are several areas besides worker status to consider

The growth of the gig economy continues unabated and not just within areas such as couriers, food delivery firms and taxi drivers. As more employers of all descriptions recognise the benefits of opening themselves up to this vast talent pool, it’s morphed to include a much broader gamut of skilled roles.

The term ‘gig economy’ has rarely been out of the headlines recently because of high-profile tribunals against the likes of Deliveroo and Uber. But away from this issue of worker status, does the growth of this way of working throw up a range of different legal considerations on a day-to-day basis that employers need to bear in mind? Partner at law firm Vedder Price and chair of the UK/EU employment law committee Jonathan Maude thinks so.

“A lot of organisations want to employ in this way because it gives them a global talent pool and for many it will give them the best that they can get, but on the other hand the business needs to be safeguarded appropriately,” he says. “Whether someone is a worker or an employee is for me almost entry level. The point is that in a business environment there are exposures that they need to take steps to minimise”.

Maude says that, with ever-increasing supply chain complexities, more businesses will be subject to company disclosure requirements under the Modern Slavery Act 2015, and they must be able to prove their claims.

He says: “The reality is that this broader way of working means organisations need to think about what controls they have in place to ensure that they comply with their own statements and that their suppliers comply too. It comes down to monitoring and having safeguards in place, which I don’t think many organisations have.”

The same, he says, is true of the UK Bribery Act, where it is vital to have policies (particularly in large multinational businesses). “Unfortunately with such a disparate way of working this can be very challenging,” he adds.

Partner at law firm Brabners, Emma Clarke agrees that it’s not enough to simply make statements. “If you use alternative methods of working and you know there is a supply chain there, you need to take that into account. You need extra due diligence to know exactly who you’re working with. The reality has to meet your statements and contractual terms,” she explains.

Another area that becomes relevant when gigging starts to include skilled consultants, IT specialists, web designers or data processors, is restraint.

“To make sure these people aren’t on your books as employees you are effectively relinquishing control. It’s a risk-balancing exercise,” says Holly Cudbill, employment solicitor at Coffin Mew.

“If there are people that could damage you by going elsewhere and sharing secrets, then you shouldn’t be engaging with them in a loose contract because you will be exposing yourself to risk.”

It is acceptable, she says, for contracts with consultants to include confidentiality provisions and even restrictions regarding the competition. But Alan Price, CEO at employment law, HR, and health and safety consultancy Croner, says that particularly with low-skilled workers this could get employers into hot water while also blurring the lines of employment status.

“They can put clauses in their contracts, but while we are still in the EU there are certain human rights articles that secure the right to free movement,” he explains. “Exclusivity agreements exist, but you must make sure you don’t fall foul of the Competition Markets Authority as well,” he says.

Price says that many gig workers too readily sign their rights away with flexibility and freedom as the pay off. But with such a complex area Croner advises employers against including these sorts of restrictions, unless they are prepared to make the person an employee. “If you want them as a true contractor then you can’t put these kinds of restraints and restrictions in place, it’s that simple,” he states.

Employment specialist at law firm Weightmans, Michael Ryley says that although the idea of gig working has expanded to include a much wider range of roles in the UK, this US-based model does not translate well to more specialised jobs or to the more complex EU and UK legal system. He cites examples where IT firms have been accused of discriminating against contractors, “having little regard for people” and “not behaving responsibly towards them”. But he questions whether this is more a symptom of “how the business sees itself” than a question for employment law.

“Gig economy businesses are quite free-wheeling, flighty, smart and flexible. It’s an exciting business concept but it can get bogged down; especially in Western Europe where we have some fairly onerous employee obligations and I think that probably cramps their style,” he says.

Discrimination covers a vast area of issues, more commonly thought of perhaps as sex, age or race. However, could the more day-to-day issues of exclusion from training, group communications or team events also amount to discrimination? Cudbill notes that discrimination in this area of work is becoming “a huge issue” but that most of the legal consequences come back to the issue of employment status, and that if a person is genuinely self-employed the issues fall away.

If they want the protections, she says, true gig working is not for them.

Ensuring sensitive data is kept secure is also of great concern now, owing to the potential complexity of supply chains and third party arrangements, especially with the advent of online platforms for outsourced data crunching.

Daniel Callaghan, CEO at online white collar freelance talent platform Talmix, explains that for its users, built-in clauses around deleting or returning data once a job is completed are fairly standard. He says screening is key at this level.

“The nature of what many of our users do means that data espionage for example is very unlikely because their revenue comes through their own networking and word of mouth.

It’s not about using labour arbitrage to get a cheaper workforce, it’s about getting a hyper-quality professional to deliver something that your company can’t do in-house.”

He adds though that “it’s incredibly important you know who you are hiring and that’s why people should use an online staffing platform that will reference check their network.”

Many, such as Weightmans’ Ryley, believe that skilled workers working on a gig by gig basis cannot be classed as true gig workers, because of some of the above legal issues and a company’s liability around pushing the relationship into the realms of employee or worker.

So how can a business benefit from this rich talent pool yet keep itself covered?

“You need to have a really clear understanding of the policies you want to build out your workforce programme on and have clear guidelines about what should and shouldn’t be shared,” says Callaghan. “To get the best out of on-demand expertise you need to know exactly what you’re after and have a detailed statement of work outlining expectations, timelines and such that both parties can be held accountable to. And a clear exit policy is vital.”

Clarke says other steps can include building indemnity clauses into these contracts; requiring contractors to provide information on what they do to manage risk, and retaining the right to audit suppliers so that companies “can check they are who they say they are and doing what they say”.

Price recommends employers have some sort of model contracts or checklists to refer to. Maude warns, however, that “one size won’t fit all”. “It depends on how you operate, what your business is, and where you’re looking to have your labour sourced from.

“HR practitioners from businesses that are going in this direction need to start thinking of safeguards at the beginning so that they can benefit from and grow with the increased use of this form of work.”