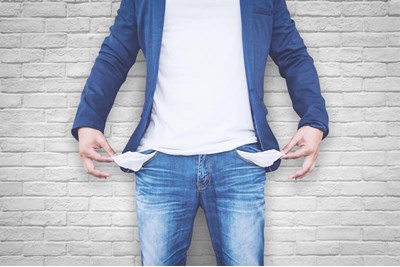 Soaring living costs are pricing young people from less well-off backgrounds out of internships, according to research from the Sutton Trust.

Rising rents and inflation mean an unpaid internship now costs a single person living in London a minimum of £1,019 per month, according to the charity’s Internships – Unpaid, unadvertised, unfair report. The research highlighted that taking on a six-month, London-based internship in 2018 would cost someone £6,114.

The charity also calculated the cost of a six-month placement in Manchester, where lower rental costs mean it would be less expensive. However, it would still set an unpaid intern back a minimum of £4,965 (£827 a month).

The charity’s analysis estimated that 10,000 graduates are in unpaid internships six months after graduation. The Trust highlighted that around 40% of young people who have carried out an internship have done so without pay.

It also highlighted the fact that many internships are not advertised publicly, further alienating individuals from low- and middle-income families, who are less likely to enjoy access to ‘the right kind’ of connections.

The analysis found that although according to the most recent estimates there are 70,000 interns in the UK at any one time, only 11,000 internships were advertised online in 2017.

Though minimum wage legislation makes many unpaid internships illegal, the law is not properly enforced here, the charity highlighted, with zero recorded prosecutions in relation to interns and the National Minimum Wage to date.

“All internships over four weeks should be paid at least the minimum wage of £7.50 per hour,” said Peter Lampl, founder and chairman of the Sutton Trust and chairman of the Education Endowment Foundation. “Failure to do so prevents young people from low- and moderate-income backgrounds from accessing jobs in some of the most desirable sectors such as journalism, fashion, the arts and politics.

“All internship positions should be advertised publicly. Large numbers of internships are never advertised and instead offered through informal networks. This practice locks out young people without connections,” Lampl added. “Also, the process by which potential candidates are selected for internships should uphold the same standards of recruitment as for other jobs.”

Gideon Calder, senior lecturer in public health, policy and social sciences at Swansea University, highlighted that current approaches to internships are not only unethical, but also bad for business.

"Internships are a key mechanism for the preservation of unearned privilege – so they raise basic fairness issues concerning equality of opportunity," he told HR magazine. "But they are also deeply inefficient from another point of view. The idea that the best person to fill a role is a relative of someone already ‘on board’ with a company places clear limits on the diversity of people they involve in their business, and the range of experience and wisdom they bring to the table.

"Unrepresentative businesses will often be bad businesses; just because they know less about the wider world," he added. "Limiting unpaid internships would be a clear step on the way to countering these problems. Requiring that recruits are as representative as possible of the general population would be a further step forward. And ensuring that some are taken up by people from backgrounds not already over-represented in the workforce is the obvious way to do that."

Val Garside, HR director at Penguin Random House, agreed. "To publish the best books that appeal to readers everywhere we need to be more reflective of the society we live in today; opening up to the widest possible talent pool to draw on not just the skills but also the ideas, experiences and inspiration of people from all parts of society," she told HR magazine.

The Sutton Trust is backing a bill by Conservative peer Chris Holmes, which proposes tightening minimum wage legislation to ban unpaid internships lasting more than four weeks. The bill had its first reading in June 2017 and is currently going through parliament.

Garside said she also supports the bill. "Limiting the length of unpaid work experience and internships – or better still ensuring all placements are paid – is absolutely necessary to make certain industries more inclusive and remove one of the major barriers to entry for many people," she said.