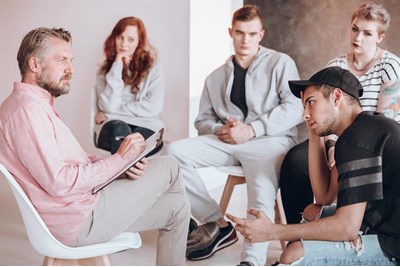 Youth wellbeing in the UK is high but levels of optimism around work and opportunities to improve standard of living are low, according to research from the International Youth Foundation (IYF), in partnership with Hilton.

The 2017 Global Youth Wellbeing Index found that the UK is ranked third among the 30 countries surveyed on youth wellbeing. The ranking measured 35 indicators including gender equality, economic opportunity, health and education.

However, the UK was found to boast relatively low levels of early stage entrepreneurial activity, with only 7% pursuing this path.

The research also uncovered pessimism about the future among young British people. More than a quarter (28%) of respondents said they were concerned about violence, abuse, bullying or harassment at school or work. And only 30% thought that their future standard of living would be better than their parents'.

Kathryn Porter, director of youth strategy EMEA at Hilton, told HR magazine that she hoped these results might spur employers and HR professionals to act. “I would expect HR experts to be aware of this trend,” she said. “I know it’s an overused phrase, but employers need to be thinking outside of the box when it comes to youth engagement. We have the opportunity to both engage in local development and look at the bigger picture.

“Maybe employers could start looking at doing things a bit differently to drive excitement and ambition in the younger workforce.”

Commenting on the low levels of optimism about future living standards uncovered by the report, Porter added: “This is quite thought-provoking. We might need to consider the impact the media and social media are having on young people and the effect that is having on their levels of optimism.”