Would you hire our would-be prime ministers? 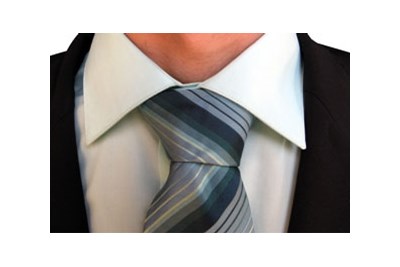 The leadership debates this month are unprecedented in British politics. But in a workplace setting, live assessment of performance is a normal component of recruitment for senior roles. By those standards, how would we judge the candidates? Could we?

Up-front, we would need to know our criteria. What are we looking for in this leader? Must they deliver pre-established business objectives; craft a vision for the future; communicate and enable change; engage and bind the organisation together; or some combination of the above?

The experiences individuals bring to their job are vital. It's unwarranted (and illegal) to demand fixed years of experience, but meaningful and substantive experience in industries, roles or activities is extremely valuable. Brown has a strong case here as the incumbent and reiterated his experience on the world stage, such as a role in the restructure of US banking, while Clegg drew our attention to "negotiating on behalf of us" in the EU. Cameron however focused more on his values and beliefs than giving specific details of his experience and this may worry a potential employer looking for concrete examples of past successes.

Undoubtedly, the issue of style captures the attention of viewers and pundits. What tie is David wearing? Why did Gordon glance at his hand? Organisations do consider style when selecting leaders into their business. Unlike the media, however, this will be a far smaller consideration.

Take body language. Body language experts will make hay from each eyelid twitch, neck twist and finger stretch. Yet in an employment setting, such scrutiny is unlikely to produce real returns. For one, these analyses are fallible: shifting from foot to foot may simply betray a poor choice in footwear. For another, the hidden knowledge that it promises is less straightforward to justify, for instance if challenged by an applicant. Far easier to return to their words at interview, or a written application.

The areas that are likely to be considered are those with clear consequences for communication: how animated they were; the degree of eye contact; and an open or closed body posture. This debate saw all leaders step up in this regard: Brown more kinetic; Cameron somewhat looser; and Clegg continuing to appear relaxed in his body.

How you interact with others matters deeply in any organisation. The codes of how to do so may be implicit, or articulated in documents such as a competency framework, and these ways of working would be examined in employment selection.

Sadly, the debate format - stuck behind podiums, facing front - make it harder to measure this. Politicians do spend time proclaiming, but more happens around a table or in a one-to-one. In selection, we would put the candidate in a negotiation, boardroom discussion or appraisal meeting - a critical situation where the quality of interaction matters.

So what can we see?  Clegg appears best at listening actively to the other leaders. Brown's approach is clumsier, sticking to his messages until he spots something he can pounce on. We saw some of Cameron's impatience: when accused of having unsavoury allies in Europe, he rebuffed the claim and then sternly stated, "We'll have no more of that", appearing dismissive.

We also see squabbling and judgments, with words circulating such as "isolated", "weak", and "desperate". This leads us to a fundamental issue with the event itself.

The form of these electoral previews ­- the debate - is fundamentally adversarial. Yet in organisations, situations where you are asked to raise yourself by lowering others are actually rare. Modern business leans towards partnership models, where any given deal could see competitors finding out how to work together. In the public sector, the desire for joined-up services calls for ways to work together, not apart. Aside from an acknowledgement of collaboration in a hung parliament, the debate gave few opportunities to see this. Is this a fault of the format, or of the political system it reflects?

A final element we would seek in leadership assessment would be an ability to deal with the new - with unexpected situations or novel solutions. The context of the leadership debate, with its pre-agreed format, and each leader tied by manifestos, pledges and agreements, allowed little novelty beyond off-the-cuff remarks. If we were recruiting a visionary leader, for unstable and unknowable times -instability due to energy shortage, risks of sovereign debt crises and substantial public cuts - we would want to know what they would do when presented with something they haven't accounted for. Especially when they stay in place for five years: 2015 is a long way away.

Alex Fradera is a senior consultant at SHL