Workplace bullying: Employers can’t afford to bury their heads in the sand 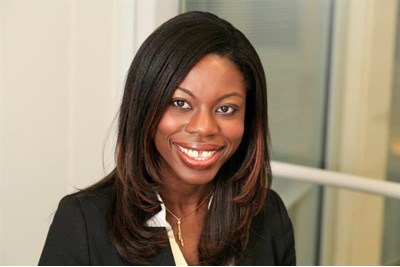 Actually they can, where I work bullying goes on, mainly behind the scenes in the kitchen. One lady has often been seen crying, sworn at "you fining well do it" "she is always f ing crying". I ...

Workplace cultures are currently experiencing unprecedented scrutiny in the wake of movements such as #MeToo and the gender pay gap reporting. Bullying is a problem many workers will have experienced in their time and which can develop in a multitude of work environments, but is less clear cut for employers to handle than other behavioural issues in the workplace.

Perhaps surprisingly, there is no legal definition of bullying and bullying in itself is not unlawful. However, the employer who takes no steps to prevent bullying and/or does not act when a potential incident of bullying occurs will be putting itself at significant legal risk.

So what exactly is bullying behaviour? ACAS defines bullying as “offensive, intimidating, malicious or insulting behaviour, an abuse or misuse of power through means that undermine, humiliate, denigrate or injure the recipient”.

In addition to obvious examples of bullying like name calling and physical abuse, bullying in the workplace can also include domineering supervision, exclusion from meetings or events, being overworked or expecting unreasonable response times. Employers must also be live to the increased use of social media and recognise that bullying behaviours do not necessarily occur face to face, but may occur over email or online.

The law imposes obligations on employers to prevent and investigate bullying. There is an ‘implied term’ in an employee’s contract that the employer should provide reasonable support to employees to ensure they can conduct their work without harassment and disruption from other colleagues. Under the Health and Safety at Work Act 1974, employers must ensure the health, safety and welfare of their employees, both physical and mental. When an act of bullying is reported to an employer, the implied contractual term of trust and confidence imposes an obligation to investigate the allegations promptly, fairly and in a confidential and sensitive manner.

When bullying does occur it puts the employer at risk of a number of legal claims, some of which carry the potential for significant sums of compensation. Victims of bullying can argue that the employer’s failure to prevent and/or address bullying amounts to a fundamental breach of contract entitling them to resign and claim constructive unfair dismissal with compensation of up to a year’s salary. If the individual suffers physical or mental harm as a result of the bullying, they may be able to claim personal injury, the compensation for which can be significant where the individual’s injury prevents them returning to work for a lengthy period or at all. At its most extreme, bullying can be a criminal offence or a civil tort under the Protection from Harassment Act 1998. Further, where the bullying relates to one of the following relevant protected characteristics: age, disability, gender reassignment, race, religion or belief, sex and sexual orientation, it will constitute unlawful harassment. Compensation in harassment claims is unlimited.

In the face of these risks, what steps can employers take to prevent bullying? I have listed my top three tips below:

Actually they can, where I work bullying goes on, mainly behind the scenes in the kitchen. One lady has often been seen crying, sworn at "you fining well do it" "she is always f ing crying". I have walked in and heard her addressing a male colleague "please talk nicely" or "please do not talk to me like that". The response is riducule or just indifference. I mentioned it to the GM and he says they should shut the door (so it is not overheard by customers) LOL. No one cares, apparently it has been going on for years. People feel trapped so they just get on with it and hope the next day will be better. The kitchen manages itself and those who work under the direction of the head chef has to put up, shut up or quit with or without pay. The director of the business does not care either, he doesn't even issue contracts. I honestly hope for a better day because I realise the work scene has changed a lot and for the worse because employees rights are being eroded and their access to recourse has been shut down.

A very interesting article, I am not sure that organisations really believe in their own processes or manuals - having the manual just 'ticks the box' of acceptability