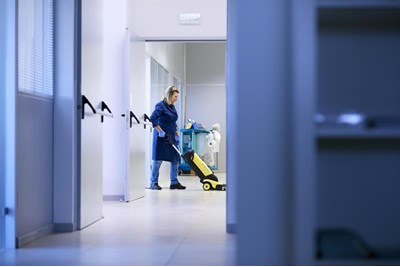 Under the new legislation employers will have to tell staff details of their rights, including their eligibility for paid maternity and sick leave, from their first day in the job.

The maximum employment tribunal fines for employers demonstrated to have shown malice, spite or gross oversight will increase from £5,000 to £20,000. The government has also pledged to close a loophole that had allowed agency staff to be paid less than permanent employees, and ensure that companies calculate holiday pay based on 52 weeks, as opposed to 12 weeks, so people in 'seasonal or atypical roles get the paid time off they are entitled to'.

Business, energy and industrial strategy secretary Greg Clark described the plans as the “largest upgrade in a generation”.

The reforms are based on Matthew Taylor’s Good Work Plan, which made several recommendations on improving working conditions, particularly around the gig economy.

“These welcome proposals will boost pay for some agency workers and rightly focus on the need for better enforcement to police the rules of our labour market. This new approach to enforcement will need to be properly funded if it is to significantly reduce exploitation in the workplace."

Judge added that the government should now focus on addressing zero-hours contracts and clarifying the employment status of gig workers: "Further steps will also be needed to address problematic use of zero-hours contracts. On the gig economy, court cases are likely to continue for years to come because clarifying employment status rules is much easier to commit to than to deliver in practice.”

David Chaplin, CEO and founder of contracting company ContractorCalculator, said that the government must balance protecting gig workers while clamping down on bogus self-employment claims. "We need to clamp down on false self-employment and ensure workers who should get rights are given them, but we need to ensure the market maintains its flexibility, which I know Matthew Taylor keenly recommended,” he said.

He said that while zero-hours contracts are a good option for some poor regulation is leaving people open to exploitation. “There is nothing inherently wrong with zero-hours contracts for those workers who want those terms, but again some employers are abusing zero-hours workers in a bid to reduce their overheads including taxation,” he said.

“Poor regulation and poor enforcement drives some unscrupulous firms to practice poor work not good work, which the government is striving to put in place. We need to enact laws that motivate and encourage firms to adhere to them rather than find ways around them, because enforcement resources will never be enough.”