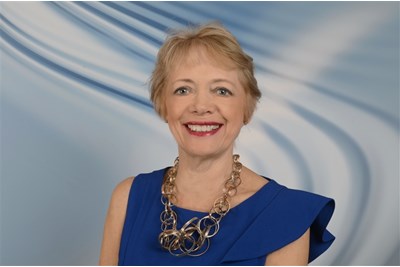 Britain’s top boardrooms are on track to meet the women on boards target, but this is only the start of the journey to create diverse and transparent organisations.

It has taken many years for the debate about women on boards to be taken seriously, but we are now starting to see significant progress. Our 2015 Female FTSE Board Report (launched on 25 March) confirms that Britain’s top boardrooms are set to meet the 25% women on boards target this year.

Only 17 more female appointments are needed across the FTSE 100 boards to reach the target. If the rate of one woman appointed to every two men is sustained over the coming months we expect the 25% target to be met before the end of this year. However, the turnover of directorships is key to driving change and will be decisive during the next few months.

This is a critical time for British businesses, not only to meet the 25% target but also to continue to diversify their boards and organisations beyond it. If we are to achieve sustainable change for the future, employers must focus their efforts on women at every level of their organisation.

Forty-one companies in the FTSE 100 have now reached the 25% target, with many of them far exceeding it. Leading the way in joint top place of this year’s ranking, with 45.45% female representation on their boards, are Diageo and Intercontinental Hotels Group.  Recognition must also go to Admiral Group with 41.7%, and Capita and Kingfisher who both have 40%, which includes two women in executive directorships on their boards.

It is pleasing to see how far we have come without the need for quotas. But the burning issue remains that not enough women are being appointed to executive director roles in the UK. To sustain the pace of change that we have seen over the past few years, organisations will need to set more ambitious and sustainable measures.

Our forecasts suggest that as we approach 2020, women’s representation on FTSE 100 boards is likely to stagnate around 28% unless businesses act now to introduce aspirational and measurable targets for women at all levels. Growing the female talent pipeline needs to be high on the agenda for every board, CEO and executive committee.

It is crucial that the momentum that has built up around this issue is maintained, especially with the support of whoever is in power after the general election.

Professor Susan Vinnicombe is co-author of the 2015 Female FTSE Board Report, and director of the Cranfield International Centre for Women Leaders