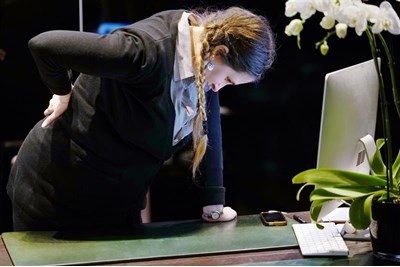 ​One in 10 women (10%) don’t earn enough to qualify for statutory sick pay, according to the TUC

Its analysis of Office for National Statistics (ONS) data found that, while the minimum pay needed to qualify for statutory sick pay is £118 a week, many women earn less than this. The federation of trade unions found that 1.4 million women earn below the threshold for paid time off, compared with 600,000 men.


The analysis highlighted that women account for more than two-thirds (69%) of the two million UK workers currently ineligible for statutory sick pay.

People in insecure work are even more likely to miss out. Nearly a quarter (23%) of workers on zero-hours contracts don’t earn enough to receive this protection.

The TUC noted that women are most at risk of not qualifying for statutory sick pay because they are more likely to be stuck in low-paid and insecure work, and because women are more likely to work part time due to caring responsibilities. Researchers pointed to 2018 ONS data showing that women make up a bigger share of those working on zero-hours contracts (54.7%), compared with their share in employment not on zero-hours contracts (46.8%).

The TUC is calling for the minimum earning threshold for statutory sick pay to be scrapped.


Frances O’Grady, TUC general secretary, said: “No-one should worry about falling into debt or struggling to pay their bills when they’re ill. It’s not right that women and insecure workers are most likely to miss out on sick pay – just because they are low earners. The government needs to get on and protect every worker if they fall sick.”

Mary-Ann Stephenson, director of the Women's Budget Group, told HR magazine that the sick pay system is letting workers down.

"This research shows that low-earning women, who are already more likely to be in insecure employment and at higher risk of poverty, are being let down by our sick pay system. These women are far less likely to have savings to fall back on if they become sick, meaning that they are more likely to fall into debt or fall behind with their rent," she said.

The daily pressures facing women in working poverty mean that they are struggling to progress at work, added CEO of Tomorrow’s Company and former HR director at Morrisons Norman Pickavance. "This is part of a broader issue of female poverty in the UK. Sixty-one per cent of low-paid workers are women, and a quarter of women who have children are in poverty. What we have found is that women on low pay are often just trying to keep their heads above water, meaning they don't have time tofocus on career progression," he told HR magazine.

"In business, there is a lot we can do to help. There is a lot of talk of 'levelling the playing field' when it comes to gender inequality but, until we sort out these structural issues, through offering greater flexibility and higher pay, none of these will matter."