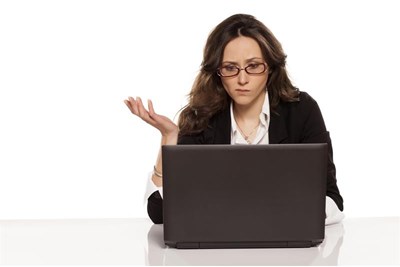 Almost 400,000 jobs held by women in the public sector, banking and retail have been lost since 2011, according to research from the RSA's Future Work Centre

Women have borne the brunt of job losses caused by automation while also missing out on the best new jobs, the Royal Society for the Encouragement of Arts, Manufactures, and Commerce (RSA) has found.

A Field Guide to the Future of Work by the RSA's Future Work Centre, which was established in response to chief executive Matthew Taylor’s Review of Modern Working Practices, explored job growth and decline at the ‘sharp end of the labour market’.

But the research found that female workers have lost out on the best-paid jobs in this ‘new economy’ and have also been most hit by austerity measures in the public sector. Women account for 112% of job losses among teaching assistants (this is more than 100% due to an increase in male teaching assistants, researchers said), 81% among social service managers and directors, and 74% among administrative occupations in central government.

Women have also lost out in private sector roles, particularly as retail cashiers, personal assistants, hairdressers and banking clerks, according to the report.

Researchers cited several reasons for these trends including a sharp rise in the use of AI, the collapse of retailers, and the use of algorithms in the recruitment process (which they said could exacerbate biases if not monitored properly).

Benedict Dellot, head of the RSA’s Future Work Centre, said that while AI has brought benefits to the economy, female workers are being left behind.

“The advent of autonomous vehicles, personal voice assistants and picking and packing machines in warehouses shows that the age of automation is well and truly upon us. Contrary to what many people believe this has not led to widespread job losses. Unemployment is at its lowest level in 45 years, and many good-quality jobs are being created in the high-value technology sector,” he said.

“But the forces of creative destruction can be brutal for those on the losing side. The evidence is stacking up that women are being left behind in the new economy. The cliché of 'tech bros' is entirely warranted. Barely one in 20 new coders and programmers are women. We knew that the tech industry was highly gendered but the scale of the problem is shocking.”

However, this trend can be turned around, Dellot added.

“The good news is that there is time to respond. We are still in the early stages of the age of automation and many jobs are yet to be affected. The challenge for government, employers and educators is to make sure the 2020’s play out differently to the 2010’s, so that everyone – regardless of gender, age or location – shares in the spoils of new technology.”

He recommended businesses consider lifelong learning for employees and give workers a say in the use of automation in their organisations: “This means establishing personal training accounts to power lifelong learning and career changes; experimenting with job security councils, as they have in Sweden, to give workers greater voice over which technology is deployed in the workplace; shifting the burden of our tax system away from workers to those who own the ‘machines’; and adopting new standards that prevent excessive monitoring and surveillance in the workplace.”