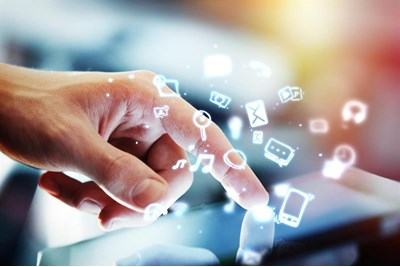 As the mathematician Alan Turing famously said: “I believe that at the end of the century the use of words and general educated opinion will have altered so much that one will be able to speak of machines thinking without expecting to be contradicted.” He was right. Thanks to incredible leaps in technology, people no longer question machines’ ability to ‘think.’ And now the idea of the rise of the AI robots is not merely a plot in a Hollywood sci-fi blockbuster, but an area being explored by academics, researchers and technologists across the world.

In a recent study, Michael Osborne and Carl Frey from Oxford University’s Martin School calculated the susceptibility of 720 occupations to automation, based on nine key skills. It found that HR administrative jobs had a 90% chance of being automated by 2035, but HR managers, directors and officers were far less likely to be replaced by robots in the next 20 years.

Yet automation is just one benefit of what Turing’s vision of machines that can think – or artificial intelligence (AI) – is all about. AI is affecting every industry in some form or another, with robot receptionists being introduced to hospitals, virtual personal assistants who can book appointments and manage diaries, and automated systems that can write news stories.

So how will it affect HR?

Rob Harding, chief information officer at Capital One (Europe), says he could see AI in the context of virtual agents, becoming one avenue that HR could explore in his company.

“Where employees have questions, there could be a virtual agent or chatbot facility that could answer those. Currently, we pick up the phone and ask HR, but in the future, we will only pick up the phone or email for more complicated questions, because there is always a need to decide where digital and humanity meet. But for simpler questions I could quite easily see AI replacing calls and static content like internal web pages,” he says.

Robert Bolton, head of KPMG’s global HR centre of excellence, says software is being developed that can be taught to deal with those enquiries that shared service centres deal with at present – such as how much annual leave someone has left or what the firm’s policy on sabbaticals is – and can offer a response.

“The AI technology is so sophisticated that it can even understand sentiment, recognising when the caller is getting frustrated and then referring the conversation to a human. It can then listen to the response and update its own learning to better deal with the problem in the future,” he explains.

Speech recognition like this is an area that currency exchange firm Travelex is exploring.

“As a line manager, you could call up a specific number or even WhatsApp a voice message into this service to get a response,” Travelex’s global HR director Gareth Williams explains.

Sarah Burnett, an analyst at Everest Group, also suggests that there could be a combination of both speech recognition and human interaction, whereby AI could monitor the questions that are being asked and prompt the human to answer with the best possible response, which takes into account all previous interactions for that kind of scenario.

Perhaps the biggest HR area that AI is being touted as able to assist with is hiring. Williams pictures a world where his shared services team could effectively manage transactions, including what he calls “the sifting of CVs”.

Burnett says that although there are already software solutions out there to identify potential candidates for jobs, AI could do it with improved accuracy, and will hopefully provide a boost to the corporate diversity agenda.

“A lot of organisations want people of different backgrounds; whether it is more women or people from underprivileged backgrounds, so this could help with straightforward headhunting but also satisfy other corporate policies on diversity,” she says.

However, TalkTalk’s group HR director Nigel Sullivan is adamant that such a process should never be left to a machine on its own. “I think that could be dangerous, to analyse a high volume of emails on semantics structure alone and determine and send a response – I wouldn’t be ready to hand that over to AI yet,” he says.

However, he says he would be keen to use the technology to narrow candidates down from thousands to a select few. And he believes that in the future, when AI has matured, applicants could be given automatic feedback based on the reasons the organisation decided not to go with them. This, he says, could help the candidates if they chose to reapply, and could add a layer of engagement currently often missing.

Sullivan also believes that retention and personnel development can benefit from the use of AI. “AI could give insight into your talent – ensuring you’re putting the best people in the right roles. It could help an organisation to look into an employee’s emails, speech and social media to not just see what they did but how they interacted and how they may have reacted to specific situations and whether this fits in with the culture of the organisation,” he says.

This kind of information could help the business to understand whether it is the right move to promote someone, for example, he explains.

HR departments should embrace AI and not fear the impact it could have on the division. But this relies on a specific type of culture within the organisation.

“If you don’t buy into the notion of data, technology and a customer-centric employee experience, it will always be weird to talk about robotics and AI,” says Travelex’s Williams.

The mundane tasks that AI could take over from HR professionals needn’t mean that they will be made redundant. Instead, says TalkTalk’s Sullivan, HR will be able to refocus efforts to those much more strategic, value-add HR activities that are currently at risk of being neglected in favour of more administrative tasks.

Williams is hopeful that AI will lead to the reskilling of personnel, and a shift in the way HR operates in every business.

“I think in 10 years from now, there will be a convergence of business service functions, and employees or line managers will expect a service – whether it be about data, or employees, and it may not necessarily come from a HR function, but from a portfolio of services, some of which will be online, others that are automated, and very few that will be humans,” he says.

“These services will be dependent on both AI and data for how they work,” he adds. HR