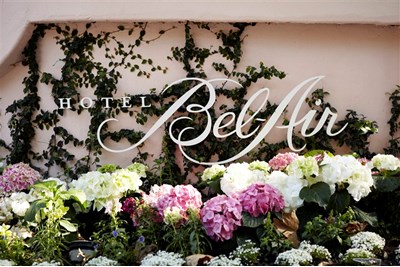 This article is dated 2014. If it references the same issue making news in the world today, someone should send this along to those encouraging protests today.

The protest against the Dorchester Collection (DC) over its tenuous links to Brunei’s harsh Sharia laws are misguided, ineffective and will only harm the employees of a company that has equality at the heart of its corporate soul, argues HR magazine editor Arvind Hickman.

The target of Branson’s protest wasn’t the government of Brunei, or other powerful governments, such as the UK, who have close trading ties with the country. Rather, it was the Dorchester Collection – a group of 10 luxury hotels in Europe and the US that is owned by the Brunei Investment Agency (BIA), a sovereign wealth fund.

It is commendable to see high-profile business leaders and celebrities stand up for their convictions and fight against laws that amount to a sickening breach of human rights, even though it is hypocritical Branson would target the Dorchester Collection when his own Virgin Australia flies passengers to Brunei nearly every day.

The problem with boycotting Dorchester Collection hotels is that it is unlikely to have any impact on the Brunei government and will only harm the company’s 3,750 employees, many of whom belong to the very LGBT community the protest is trying to defend.

There is also hypocrisy in attacking one company with links to anti-LGBT regimes, while turning a blind eye to hundreds of others, many of which are in retail and hospitality (see below).

Here are five reasons why the Dorchester Collection boycott is misguided:

DC profits do not go to Brunei: The Dorchester Collection has annual revenue of £300 million, an insignificant amount compared to the estimated $30 billion in assets managed by the BIA. All profits from Dorchester Collection hotels are re-invested back into the hotels, according to DC vice president of people and organisational development Eugenio Pirri. Using it as a financial lever would have no impact on the BIA. The company that generates the most wealth to the BIA is the Brunei Shell Petroleum Company, an 80-year-old joint venture between Dutch Royal Shell and the Brunei government that extracts and produces the nation’s crude oil and gas. Brunei's (and the Sultan's) wealth is primarily from oil and gas.

The human impact: The boycott has already affected revenues of the DC. This week the British Society of Magazine Editors (BSME) pulled out of an agreement to host its annual BSME awards at the Dorchester Hotel. Events in the company's Los Angeles hotels have also been cancelled. The impact of lost revenue can only harm DC employees. Although it is admirable the DC has promised to protect jobs and wages, a prolonged boycott could potentially threaten jobs.

DC promotes equality: What is particularly sad about this protest is that the Dorchester Collection is a strong advocate for equality; it is enshrined in the company’s HR policies and code of conduct, which I have seen. The man in charge of upholding the code, Pirri, is gay, an appointment the Brunei Investment Agency sanctioned. Pirri told me there is a sizeable LGBT community who work for Dorchester Collection hotels and the group has sponsored many LGBT events and provided support to this community in the past.

A global problem: Homosexuality is punishable by death in several countries other than Brunei: Iran, Saudi Arabia, Qatar, Yemen, Sudan, Nigeria, Mauritania and Somalia. The problem is a global one and requires a global solution. Middle East wealth funds own or partially own hundreds of Western companies, including many hotels and fashion labels. None of these companies should be individually targeted.

Protest to the right channels: The US government is in talks with Brunei as part of the Trans-Pacific Partnership, a trade agreement. The UK government is a close ally of Brunei, which gained independence from Britain in 1984. Lobbying efforts should focus on these channels, which have the power to pressure Brunei to change.

While the boycott has gained A-list celebrity backing, support for the Dorchester Collection is growing internally and externally.

Jonathan Mattis, an employee of the Hotel Bel-Air and The Beverly Hills Hotel, is one of several employees who have supported the group in forums and social media. On Advocate.com, a media site that covers LGBT issues, he said: “As a 13 year LGBT employee of the LA Dorchester Collection hotels I can say this is a phenomenal company. I initiated gay marriage advertising as soon as it was legal in California again and that suggestion was welcomed without batting an eyelash.”

Last week, the LGB charity Stonewall said it would not support the Dorchester Collection boycott. Chief executive Ruth Hunt wrote in the Telegraph that it was ineffective and “most rewarding to the individuals taking part”.

Hunt is right. Targeting one company that has tenuous links with an oppressive regime is not the way to influence change. If anything, the Dorchester Collection, and companies like it, should be championed for promoting equality and diversity.

A more effective campaign would target governments that can use the right levers to bring about change.

Other companies owned by countries that mandate LGBT death penalty

Fairmont Hotels and Resorts, which includes The Savoy and The Plaza (Saudi Arabia – Kingdom Holding Company)

This article is dated 2014. If it references the same issue making news in the world today, someone should send this along to those encouraging protests today.