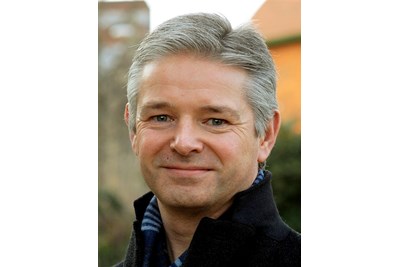 By 2030, there will be 15 million people over the age of 65 in the UK. After a century of advances in medical science, sanitation and nutrition, people today are living longer than ever before.

This is an extraordinary success story, but one that presents challenges as well as opportunities, because one in three people over the age of 65 will develop dementia.

Dementia describes different brain disorders that trigger a loss of brain function. The symptoms – which include memory loss; changes in personality and mood; mental confusion; low attention span; visual hallucinations and wandering – are all usually progressive and eventually severe. Although dementia is more prevalent in over-65-year-olds, it is not a normal part of aging and can affect people who are much younger. In the UK, 850,000 people have dementia – that's equivalent to the total population of Norfolk. What's more, with a rapidly aging population and no cure in sight, this number is predicted to double to 1.7 million in the next 30 years.

The vast majority of people with dementia live in the community (indeed around 60% are without a formal clinical diagnosis) but, due to their cognitive decline, functioning in a society that is 'dementia unaware' is extremely challenging for them and very stressful for their relatives. As a result, in March, prime minister David Cameron launched the 'Dementia Friendly Communities' challenge, in order that we can all help to enable people with dementia to live well within their community.

Ensuring your organisation is 'Dementia Aware' is important because:

Evidence published by charity for older people, WRVS, in March 2011 suggested that the value of the 'grey pound' being spent by over-65-year-olds in Britain has already reached at least £64 billion per year and is estimated to grow to £127 billion by 2030. Remember that one in three people over the age of 65 will develop dementia, so having a workforce that is dementia aware, and that understands how to interact with people exhibiting the signs and symptoms of dementia, will help to ensure that your organisation can maximise its market share of the growing 'grey pound' economy.

Reports have consistently pointed to increases in those over 65 years of age remaining in work. Indeed, in 2006, The Guardian newspaper reported an 11% increase in the previous year of people over 60 finding new jobs. Last year, 10% of those of pensionable age were working (that's 1.1million people). As a result, it will become increasingly likely that members of your own workforce will develop dementia prior to reaching retirement. Consequently, being a dementia aware employer will help you to identify and support those of your staff directly affected by the condition and be an understanding employer to those who are struggling to support and care for a relative with the condition.

Willie Cruickshank (pictured) is director of the Norfolk and Suffolk Dementia Alliance.