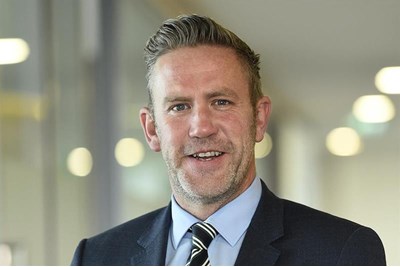 If improving workplace diversity and inclusion isn’t on your agenda, then you need to take a different view. Many businesses are now taking a positive step in the right direction, incorporating new habits and training into office life as part of a wider effort to weave Diversity & Inclusion (D&I) strategies into company policy.

For some businesses this was long-awaited, now sprung by gender pay gap reporting, the ‘#MeToo’ movement, or more recently Black Lives Matter.

Recent statistics reveal that Britain’s top 100 firms have just six female CEOs, and that only 5% of CEOs in the UK, US, and Canada’s largest listed companies are from ethnic minority backgrounds. This shows that despite such efforts, businesses still have a long way to go in achieving an equal and inclusive workplace.

One recurring issue is that the responsibility for enforcing change rests largely on the shoulders of senior executives and managers. It is no secret that, in many parts of the world, this group of people are predominantly heterosexual, white and male. And so, those who have never been faced with gender, race or orientation-based discrimination play an important role in representing and overcoming the struggles of underrepresented groups.

In that context, it is no surprise that many senior managers initially feel uncomfortable discussing, engaging with and overseeing D&I initiatives. However, concerns can be easily overcome through the use of proper coaching and training.

Equip managers with the correct language

In discussions surrounding D&I, white male managers often worry that they will articulate themselves incorrectly, and in turn be negatively implicated from a reputational and/or legal perspective. In short, they worry that they will be penalised if they speak up on D&I. It is therefore hugely important to advise male managers that they can and should take part in D&I discussions, and to equip them with the correct language so that they can speak positively and knowledgable on the topic.

Language used in certain workplaces can sometimes be outdated and inappropriate, as words which were commonplace not so long ago are today considered by many as unacceptable.

We must make all people, including those at senior level, aware of these types of nuances, as well as the appropriate terms that can be used as alternatives. This is imperative: not only does it prevent underrepresented individuals from being further oppressed by outdated language, it also gives white male managers confidence that they can articulate themselves correctly – they are properly equipped with the right language, and therefore better able to engage with D&I initiatives.

Demonstrate how privilege can be used positively

In many cases, we hear white male managers say they feel alienated or blamed by D&I initiatives. Because they aren’t an underrepresented group, white heterosexual men often feel out of place in discussions surrounding inequality, or as though fingers are being pointed at them as the source of the problem.

To combat this issue, and in order to get white males on board, D&I programmes should focus on inclusion as much as diversity. For example, we can demonstrate to senior executives how their privilege can be used positively as a means of exposing injustice and fighting racism.

It’s about teaching senior managers that they need not feel disempowered by D&I movements – quite the opposite. They should feel as though their privilege is a powerful tool with the ability to make a difference. For a person of power in a business, not from an underrepresented group, to stand behind an underrepresented group and offer their vocal support is powerful. That sends the kind of message that people really listen to. It can effect real change.

Use data to track change and show positive results

Lastly, businesses should always track data when it comes to D&I. Well-meaning programmes and initiatives are simply not enough – they should always be backed up with a system that measures their impact. T

o elaborate: data exposes ‘problem areas’ which would otherwise have gone unnoticed. For example, a business may be hitting its recruitment target from a D&I perspective, but if employees from underrepresented groups are leaving the company after only a few months, then something needs to change. It is data that allows businesses to really drill down to the root of the problem rather than just identifying what’s at surface-level.

In addition, data also provides an objective viewpoint on how D&I initiatives are directly beneficial to businesses. For example, research by McKinsey into workplace diversity found, “that companies in the top quartile for gender or racial and ethnic diversity are more likely to have financial returns above their national industry medians."

You’re not going to see the effects if you aren’t properly tracking the necessary parts of your business – how can you track the extent to which your transformative D&I initiative has changed your business if you aren’t collecting the right data? It’s a must-have, and without it a D&I project is ultimately likely to fail.

Overall, there are a number of ways to facilitate the involvement of white male managers in D&I programmes. Evidently, D&I is not just a tick box issue, but actually benefits businesses from a financial and performative perspective. The topic of D&I has been elevated in the professions in light of recent events, and going forward, we must harness this to enforce change – senior managers included.