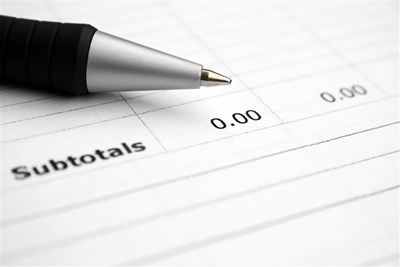 Opinion on the value of zero-hours contracts is divided. But what will happen if legislation is amended after the general election?

Whoever is prime minister from 8 May, zero-hours contracts’ days are numbered. Parties have pledged varying degrees of reform to the flexible working arrangements, and as a result, employers with contracts that require employees to be available for work without guaranteed hours have begun considering their options.

Aside from the Green Party’s proposed outright ban, Labour has announced the most controversial proposals. If in government, it would introduce legislation that gives employees working regular hours at a company for more than 12 weeks the right to a regular contract. According to the Office for National Statistics, this could affect 697,000 people – 2.3% of all those in employment.

The Work Foundation chief economist Ian Brinkley says this approach would add an extra burden to employers, who would have to determine how many hours to include in a contract. “How are you going to measure the hours they worked before they go on a regular contract – what counts towards that requirement?” he asks. “Some employers have to do this anyway for purposes of working time regulation, so it’s not an entirely new concept, but if it’s something they haven’t had to do up to now with zero-hours work, it’s going to make things more difficult.”

Brinkley suggests the change would hit companies such as Sports Direct hardest, which reportedly employs 75% of its 19,000 UK workforce on zero-hours contracts. However, he expects McDonald’s, which employs 90% of its 82,800 staff under the arrangements, would be able to alter its policies. “The way it’s been described to me it sounds like a very sophisticated shift system, so I suspect [McDonald’s] could move to a more conventional shift system with regular work and it wouldn’t be a huge imposition for them,” he says.

Brinkley favours the Liberal Democrats’ proposed reforms, which would give workers a formal right to request a fixed contract. If it remains in power, the party also plans to consult on introducing a right to make regular patterns of work contractual after a period of time. “It seems reasonable to have a right to request as you would for any other form of flexible employment,” says Brinkley.

Getting around the law

Neither Sports Direct nor McDonald’s would discuss zero-hours contracts with HR magazine before the results of the election. But according to independent employment law specialist Selwyn Blyth, it’s likely employers will find ways to avoid new legislation.

“One of the biggest benefits to business in this country is around flexible labour,” he says. “Depending on the level of regulation introduced, either all the employers will breathe a sigh of relief and carry on, or if it is more regulated they’ll find a way around it.”

One way employers can do this is to tell staff to become self-employed. Another is to start using agency workers. Blyth says smart employers could easily switch workers from an agency with enough regularity to avoid 12-week limits.

He also suggests employers could avoid regulation by guaranteeing one working hour a week in contracts. “Whatever regulation you put in place, even if you have anti-avoidance provision, there’s always some other side of the line,” Blyth says. “Even if [the regulations] said anything with less than 10 hours is not permissible, you’d probably end up with everyone giving 11-hour contracts.”

Blyth further points out the Greens’ proposals for an outright ban would be difficult to achieve, because there is no legal definition for zero-hours contracts.

“The vast majority of zero-hours contract workers are employees, so not only do they enjoy a much fuller range of rights, but in the majority of cases they are eligible and benefit from training offered by the employer,” he explains. “That may be at risk if they were put on agency work contracts because you don’t have that same relationship. What may happen is lack of continuity.”

In March 2015, the passing of the Small Business, Enterprise and Employment Bill into law banned exclusivity clauses in zero-hours contracts. These prevented workers signing contracts with other employers. Davies says this was the right decision, and would impact few employers as CIPD research found such clauses were used “in a very small minority of cases”.

But similarly to Labour, the Conservative party also wants businesses with more than 50 members of staff to give workers on zero-hours contracts either a full- or part-time secure employment contract after one year, upon request.

But Labour’s adviser on employment, Norman Pickavance, recently appointed head of brand, culture, communications and sustainability at Grant Thornton, believes zero-hours contracts are “exploiting people” and have introduced an unnecessary level of insecurity into the job market.

He explains that Labour’s 12-week limit would provide enough flexibility for employers with fluctuating periods of demand. “All the data suggests people who have been employed for more than a year on zero hours are working an average 23 hours a week,” he says. “Those people, if they’re working regular hours, should get a regular contract.”

Pickavance believes zero-hours contracts are symptomatic of a breakdown in relationships between employers and their employees, which is in turn damaging British business. He says organisations are already consulting lawyers about how to get around new zero-hours legislation after the election.

“This is about people trying to make extra margin at the expense of one of their stakeholders, which is their people,” he concludes. “It’s resulting in low levels of employee engagement, increasing levels of stress and productivity levels in the UK that are the worst in the G7.”