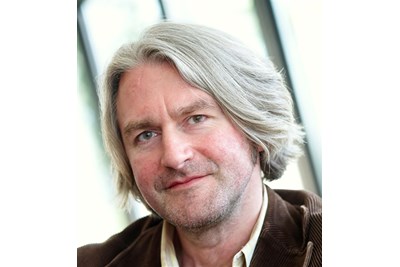 I think PM is a waste for a very large percentage of the management workforce. Most management employees are working in structured disciplines that involve block & tackling every day (there's your ...

Performance management? Sounds great. What’s not to like? So let’s just do it – and to the max! Right?

Is this too harsh? Perhaps. But let’s take just one example. It is surely the very bluntest of all the very blunt tools in the HR toolbox. Yet, each year, we drag ourselves through the soul-destroying ritualistic charade that is the annual performance appraisal. This is not thoughtful or considered performance management. Let’s just not do it.

One essential of evidence-based practice is defining the problem. In the case of performance management the underlying problem is presumably that employee performance could and should be improved.

This assumption seems obvious. With just a bit more thought so too is the possibility that employee performance is fine or good enough, or that the benefits of raising performance may not outweigh the costs involved.

There is also evidence that increasing individual employee performance does not necessarily improve organisational performance. So why bother anyway?

Part of the underlying confusion is the very idea of ‘performance’. This is not helped by our tendency to ignore the complexities of performance in our own employees and organisations, and instead look at other much simpler performance domains to understand what performance means. In particular, we seem to love using competitive sports as an analogy for work performance.

The problem with the sports analogy is that, on the whole, work performance is absolutely nothing like sports performance. In sport, athletes spend vast amounts of time training and very little time performing. This is reversed in work. In sport, miniscule differences in performance can make all the difference. In work, tiny variations are usually trivial and just don’t matter. If a salesperson performs .003% better than a colleague in a particular month then it doesn’t really matter. If an Olympic athlete does this, it may win them gold. In sport measuring performance is extraordinarily simple: a goal is a goal; 1.4 seconds is 1.4 seconds. In work, performance is rarely so straightforward.

So what else is it? Well anything that may enhance performance in some way consistent with the definition could be considered to be performance management. This ranges from job design to personal development plans, and from goal-setting to performance feedback using valid and reliable measures.

There is evidence about specific techniques such as goal-setting. While this has been shown to be highly effective, doing it properly is hard work and makes quite tough demands on managers. This may be true also of performance management techniques in general.

But what about that hardy old annual performance appraisal? There isn’t much evidence around but there’s always a thought experiment: would anything really bad happen if we just stopped doing it? Probably not. And just think of all the time it would free up for us to get on with performing our jobs.

Rob Briner is professor of organisational psychology at the University of Bath’s School of Management and a founding member of the Center for Evidence-Based Management. Briner was ranked third Most Influential UK Thinker in the HR Most Influential list

I think PM is a waste for a very large percentage of the management workforce. Most management employees are working in structured disciplines that involve block & tackling every day (there's your sports analogy). They can be assessed on attendance & work ethic. The current PM process reflects the spreadsheet mentality (yes/no, drop down) of our management group. It does not inspire any one to do anything creatively and lacks the latitude to change direction as the situation evolves. I could not begin to lists the 100+ things I will work on in a year or measure each one. I do think young recruits or experienced persons seeking a new role in the organization can use performance management like a curriculum where you measure whether specific experiences or education objectives are met. Indicating I am "exceeding expectations" in my current job does not make me qualified for more demanding tasks. Everyone should achieve exceeding expectations in their current job within 5 years or they should expect to be rewarded less and expendable when times are tough.