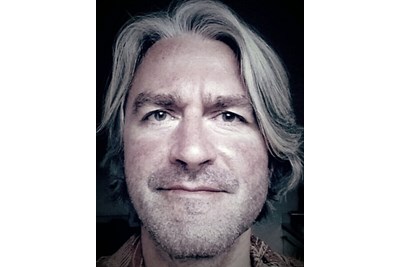 Er, your colleague Bruce literally wrote the book on it. Perhaps pop over and ask him? http://www.engageforsuccess.org/about/why-does-it-matter/

In the first of a series of columns, Rob Briner, professor of organisational psychology at Bath University’s School of Management, explores the case for evidence-based HR.

I’ve recently had a lot of discussions about the evidence for employee engagement. Whenever someone makes a claim about the positive effects of employee engagement on performance, retention and apparently everything, I can’t help but ask a simple question: What’s the evidence?  Not once has anyone provided valid evidence. Even senior HR professionals come up with answers like “it’s obvious”, “you can just see it”, “I read a study once” (I happened to know the study and it isn’t actually relevant), “I heard a presentation about it”, “it was on a graph” or “there’s tonnes of evidence” (but were unable to say what any of it was). Personally, I find it shocking that any profession that wants to be taken seriously is so unconcerned and uninformed about the nature of the evidence base for what it does.

This, in a nutshell, is the problem that evidence-based practice aims to fix. All professionals use evidence. But evidence-based management is not about whether or not managers use evidence in your job but rather about how much relevant and trustworthy evidence is systematically and routinely gathered and used at work to analyse problems and make decisions. A crucial feature is distinguishing between poorer quality (e.g. anecdotes) and higher quality (e.g. a body of well-designed research) evidence.

Conscientious means you really try and put effort and resources into doing it; explicit means you write down, record and discuss the information you’re working with rather than keeping it in your head as something you ‘just know’ or something you heard; judicious means you make critical judgements about the reliability of the evidence and, therefore, how much you should trust it and use it.

The definition of evidence-based practice above mentions different sources of evidence. There are four: professional experience, evidence from the organisation itself, evidence based on stakeholders’ values, and concerns and scientific or academic evidence.

This is where being judicious comes in. We should never just take evidence on trust even if it’s from a seasoned professional, an academic expert, a management guru, a well-established consultancy firm, or a leading management journal. Likewise we should not dismiss evidence if it contradicts or challenges our existing beliefs.

HR has a long way to go before it could describe itself accurately as strongly evidence-based. The systematic use of good quality organisational information is something HR is still getting to grips with through analytics. The popularity and uptake of HR fads shows that HR as a profession has some way to go in its ability to critically evaluate the trustworthiness of evidence.

While HR does make some use of some of these sources of evidence, most obviously professional experience and evidence from the organisation, it makes less use of others – in particular scientific findings. In my opinion, HR is evidence-based a bit, but not enough.

We know that, in principle, this approach helps professionals to be more effective in their jobs and develops the profession in question as a whole.

Over the next year, I will be asking “what’s the evidence?” for several HR practices, including talent management, performance management and leadership development. If you have any suggestions for other practices you would like me to take a look at, get in touch with the HR magazine team.

Rob Briner is professor of organisational psychology at Bath University’s School of Management. He is also a founding member and a vice-chair of the academic board of the Center for Evidence-Based Management. Briner was ranked third Most Influential UK Thinker in the HR Most Influential list.

Er, your colleague Bruce literally wrote the book on it. Perhaps pop over and ask him? http://www.engageforsuccess.org/about/why-does-it-matter/

I have problem :what are the factors that form the evidence based hr ?