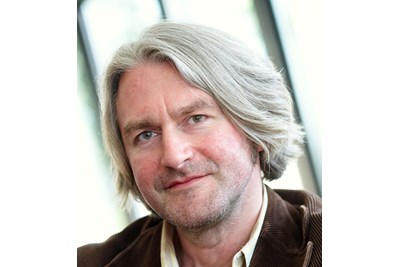 Yes - but show me a field on the macro level where we have hard evidence! First, good companies always have "endogeniety" (everything is positively linked to everything) - this is why their system ...

Is it just me, or is the whole organisational change management thing a bit odd? Not because it doesn’t happen, or doesn’t need to be done, but because it’s hard to know what it is. Organisations change all the time anyway.

‘Organisational change management’ is a label we stick on some kinds of activity but not others that may actually achieve the same ends. At 9:30am we’re just ‘managing’ or ‘doing stuff’ but at 11:15am we suddenly switch to ‘change management’.

Embedded within most change management programmes is some notion of a change process or model. Search online for images of ‘organisational change models’ and you’ll find endless pretty pictures of stages and steps that are mostly completely unsupported by research evidence.

Managing change on the basis of such misleading models is likely to cause problems – although it may provide those managing the change with a reassuring illusion of control.

And everyone ends up talking a lot about their fear by trying so hard not to talk about it. We reframe the fear as challenge, turn that frown upside-down and remind ourselves we have nothing to fear but fear itself – even though fearing fear can be pretty terrifying. Why does organisational change seem so scary? One reason is the baseless, though widely-repeated, claim that 70% of organisational change initiatives fail. Just how did this wild guesstimate become change management ‘fact’?

The assumption that organisational change is very likely to fail is anxiety-provoking and creates resistance that needs to be overcome – and it is hardly evidence-based. Yet such assumptions can strongly shape the perception of the ‘problem’ the change management strategy is designed to fix.

Yet another unhelpful yet popular assumption is that the world is changing much, much faster than ever before and in ways that are completely different. The current cliché du jour to describe this is VUCA (volatile, uncertain, complex and ambiguous). Next time someone tells you the world is becoming more VUCA just ask them: compared to when? Compared to where? Measured how? And why does it matter?

Like some other HR and HR-related interventions and activities it’s quite tricky to say what change management is and is not. The Society for Human Resource Management describes it as ‘defining and adopting corporate strategies, structures, procedures and technologies to deal with changes in external conditions and the business environment’. This makes some sense but it also means that many quite different activities are part of change management. So in part it’s Change Management (with capitals) and in part the things we might do in our everyday work that help make organisational change happen.

From an evidence-based perspective it’s very difficult to establish whether or not something works unless it is precisely defined and has explicit goals. Change management often has neither of these qualities.

However, a definitive review of change management research looking at many types of organisational change interventions, conducted by Eric Barends of the Center for Evidence-Based Management and colleagues, drew some very clear conclusions. In particular, it found that although there was quite a lot of evidence about change management there was almost no good quality research. This means that we simply cannot say with much confidence whether change management works.

So does this mean we shouldn’t do change management? Of course not. We must. But we need to take action knowing that there isn’t much evidence rather than pretending that there is. We should proceed by questioning popular change management models, challenging our own assumptions around the area, and being clear about what the change will achieve and how it’s going to work. And, of course, collecting good quality evidence as we go.

Rob Briner is professor of organisational psychology at the University of Bath's School of Management and a founding member of the Center for Evidence-Based Management. He was ranked third Most Influential UK Thinker in the HR Most Influential list

Yes - but show me a field on the macro level where we have hard evidence! First, good companies always have "endogeniety" (everything is positively linked to everything) - this is why their system works. Second, to many unobserved variables. Third, can you think how to conduct a RCT on Change mangement? Not really! I do believe that researching success factors on the company level is a void thing to do anyway (read March on this). So to me the question is more whether we have good evidence on how the implementation of change initiative effects employees' trust and well-being - I would argue that we have much better evidence for this.

Thanks Rob for a wonderfully clear and considered article. My own experience of change management is that it's often used as a mask or label for redundancy programmes. Boards of Directors like to persuade themselves that calling it change management will mask their true objectives. A case of strategic ambiguity perhaps? Your point about illusions of control is well made. Although there is some evidence that, at the personal level at least, illusions of control are associated with superior performance at work, there must be something quite reassuring for a clueless management team to undertake a 'change management programme'. If they can't influence the performance of the business then at least they can project manage the programme. perhaps it helps to relieve their anxiety a little. Given the lack of clarity about what change management is, couldn't we say something similar about other behavioural interventions?

Fantastic read, Change Management becomes an intricate role in any operational effectiveness team. It's important to remember that we need designated individuals to manage the change for any team/organization. The Change Leader or consultant (Adam Alami @ http://adamalami.com/) will work to drive faster adoption, higher ultimate utilization and greater proficiency of the changes that impact employees in the organization to increase benefit realization, value creation, ROI and the achievement of results and outcomes. Thanks for sharing!!