What organisations can learn from Melania Trump 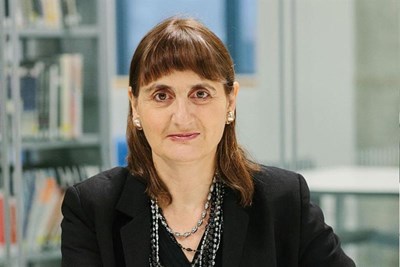 It's just a couple of weeks since Trump delivered his State of the Union address. He lavished praise on ‘faith and family’ and the ‘steel in America's spine’ that fuelled a year of record growth. In terms of domestic achievements, he spoke of new jobs (2.4 million), wage increases, record low levels of unemployment and a hike in the Dow Jones industrial average.

One domestic issue was present but absent last week. This was the state of the relationship between the president and the first lady Melania Trump. She broke with tradition in arriving separately from the president and remaining seated during the standing ovation following Trump’s praise of ‘faith and family’.

Furthermore, her choice of a white suit was taken as an allusion to the white garb of the women’s suffrage movement, making this perhaps a one-woman protest against reports of a $13,000 payoff by Trump to an adult actress.

But missing from previous discussion of the Trumps is the impact of national culture on the drama played out between the couple. Melania spent her formative and early adult years in Slovenia, a country with a cultural profile starkly at odds with that of the US and other Anglo-Saxon countries including the UK.

Social scientist Hofstede compared national cultures on various measures including power distance, individualism and masculinity (1991), and the Slovenian figures show a less individualistic culture with a lesser emphasis on the masculine, competitive principle. Its values are more collectivist and more focused on the 'feminine' trait of caring than those of the US. Together these values at a personal level prioritise relationships and at an organisational level, prioritise teamwork.

Slovenia is a country in which teamwork flourishes, explaining perhaps the significantly higher per capita research output there than in Australia. A factor perhaps also in the stellar third quarter 2017 growth figures for Slovenia of 4.5%, one of the strongest in the Eurozone, compared with a US figure of 2.6% and the UK's 0.4%.

If you look at the cultural characteristics of other English-speaking countries you will find a profile that is remarkably similar to that of the US – you just need to look at the table below and see the relative size of the figure in the final column.


Power distance - The extent to which less powerful members of organisations within a country expect and accept that power is distributed unequally. Many Mediterranean, Asian and South American countries display high power distant hierarchies

Individualism - The lack of interdependence between members in a society. Slovenia’s low score signifies a high collectivist spirit.

Masculinity - A value in which the caring principle is less dominant than the competitive principle.

Hofstede rated countries on a scale of zero to 120 and the next table highlights the differences between Slovenia, the US and other countries.

Fortunately, however, solutions lie in the wings. One is non-individualised reward systems and another is the embedding of inclusive leadership (IL).The power of the latter was revealed in a project I led for the Employers Network on Equality and Inclusion showing how IL in some of the UK’s largest companies could super-charge employee productivity, motivation and wellbeing.

Moreover, a study I led for the Leadership Foundation in Higher Education echoed these results with students saying that IL across the hierarchy would enhance their motivation and success. Survey results provided support for these findings, which could be transformative for the sector.

So the dramas working out on the world stage provide an opportunity for reflection for HR practitioners. Perhaps taking a leaf out of Slovenia’s book will help organisations fulfil their potential.