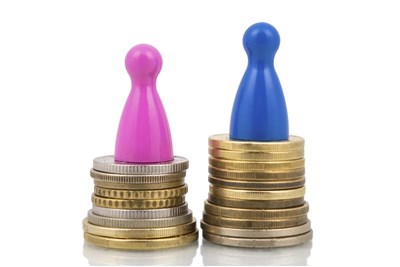 From 2018 businesses with more than 250 employees will be legally required to disclose how much they are paying, in both salaries and bonuses, to their male and female staff. It is hoped this will highlight gender inequalities.

However, some firms are still confused over why this is needed; since the Equal Pay Act of 1970 it has been illegal to pay men and women differently for doing the same work.

The cause of the confusion, Nicky Morgan, education secretary and minister for women and equalities, explained at Deloitte’s recent Trailblazing Transparency event, is that people often mix up the gender pay gap with equal pay.

“Often a source of confusion is what we even mean by the gender pay gap,” she said. “Too many still conflate this with equal pay.

“The principle of equal pay was won in Dagenham more than 40 years ago, although that doesn’t mean it doesn’t need to be enforced still,” she added.

“The gender pay gap is something far more complex, something we must all work together to crack, marking the average difference between men and women’s hourly earnings.”

Jemima Olchawski, The Fawcett Society’s head of policy and insight, explained that even where a gender pay gap report reveals a wide gap it may not be indicative of illegal unequal pay. “There could just be many more women receiving low pay at the bottom, and more men in highly paid jobs at the top,” she told HR magazine.

Some organisations have already started publishing their pay gap data ahead of the government’s deadline. One such company is PwC, which has been disclosing its data since 2014. The firm’s head of diversity Sarah Churchman told HR magazine that low female representation in the highest-paying senior roles within businesses contributes strongly to the pay gap.

“Having a gender pay gap doesn’t mean you necessarily have a pay equity issue,” she said. “It could mean there is something else at play; like an unconscious bias towards male candidates for top positions.”

Churchman also warned that simply having pay gap information in the public domain might not allow fair comparison between different types of organisation. “You would be deluded to think all companies’ data will be comparable,” she said. “Some companies will have to factor in overtime, or shift work, and some of that will come down to how the government defines exactly what ‘pay’ is.

“It puts pressure on businesses to evolve when that information is in the public domain, and gives them a sense of accountability,” she added. “I think that in Britain we can be very reserved when it comes to talking about pay, but in our experience going public has been nothing but a positive.”

Progress on closing the gender pay gap has been slow so far. Olchawski warned that at the current rate of change it would take 50 years for the gap to close, but said there is a solid business case for ensuring women are treated equally.

“Every day women are losing out in pay,” she said. “But organisations could be missing out on the skills and talents of their female workers.

“What business could afford to wait those 50 years [to find out]?”