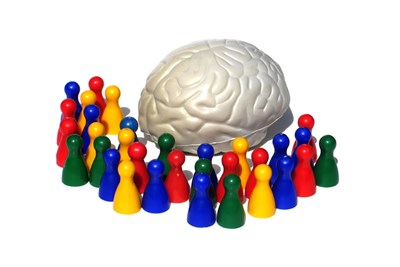 What can behavioural science teach us about reward strategy?

If money is the drug, it has to be said that its effects are varied. Neuroscience has confirmed that it stimulates parts of our brains associated with immediate gratification, as well as the deferred gratification that we get from tools that benefit us by serving a purpose.

Behavioural science has been the subject of much discussion over recent years, in part for advances in fields such as neuroscience and behavioural economics. Its successful application to the policy world by the Behavioural Insights Team, or ‘Nudge Unit’, set up by the Cabinet Office in 2010, has also demonstrated its practical relevance. Through simple experiments and studies, this team looked at how policy could be put into practice more effectively, showing for example that people are statistically more likely to pay their income tax if a reminder letter mentions that most people in the same area have paid theirs.

Insights from behavioural science are now increasingly being applied to the world of work. A recent report by the CIPD, Show me the money, does this for the particular area of pay and benefits, reviewing evidence on how we respond to different forms of reward.

When it comes to setting base pay there are no easy answers. On the one hand, individuals’ preference and satisfaction levels in relation to reward are dynamic, not fixed. External events – such as a recession – affect individuals’ confidence, altering their satisfaction with their current reward. This would suggest that the best way to determine salaries is with spot rates or purely based on the current jobs market.

On the other hand, social context also has a strong influence, and employers need to ensure that pay differences within the organisation are transparent and seen to be fair. Our aversion to inequity can be extremely strong, to the point where in some experiments people pass up the offer of reward if seen to be unfair. So if understanding and accepting the basis on which pay is set is central to your workforce’s motivation, you may be safer heading for clear grading systems and job evaluations.

What about performance-related pay? Fifty years ago Frederick Herzberg identified pay as being a ‘hygiene factor’ for job satisfaction, but there is now strong evidence that financial rewards can improve performance.

However, while money is a powerful incentive, it can backfire by distorting or ‘crowding out’ other important motivations, such as the desire to do a good job. In short, monetary incentives offered by employers can change how employees perceive their work. This can be especially dangerous in the public sector. One classic case of ‘hitting the target and missing the point’ is that of ambulance drivers who prioritised nearby cases in order to meet an eight-minute response target.

Employers need to consider what intrinsic motivation they may dampen, albeit inadvertently, by putting in place performance-related incentives. To do this we need to understand the nature of the jobs in question and the drivers of the people doing them. What is the balance between intrinsic motivations, such as delivering a good quality service, and extrinsic incentives such as pay or status?

Behavioural science provides some fascinating experiments that shed new light on how we think and behave, but context is key, not least because much of the best research is conducted with very specific populations or organisations. If we can understand such factors in context, we stand to develop a more behaviourally-savvy approach to HR. And as it’s all about the people that’s surely got to be worth some effort.

Jonny Gifford is a research adviser at the CIPD