What CEOs want from HR directors 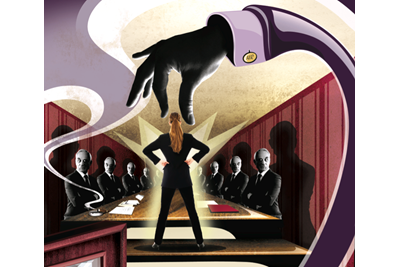 Don't spend your time guessing what your CEO wants from the HR function. Here are the attributes top HRDs need

Whether you’re looking for a new HR director role or trying to be the very best you can in your current one, things would be a lot easier if you could read the CEO’s mind. Unfortunately advances in science haven’t quite extended to mind-reading, but HR magazine has the next best thing. We’ve spoken to the experts to come up with a definitive list of what CEOs are looking for from their HR directors. Read on to find out how to up your game in the C-Suite.

No surprises here, but the ability to discuss numbers other than remuneration scores highly with CEOs, according to Aine Hurley, head of the HR practice at executive search firm Odgers Berndtson. “[CEOs want] someone who can have a discussion with the CFO about numbers, not just about remuneration, without being frightened,” she says. “CEOs often point out to me that in their discussions with HR, there are no numbers. That’s not going to be acceptable going forward, and HRDs who cannot deliver on that will be sidelined.”

Headhunter Sam Allen of Sam Allen Associates adds remuneration committee experience is becoming increasingly important. “It can be hard experience to get, but CEOs are asking for it,” she says. If you don’t chair or sit on the Remco, Allen advises asking to shadow someone who does and spending more time with external reward advisers to learn the ropes.

Get out in the field

Martyn Phillips, former HRD turned CEO at retailer B&Q and now director at consultancy Leading Edge, believes “stakeholder management” is key for HRDs keen to take things up a gear. “How do you get effective collaboration between teams and leaders, the business and customers, and the business and vendors?” he asks. “Put yourself about in the organisation.”

As HR director at B&Q, Phillips spent a lot of time with customers, so he could talk about the market convincingly in the boardroom. When he became CEO, one of his first priorities was to meet the retailer’s top 30 suppliers to discuss how “we could grow our businesses together”.

“It’s about listening to people,” he says. “Just because you happen to be more senior, doesn’t mean you have all the answers.”

Wayne Clarke, founding partner of the Global Growth Institute and a tutor on HR magazine’s HR in the Boardroom programme, agrees putting yourself out there is critical. “Understand the customer and the people you serve, even better than the CEO does,” he says. “And have an in-depth understanding of the role of the people on the frontline. If an HRD does that, they will have the edge on other board members.” He advises putting a structure around this, such as making sure you spend a day per quarter with customers and a day per quarter on the frontline.

Business is more global than ever before, so it makes sense that CEOs want an HRD with an international outlook. But increasingly this means more than just having oversight for a few different countries, says Allen. “CEOs are not interested in that,” she warns. “They want people who have lived in a different market.” And when it comes to those markets, some are worth more than others, with more challenging regions like China or Eastern Europe seen as more valuable experiences than the comparatively “easy life” of Paris, New York or Hong Kong, according to Allen.

“International experience has moved from being a ‘nice to have’ to being critical,” she adds. Be proactive in seeking international opportunities and ask for a secondment, she advises.

Phillips sees the increase of transparency in business as both a “threat and opportunity for HR”. “Authority and hierarchy are breaking down,” he says. “The HRD has to help the CEO navigate this immediate and transparent world.” He sees the HRD role as that of “board coach”, helping the CEO and rest of the board to come to terms with how the world of work is changing.

“As a CEO, you need to be able to digest a lot more information than before, but equally you have to be confident enough to set direction,” he explains.

According to Clarke, CEOs are taking succession planning more seriously, thinking about how to prepare people lower down the organisation for senior roles. “There’s finally an acceptance that they need to appeal to a younger audience who don’t respect hierarchies as much,” he says. “What is the HRD doing to impact on the understanding of the CEO when it comes to that changing reality?”

“CEOs want evidence you haven’t been in a ‘one trick organisation’,” says Allen. This means being able to demonstrate you can manage the complexity that comes with multi-site responsibility, whether that be hundreds of retail outlets or businesses with call centres or manufacturing sites. “That evidences a different type of HR individual,” Allen adds. Having a CV that spans more than one sector is also appealing, she says, as “it shows you can cope with ambiguity and learn different models”.

Phillips believes the key to managing complexity is less about “commercial acumen” and more about “knowing how your organisation works”.

“It’s not about organisational charts and processes; it’s about the organisational flow,” he says. He adds that HRDs should “hold themselves to account for executing strategy”. “People execute strategy, not processes. If strategy is being executed well, that means people practices are working.”

Focus on your development

Sam Allen believes there is “a lot of complacency” among HRDs when it comes to their own development. “They do need to step back and think long and hard about how they can develop,” she says.

For group HRD roles, she firmly believes you need to be able to tick all of the boxes (see checklist below) but says there is a only a very small pool of people who actually do. When recruiting for an HRD role, she looks for evidence that the candidate is “not just someone who stops developing”, whether that be through an MBA, an HR-related Masters or another professional or personal development course.

“If you are not fundamentally looking to develop yourself, you will start to go backwards,” she warns.

There is nothing here that HRDs probably don't already know but it is a timely reminder particularly in respect of our own personal development. Key to this is changing the perception of HR so that the function is not over-burdened with transactional activities but has the time and space to be able to identify where it can genuinely add value and can work with CEOs and their management teams to drive the relevant people processes.

Very good blog and an addition to what HRDs are already doing.