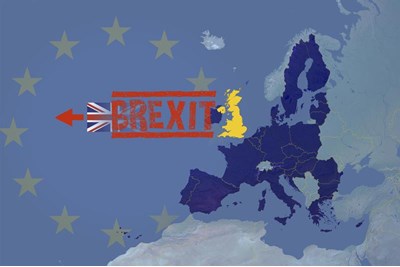 Another interesting development HR professionals should look out for is the way in which Brexit will affect employee mental health. Especially for European employees living and working in the UK, it ...

The UK has chosen to leave the EU, so what now for business and HR?

The UK has voted to leave the EU following yesterday’s referendum.

David Cameron has announced he will step down by October following the vote, leaving the new prime minister to carry out negotiations with the EU and invoke Article 50 of the Lisbon Treaty, which would give the UK two years to negotiate its withdrawal.

Leave won by 52% to 48%. The result has seen the pound fall to its lowest level against the dollar since 1985 as the markets reacted to the results.

Now, business and HR leaders will be concerned about what the Leave result means for them and their employees.

Rita Trehan, former CHRO at Honeywell and AES Corporation, warned that many businesses have not made adequate preparations for this result.

“Clearly this Leave result will have enormous ramifications for UK businesses and HR teams in particular,” she told HR magazine. “I know that the vast majority of businesses in the UK did not undertake any contingency planning for this eventuality. Today there will be many HR executives who will now be wishing that they’d pressed the senior management team harder and taken control of resource planning for this result at an earlier stage.

“My advice would be to ensure that they immediately put out a holding statement to all staff, reassuring them that it will be business as usual next week and for the foreseeable future," she continued. "It’s vitally important that staff are kept in the loop and they feel as though the business is still in control of its own future. At the same time HR teams must allocate resources to look at all the unique ramifications for their business. Over the coming weeks there will be a mountain of information coming from the government, trade bodies and experts. All businesses will need to be on top of this information and guidance right from the get-go.”

Here are some of the areas HR teams will need to consider:

Charles Rae, employment partner at Shoosmiths, explained that once Brexit is completed the government could, in theory, decide to repeal or revise a significant proportion of the UK's employment laws, where these are laws that are required as part of the UK’s membership of the EU.

“A number of employment laws fall into this category, such as many of the anti-discrimination rights, transfer of undertakings regulations, family leave entitlements, collective consultation obligations, duties to agency workers or working time regulations,” he said.

However, he added that "wholesale change" seems "unlikely" as the government will be loathe to change or remove laws that have become widely accepted and valued.

What may change are rules on areas such as TUPE, which many experts predict may be affected by a UK EU exit. Read more on what this could mean here. Other areas experts have mooted could change in the event of Brexit are the Working Time Directive and Agency Workers Regulations.

Speaking to HR magazine back in April, CIPD head of public policy Ben Willmott said he was sceptical Brexit would cause a great deal of change in regulations such as employment or health and safety laws. “We have very different regulation on unfair dismissal and collective labour disputes than that in much of Europe," he said.

However, as things become clearer, HR professionals need to watch this space.

It isn't yet clear what the decision means for EU nationals working in the UK, but managing director of Migrate UK Jonathan Beech warned that the referendum decision for the UK to leave the EU could see the introduction of costly policies for organisations that employ EU workers.

“Thousands of EU migrants, currently in UK company roles, will potentially have to exit in the future if they fail to qualify under the current Points Based System that we use for workers outside the EU,” he said.

"Unless there are transitional arrangements in place from the government, which is not clear at this stage, current EU workers in the UK will now need to fall under UK immigration rules and the UK's Points Based System. This system is geared towards attracting skilled migrants only, with migrants requiring a certain level of English language."

He added: "As with non-EU workers, hiring EU workers will now become a very selective process, depending on the technicality and seniority of the vacancy, the rate of pay and whether there are any settled UK workers available to fill the role."

Employers have dealt with the uncertainty around Brexit by hiring fewer full-time roles, relying instead on temporary workers, and this is likely to continue as uncertainty over the exact form the exit will take continues.

"A vote to leave is likely to see employers abandoning projects, shelving new expenditure and implementing hiring freezes during a prolonged period of uncertainty," said Kevin Green, CEO of the Recruitment and Employment Confederation (REC).

A recent survey from PathMotion found that half (50%) of the leading graduate employers in the UK will reduce their graduate intake if Britain votes to leave the EU. PathMotion CEO and founder David Rivel warned that the concerns raised by graduates about the effect of a Brexit are now confirmed by employers, who predict a loss of graduate jobs in the UK.

Brexit could also seriously impact UK organisations' ability to access the skills they need. "This vote could have significant impact on businesses ability to recruit both highly and low skilled individuals," said Julia Onslow-Cole, legal market leader and head of global immigration at PwC Legal. "However, the full extent of this impact won't be known until the trading negotiation position is decided and whether or not this includes a requirement to implement Freedom of Movement."

There are also worries the result could lead to job losses in the financial sector, according to law firm Clyde and Co. Partner Nick Ewell-Sutton said: "Unless the financial services passporting rules are resolved in the UK's favour, then many large financial services businesses are likely to relocate to within the EU meaning large scale redundancies would be highly probable."

Experts have warned that the impact on both defined benefit (DB) and defined contribution (DC) pensions could be instability.

According to Deborah Cooper, partner at Mercer: “There will be continued market volatility impacting on the health of the UK’s defined benefit (DB) schemes as UK, European and global markets weigh up the likely implications. Increased volatility in gilt yields and sterling may have further impact on pension schemes."

“This is going to be a more turbulent time for defined contribution (DC) members looking to provide income from their retirement savings," added DC and financial wellness partner at Mercer Brian Henderson. "Many people could now see their financial health and their pensions suffer some short-term volatility. Those planning for the future may have to scale back on their aspirations; long-term savers may be able to navigate the choppy waters, but those with more immediate needs may find themselves taking in water. Anyone seeking security, whether it’s coping with debt repayment or perhaps seeking an income for life may find themselves particularity vulnerable.”

Nicely covered off the four corner stone’s though would also add one more into the pot and that is the apprenticeship within a development programme as the assumption that all graduates resolve recruitment issues is outdated. I would also take a pinch of salt with anything that comes out in the next few weeks as we are still very much in the zone of the unknown and will take a few months to get a solid grip on potential implications and solutions.

Having read this missive, would you recommend that I move to Europe, where everything is so wonderful, so that I can view the collapse of the UK economy from across the channel?

Another interesting development HR professionals should look out for is the way in which Brexit will affect employee mental health. Especially for European employees living and working in the UK, it will be an extremely unnerving time over the next couple of years. On top of the existing pressures we deal with at work, such political, economic, and social instability will push many to their limits. This can lead to further pressure on employee assistance schemes and even absence. HR directors and senior managers should ensure they take precautionary measures to protect their employees and themselves from the serious effects Brexit will have on employee wellbeing. Natasha, Bamboo Mental Health.