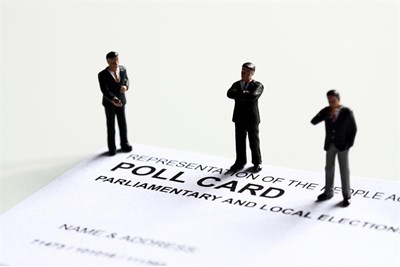 Skills and employment pledges aren’t necessarily headline issues this election, but there are still plenty of them

For the fourth time in 54 months parliament has once again turned to the British public to elect a new government.

Our first-past-the-post voting system means we can be pretty certain that one of two people will be our next prime minister: either Conservative incumbent Boris Johnson or second-time challenger, Labour’s Jeremy Corbyn.

Before delving into the skills and employment policies these parties are pledging, it’s perhaps worth taking a closer look at the main players’ leadership styles.

The choice facing the public may in fact be between two candidates with more in common than it first appears, according to Chris Carter, chair in strategy and organisation at Edinburgh University Business School. Corbyn and Johnson both appeal strongly to their own support bases but struggle to reach across the divide, he says.

“While we live in a parliamentary democracy, general elections all have a presidential element,” he says.“And I think what’s fascinating about this election is that in the two major parties we have two leaders who, while they’re both politicians to their fingertips, both play the anti-politician maverick card.

“As such they are both wildly popular with parts of their core support and very unpopular with non-believers. And that’s something we’ve not really seen since the days of [Margaret] Thatcher and [Michael] Foot [in 1983].”

But Carter also says there are subtle differences: “What you’ll find is both will look like they’re improvising. We know enough about Johnson to know it will all in fact be highly rehearsed; but with Corbyn [he] really will be.”

When it comes to the other two main players, Liberal Democrat leader Jo Swinson and Brexit Party leader Nigel Farage, Carter sees two figures struggling to find their way in from the fringes.“The Liberal Democrats will always struggle to gain airtime. When they’ve been most successful is when they’ve had a very charismatic leader – like a David Steel, Charlie Kennedy or Nick Clegg for a time,” he says.

“For Farage he’ll always want to claim he’s having a big impact on the election, but at the moment he’s a much more peripheral figure than he would like.”

Beyond lessons for leadership, HR professionals and employers will be scrutinising each party’s policies. But are skills and employment being given enough attention? According to Ben Willmott, CIPD’s head of public policy, there is a lot of thought going into these areas behind the scenes.

“Skills, employment and workplace policies aren’t necessarily the headline issues that the parties want to focus on in the run-up to the election. It’s more NHS, Brexit, crime and funding for public services that dominate the debate.

“But the parties do still recognise the importance of these issues to feed into them. Creating diverse and productive workplaces is key to addressing all of the major challenges we face, which in turn means looking at immigration policy – which in itself is a very polarising issue. So it’s all linked.”

Climate change is another hot topic in this election, and will surely be in every election going forward. And employment policy has a big part to play, according to Catherine Sermon, campaign and content director at Business in the Community. “Right now we are asking business leaders to put responsible business at every stage of their strategy and we would ask policymakers to do the same,” she says. “Over and above any single policy, we need to consider the bigger picture.

“The next 10 years will be crucial in our fight to repair the planet and to create workplaces where everyone can thrive. The next government has a responsibility to put forward policies that offer long-term support and enable the sustainability of business and the communities they serve.”

All of this is not to say there have been no big policy announcements relating to the workplace. One of Labour’s pledges is the commitment to work towards a four-day working week in the next decade. Willmott says while this is a “desirable objective”, there are certain things that would need to be in place.

“Our view is that we would need to boost productivity first – both by adopting new technology and by improving firms’ people management capability. Having said that, Labour’s proposals aren’t that radical. It’s based on a move over a 10-year period and under advisement from a new working hours commission. So while on the surface it looks like a very bold proposal, if you look under the hood it is a lot more pragmatic than that.”

All parties are also making positive noises around childcare and improved parental leave. Even the traditionally frugal Conservatives, for example, are considering increasing free childcare for all two-year-olds from five to 15 hours per week. Elsewhere, Labour are offering to extend statutory maternity pay from nine to 12 months.

Ann Cairns, global co-chair of the 30% Club, welcomes these proposals, but would go even further. “I think it’s an important time to be talking about parental leave, not just maternity leave,” she says. “It is also worthwhile for any government to look at care options from birth to full-time school age, to see how we should be helping both parents achieve productive working lives with excellent family support.”

But the impact of such policies on employers must also be considered, says TalkTalk chief people and procurement officer Daniel Kasmir. “You have to recognise that the mix of people at work and how they live their lives is ever-changing,” he says. “We are of course in favour of promoting equality and flexibility in how we approach parental rights.So looking at something like improving the offering in this area is absolutely the right thing to do.

“What I think is important is to do it in conjunction with business, so we don’t get policies that are so prohibitively expensive that it causes employers to become selective in terms of who they employ.”

More broadly, Kasmir would like to see whoever forms the next government continue to improve access to skills, especially to prepare workforces for the huge changes that technology will bring.

“We’re seeing huge changes brought on by rapidly developing technology and now identifying skills that will need to exist in two years’ time. So the ability for us to be able to train and retrain people, both existing employees and future employees, is absolutely key.

“So far we like the apprentice schemes. In the future we’d like them to go further, be better, be less complicated and help us to support good causes like social mobility.”

The Liberal Democrats’ flagship policy, its ‘skills wallet’, appears to align well with these demands. It promises to give every adult £10,000 to spend on workplace training from the age of 25 to 55 years old. And Kasmir sees this approach as part of a “revolution” in the way we discuss in-work training, especially for those in the mid or later part of their careers.

“Everyone’s talking about automation and the threat that brings to people’s jobs. But it doesn’t have to be that way – as a race we as humans are resourceful. What we need are the skills to make automation happen, and by joining up the way we provide training, we can do that.”

So while focusing on the biggest challenges may mean that employment policy isn’t mentioned explicitly as much as other topics, it’s obvious that to deliver any of their wider promises, all parties will need a robust and effective plan to make the workplace as efficient and productive as possible.