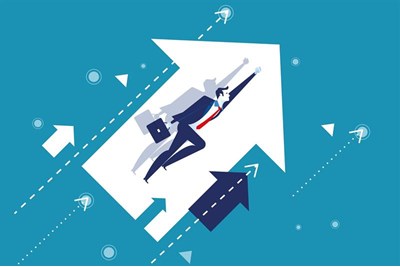 While many aren't prepared for a four-day week, businesses support the idea of an afternoon off on a Wednesday, according to research from Kin&Co

Despite a number of organisations adopting the four-day week in recent years, just 48% of businesses think their company would benefit from the move, the survey found.

In September the TUC called on businesses to adopt a four-day week, saying this could be a possibility for all organisations in the next century. But only half (50%) of those surveyed by Kin&Co said a four-day week would work in practice at the moment.

The research highlighted that the 'mid-week slump' has been recognised in the education sector, with many schools, colleges and universities offering free hours or sports options for half a day a week. It pointed out that the majority of primary schools in France and The Netherlands already give pupils Wednesday afternoons off.

Kin&Co has launched a Wednesday 'Off-ternoon’ campaign for all workers and has trialled this for two years. It said it has achieved more than 50% year-on-year growth with this model, while 74% of staff in the trial said they felt more productive.

“We strongly believe that the Wednesday 'Off-ternoon' is not only the most beneficial for employees, but also the most practical and accessible option to businesses today,” said Rosie Warin, CEO at Kin&Co.

Gail Kinman, professor of occupational health psychology at the University of Bedfordshire, said that providing an afternoon off could help boost productivity and lower stress levels. “Stress in the workplace and poor work/life balance are serious problems for British businesses; with millions of hours lost to stress-related illness every year," she said.

“The Wednesday 'Off-ternoon’ has the potential to be revolutionary for the UK economy – particularly given how well Wednesday afternoon off has worked for the education sector. By helping employees to switch off mid-week and have a chance to rest or focus on personal interests they are far more likely to recover mentally and physically, return to work more productive, and have lower stress levels in the long term.”

Kin&Co's research was conducted among 200 HR professionals by Censuswide in November 2018.