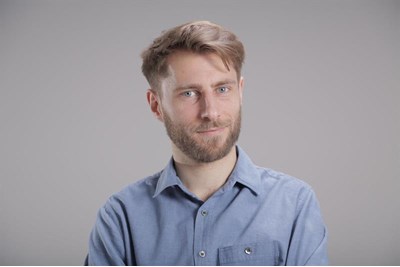 My career has been just that - I've careered from one thing to another!

The path metaphor has reached its end. What's needed is one that conveys a career as made up of different threads

It doesn’t take a poet to know that words have power, and one aspect of language we need to pay close attention to is our metaphors. Metaphors structure how we think but can easily blend into the background. For example, 'a career is like a path' is a metaphor so ubiquitous that we often forget it’s a metaphor at all. This metaphor doesn’t serve us well, but there is a useful alternative.

Metaphors structure how we think

The 2011 scientific study Metaphors We Think With: The Role of Metaphor in Reasoning, by Paul Thibodeau and Lera Boroditsky, gives us a good place to start. It looked at how different metaphors for crime affect how people think it should be dealt with. Respondents were given news articles where rising crime was either framed as a beast or a virus that was ravaging the city. People given the 'crime as beast' metaphor tended to recommend stronger enforcement responses like tougher sentencing and more police on the streets. Meanwhile, people given the 'crime as virus' metaphor tended towards recommending preventative measures like education and policy changes. The framing metaphor had a more significant impact on people’s recommendations than politics or gender.

The end of the road: career as a path

The framing of our careers as a 'path' is everywhere. But what does it infer? And is that helpful in the current climate? On a path you 'travel forwards' or might be 'held back'. You might make a 'wrong turn' and if you did you 'leave behind' an opportunity. You could decide to 'press forwards' to avoid wasting time on a 'back track'. Perhaps you reach 'a crossroads' where your options are presumed to be known, distinct, and limited.

But is this the best way to think of our careers in a changing world? How many careers can be easily 'mapped' out? And is it helpful to think of side tracks, experiments, and career breaks as detrimental to our progress? With careers more emergent, blurred and fluid than ever before I propose that the path metaphor has reached the end of its 'road'. We need new metaphors that help us tie together the experience of building a strong career.

A new metaphor: career as threads

A career is made up of threads. We all have a different set of threads (experiences, sectors, roles, skills), that we can pull on at different times. A role in which we thrive is likely to tie together some of our best threads. But we also put down and pick up threads as we go. Perhaps an important thread (for example a sector or region) becomes less important as we strengthen a more rewarding thread (such as a specialism or way of working). We might develop threads outside of work and then later successfully weave them into our working life. Or we might revisit old threads we had previously thought unimportant. Even when threads get a bit messy they can be untangled with a bit of attention.

As I talk to people about this I have found the threads metaphor truer to experience, more relevant in a dynamic climate, and more psychologically useful. Using my own career as an example, my threads were: in-house R&D, innovation consulting, living and working in China, global cross-functional projects, global arts collaborations, writing poetry, social sciences, community volunteering, and specialism in a handful of business sectors.

Fifteen years in I was worried my 'path' was uncertain as I didn’t have a clear view of 'where I was heading'. Thankfully I received good advice and kept pulling at threads. I started Let’s Go in 2013 and now we are a team helping organisations of all kinds get better at collaboration – work that weaves together many of my threads.

So the next time you are talking to someone about their career path why not offer them an alternative frame of reference? In a conversation about career threads most people know which they want to pull on.

My career has been just that - I've careered from one thing to another!