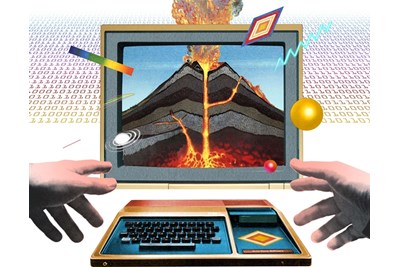 Charity VSO uses technology to enable collaboration and learning between employees spread all over the world.

Collaboration enabled by technology is vital to employee engagement at the international development charity, according to head of learning and development Jacky King.

She said while engagement is important to all organisations, it is especially critical to VSO. “It’s why we exist,” she said. “Our staff and volunteers are dispersed around the world. We must build strong, trusting relationships with colleagues we may never meet and we do this through the creative use of technology.”

King added that using innovative and creative channels of communication are critical, as the organisation operates in more than 20 countries.

She told HR magazine: “The way that VSO ends poverty is through collaboration, sharing skills, talking to each other, using mutual learning and participatory approaches to alleviating poverty. We try to replicate that way of working within the organisation.”

VSO’s innovative use of technology, which saw it recognised at the Employee Engagement Awards, includes a social media platform, ‘Chatter’, which King said has become a key focus point for sharing, collaborating and socialising across the organisation.

The charity also launched 10 new online courses on a Moodle Learning Hub, including an ‘Introduction to International Development’. And it uses ‘Global Jams’, which are discussion forums based on an online interactive whiteboard. These jams have been praised by staff for helping to capture a wide range of opinions and ideas easily.

King said that if other organisations want to become more innovative in their use of technology, they can often do so without spending too much money. She said:  “Going through that process we realised we have all the technology that we needed, we just weren’t using it. First, it’s about behaviours and then it’s about using technology to empower, encourage and reinforce those behaviours.”

She also encouraged HR and learning professionals to involve influential people in their organisations who may not be tech-savvy. “We have found that utilising people who you would least expect to be advocating technology can be a great encourager,” she said. “Getting people who aren’t tech-savvy [to talk about] how [technology] has helped them achieve something can influence others to make the technology mainstream.”