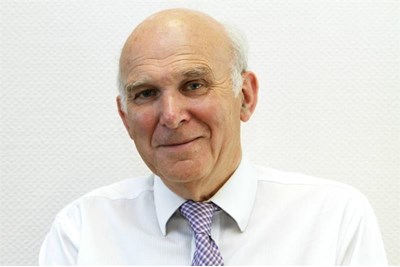 Speaking at the Mad World summit, the leader of the Liberal Democrats and former business secretary said he was concerned about the pressures younger generations face at work

“I do worry about generational differences in general; it is a massive issue. If you are a young person just coming to the labour force in your twenties, there’s a big gap between school and the workplace, which isn’t always covered by mental health services properly," Cable told the audience at the Mad World summit. "There’s not the same security with jobs, and the housing market is not as secure as it used to be, so there’s a lot of pressure."

Cable said he was particularly worried about the young ages at which mental health issues are manifesting.

"What horrifies me as well is what's in the pipeline. I've been to schools where I've heard that there are children as young as eight or nine having difficulties with their mental health," he said.

"As you go through the school system we’re getting an enormous instance of mental health issues. It’s always been there, but it's definitely more visible now. I am very worried that we have a generation who are under enormous stress, and even if they get help, there is then a cliff edge when they reach adulthood,” Cable continued.

He went on to point out that mental illness at work is having a huge strain on the economy.

"The thing that I find quite shocking is that 300,000 people a year are losing their jobs [because of mental health issues]. Although there is now more awareness, more than 10% of employers have been sacking people who have confessed to having a mental illness. We were aware in the business department of how much mental health is costing Britain; it’s much more than the cost of Brexit actually," he explained.

Cable also shared the pressures he had faced in his political and personal life.

“Politics is brutal, and it’s not something you should get into if you want a stable, steady existence. There are two mental health challenges I’ve had to deal with. One is resilience – standing in Parliament I’ve won five times and lost five times. On the last occasion I lost my seat, which was my life, so you have to learn to live with defeat," he said.

"But I had dealt with far worse in my personal life; losing my wife two decades ago to breast cancer."

He said that he'd found physical exercise and reading helpful for dealing with stress.

“I have weekly ballroom dancing classes, much to the horror of my colleagues, and I go to the gym regularly. Even in the most stressful times I read novels. When your mind is turbulent, when you read a book and see the life of other characters, you get in to someone else’s mind. It's definitely been one of the most calming things," he added.