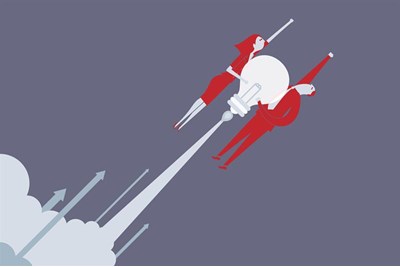 Employers should view the gender pay gap as a productivity gap, according to chief executive of the Fawcett Society Sam Smethers.

Speaking at the Gender Pay Gap Conference 2016, Smethers said that gender pay gap reporting, due to be introduced in 2017, is only the start of the struggle for equality.

“Gender pay gap reporting is an important step and we welcome it,” she said. “However, unless we take action to equalise leave entitlements and enable men to do more caring, advertise all jobs on a flexible working basis unless there is a good business reason not to, and get more women into higher paid science, technology or engineering sectors, we won’t close it.

“The gender pay gap is a productivity gap. It represents the wasted potential of women’s talents and skills,” she added.

“These findings show that the majority of women are going to be looking for employers who are taking action to address it. It is less having a gap that matters and more what you are going to do about it,” Smethers said.

Ann Francke, CEO of the Chartered Management Institute, explained that many firms suffer a ‘glass pyramid’ effect, whereby women are concentrated in the lowest-paid roles, with very few making it to the top levels of management or the board.

She suggested one way to break the glass pyramid is to encourage men at the top to role model a strong work-life balance. “If your CEO leaves a meeting because his child has a recital he wants to go to, that sets a great example,” she said. “Encourage your male CEOs and senior team to be role models.”