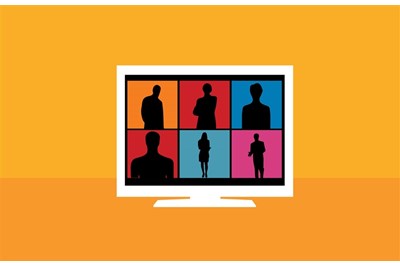 While video interviewing may raise concerns about discrimination during recruitment, it has many time and resource benefits.

The focus for those in HR should be how the two can best co-exist to make the recruitment process more efficient and effective. “It is important to remember that [video] must be used in conjunction with other technologies and human interaction to gain the best results,” says Samir Khelil, head of global sales at e-recruitment software provider WCN, which has helped several companies integrate video interviewing into their recruitment processes. “Video interviewing increases speed of hire, allowing recruiters to focus more time and energy on the best candidates,” he adds.

Research from job board Monster and University College London’s Business Psychology MSc programme, found almost half of respondents use video interviews as part of the selection process, demonstrating that the technology has passed through the early adopters’ stage. Moreover, a minority of recruiters (7%) do not use any form of face-to-face interview at all.

The most obvious application for video interviewing is for the initial stages of high-volume recruitment campaigns. Brett Davies, resourcing manager at the Post Office, has been using video interviewing since September 2014. Using the online Sonru system, the Post Office video-interviewed and reviewed 550 candidates in two weeks for the first stage of its temporary Christmas staff recruitment drive. An initial 20,000 applications were received, from which 1,400 were invited for a video interview.

Davies explains that by using conventional means it could never have assessed this number of people in such a short time frame, and says it resulted in significant cost savings. “Overall, it saved around 80% year-on-year in terms of travel, venue and similar costs,” he says. Previously, prospective candidates would have attended an assessment centre with up to 20 trained assessors hired for the day, “so we could easily be spending £50,000 to run 10 assessment days”.

Recruitment firm TMP Worldwide introduced video interviewing for its clients several years ago when it recognised that was the future direction of assessment. “It is a very effective way of conducting global interviews and provides logistical freedom,” says Simon Hill, solution design architect at the company, which uses Tazio’s online platform.

Hill explains TMP usually deploys the technology in the early stages of the selection process. “For example, after successful submission of application and online testing,” he says. “It has proved to be an effective tool to manage the pipeline. It helps to reduce candidate volumes at the later, more expensive stages of the selection process while still identifying people of high calibre.”

When it first arrived, video interviewing sparked several concerns. One of the chief ones was its ability to allow recruiters to see candidates early in the process. Some feared this might encourage discrimination on appearance. It comes down to employers and recruitment firms putting robust policies and procedures in place to ensure their recruitment practices aren’t discriminatory. “TMP ensures that all of our recruitment processes are validated and analysed for adverse impact to mitigate any risk of discrimination,” adds Sara Azimzadeh, senior consultant in the assessment services team. “We see video interviewing as a useful tool in enhancing diversity.”

Another concern was that good candidates may be overlooked purely because they were unable to acquit themselves well on video and Khelil acknowledges there is still a generational gap between Generation X and Y. “Those brought up on technology are far more accustomed to video interviews, but the gap is gradually closing,” he says, adding that increasingly candidates will expect it as part of the recruitment process. “Candidates enjoy the process because it allows the interview to be scheduled for a time that suits them, which enhances the increasingly important candidate experience.”

Arguably the one-way interview, where the candidate uploads a video rather than a face-to-face approach, can help the individual to relax. This approach also has delivery efficiencies for the recruiter, such as removing the need for interview scheduling. “This means we can assess interviews at any time, anywhere,” says Hill. “In contrast to more traditional telephone interviewing, video interviewing also provides an opportunity to assess non-verbal communication. It’s well suited to a strengths-based assessment methodology.”

Davies says that the use of video for the Post Office’s Christmas campaign certainly helped the resourcing team manage its time more efficiently and adds there are other benefits of the one-way approach. The resourcing team was able to pre-select and agree the questions with other stakeholders in the recruitment process, and discuss exactly what they were looking for. “This made it easy for the resourcing team to match the responses to the criteria and then pass them through to the hiring manager for review,” he says. “The hiring manager can then see the video interviews and decide who to contact for the face-to-face interviews.”

Following the pilot, Davies gained approval and support to extend the use of video interviewing to management positions and the Post Office has since made a number of senior hires using video as part of the selection process. As well as proving to be an effective recruitment tool, Davies points out using virtual interviewing also aligns with the behaviours the Post Office is looking for in its talent.

“One of our big drivers is about ‘thinking digital’, so being comfortable with technology is an indication to us that they can work in a branch using a self-service kiosk or our Horizon counter system,” he says. “As an employer we have a responsibility to stay ahead of the curve and offer candidates an application process that doesn’t rely on antiquated methods of having to come in for three face-to-face interviews where they are asked similar questions at each stage. Of the 20,000 people that applied for Christmas jobs, some would have been surprised to see us using video, but that’s great as it has a positive impact on our employer brand.”

Thanks for publishing this Scott! The death of face-to-face interview...unlikely. Face-to-face interviews significantly reducing...that's already happening. Video interviews are the successor to the telephone interview. While they are much more scalable (as discussed in this article) the real value is that they are proven to be a much better predictor of performance at the in-person stage resulting in fewer better in-person interviews and happier hiring managers!