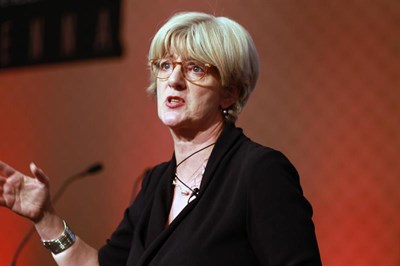 Leaders need to take responsibility for scandals and “it’s not good enough” for CEOs to claim that they knew nothing of the unethical activities going on in their organisations, according to HR Most Influential Thinker Veronica Hope-Hailey, dean of the University of Bath’s School of Management.

Hope-Hailey, who is ranked fifth in the HR Most Influential Thinkers 2015 ranking, was speaking at the Corporate Research Forum’s conference in Vienna, where more than 400 senior HR practitioners gathered to discuss the meaning of work.

Referring to the recent Volkswagen diesel emissions test cheating scandal, which she called “utterly shocking” and indicative of “systemic” issues, Hope-Hailey said: “[As a leader] you cannot say: ‘I knew nothing about it’. It’s not good enough. You lead the organisation. Take responsibility.”

Hope-Hailey said that the financial crisis of 2008 has led to significant discomfort among the general public about poor behaviour in business, and that the many scandals since have added to this unease. “Leaders are under greater scrutiny and you are going to have to step up to it,” she said. “It won’t go away.”

In the case of a crisis, Hope-Hailey said there are four key trust relationships that could have been fractured. They are: trust in leaders, trust in the organisation, trust in line management and trust in external relationships. Leaders must decide which one is the most damaged, and take quick action to repair it.

“[In a crisis] you can’t do them all,” she said. “Where will you focus trust? In the case of VW will it centre trust around the leader? Around the brand? Locally in teams? Out in the customer and supplier base? Prioritisation is going to be key for them.”

“To climb out of the valley of distrust you need to create a bridge for employees and customers to get them across to the other side,” she added.

For organisations that have broken people’s trust, Hope-Hailey said how they react in the days after the crisis is critical. Immediately after the scandal she advised leaders to: apologise and take responsibility; express regret for others (not themselves); order an immediate and independent investigation; exit all those at senior levels involved with or tainted by the scandal; and work to demonstrate trustworthiness.

In the medium term, she said organisations should publish the results of the investigation and face questioning; decide whether the situation was a “blip” or whether there is a need for full cultural transformation; and if transformation is required, overhaul the section, promotion, reward and career development systems for leaders.

Hope-Hailey also spoke on the concept of ‘followership’ and said the idea of meaning in the workplace is being “renegotiated” in the wake of the financial crisis and with new generations in the job market.

“You’re not a leader because of your job title; you’re a leader when people choose to follow you,” she said. “The idea that a CEO can determine meaning and culture alone is anachronistic. Culture is co-creation – you can’t create it in a boardroom and cascade it down. It’s got to be a dialogue.”

Instead, she said, leaders should be “architects of meaning”. They should focus on creating a higher and shared sense of purpose; use the organisation’s history to demonstrate connections to the past and future; demonstrate benevolence; practise “relational” leadership rather than “putting on a red cape”; and tell their own personal leadership story, as well as listening to others.

“If we want someone to trust us and find more meaning in work we have got to spend more time demonstrating trustworthiness [as leaders],” she concluded.