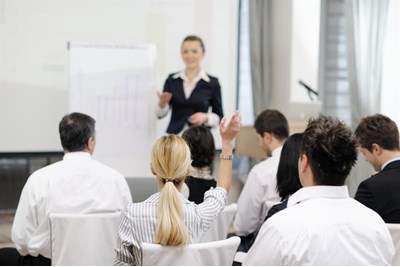 Organisations should not be afraid of upskilling managers that could potentially leave, according to Andrea Vogel, head of people and achievement for charity War Child UK.

Speaking at the annual CIPD conference in Manchester, Vogel said that being scared of employees leaving is no excuse for neglecting training. "If they do leave, but they remember you as a good employer who offered them training, then they might come back with the new skills they have learned outside of your organisation," she said.

She added that working in the charity sector can present a challenge when it comes to funding for HR initiatives and training. "We don't have any money but we want to invest in our people," she said. "However, this just prompts us to be more innovative in what we offer."

One of the methods War Child utilises is coaching. "We've found it great for people who say that just training won't make them a great line manager, but want a guide for a period of time to help them," Vogel said.

Speaking at the same event Mark Cole, leadership development programme manager at the NHS London Leadership Academy, said his organisation had been considering ways to support employees to have open, honest conversations with their line managers.

"We call it speaking truth to power," he said. "The fact is some people might not say the things they want to because their line manager is present, and that can be a major issue for organisations. To combat this we have 'speak up, listening up' workshops where we teach people what it feels like to speak up."

Paula Leach, chief people officer at the Home Office, said listening to the opinions of staff when implementing a new performance management programme had been key. "Our system now encourages ongoing conversations with little to no paperwork," she said. "We didn't just rip up everything and tell them not to submit anything though. We tried a number of different approaches and chose the ones that worked best for us."