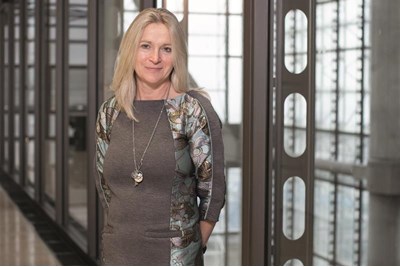 What do the first ever motor policy, the world’s most expensive diamond, the doomed Titanic, the facial hair of the Derbyshire Whiskers Club and a bungee jump by Will Smith all have in common? Answer: they’re just some of the weird and wonderful things for which policies have been drawn up by Lloyd’s of London underwriters over the past 300-plus years. (A snapshot that also includes, so the myth goes, insurance against the risk of individuals transforming into vampires or werewolves.)

Starting out in a London coffee house in 1688 but now working across around 200 countries, Lloyd’s is the world leader in specialist insurance. Despite what many think it isn’t an insurance company, but rather the market within which underwriters from insurance firms (and private individuals) come together to spread risk. Essentially it’s the hub of the insurance world.

“It’s an unknown gem to people outside – it’s like London’s best-kept secret,” Andrews says as we take in the view looking down the HQ’s atrium onto the famous underwriting room and its iconic HMS Lutine bell (salvaged from one of Lloyd’s most prolific maritime losses and historically rung once for a ship’s loss, twice for its safe return). We also take in the building’s industrial-looking escalators and labyrinth of concrete and metal architecture.

This mish-mash of tradition and modernity is intentional, says Andrews, who reports that the newest addition to the firm is an innovation lab – which she describes as “bringing Shoreditch into the City”.

“There’s a huge amount of passion and pride and we need to keep what’s valuable about the traditions and history, but equally it needs to be modern and nimble and cope with the changing world or it won’t survive. It’s that blunt,” she says.

Striking this balance is no simple task. But it was this that first attracted Andrews to the role back in January 2015. “When I told friends I’d been offered the role they said ‘but it’s old-fashioned and bureaucratic’,” she explains. “But I knew what the vision was and – it sounds twee – but when Isee where we are, where we need to be and can visualise the path to getting there it energises me. So I thought ‘actually I fancy being part of this change’.”

So Andrews set about modernising Lloyd’s. This has involved spilling its secrets to the outside world. “It’s been a bit like a bubble. But there’s a big world outside and we need to open it up and have talent coming in with different views, ideas and ways of doing things,” she says.

One thing she quickly realised was how London-centric Lloyd’s was, despite being a global marketplace. “The market still follows the old [British] Empire trading routes from when it was set up around marine shipping. When there were risks sending ships across the world there was a need to spread the risk; so if the reward came in it was shared but if the ship went down the risk was also shared,” Andrews says.

“It was the birth of insurance, which is fascinating. But this meant people still spoke about London and ‘other’ – the rest of the world was just ‘other’. We needed to think and act more globally in terms of our people, processes and technologies,” she continues, explaining that a new office in Brussels is part of this global shift.

Andrews says that her role brings different challenges to those faced by many HRDs because “50% of [her] role is the corporation and 50% is the market”. Which means, as well as heading up the people agenda for the company’s 1,000 global employees, she is also responsible for influencing the direct market of around 53,000 people, and the indirect (the brokers and third parties) which stretches even further. “We are the heart of the market so we need to influence the big and small insurance firms because they look to the centre for guidance,” she says.

Gender pay gap reporting is one area Lloyd’s influence is evident. Andrews invited the market to an event to share the corporation’s results, and several insurance firms then used Lloyd’s presentation, comms and initiatives as a benchmark for their own.

“I can’t tell them what to do as they’re not my employees, so we try to inspire them through change and role-modelling – but it’s not easy,” Andrews says.

“I’ve worked for Ford and Lloyds Bank, which are massive, but they’re all your employees so they have one CEO, the same values, ethos and behaviours. Here there’s all these different parties you need to bring together and find common ground with. So I’ll often say ‘what’s the carrot? Why should people want to do something different?’”

It’s a challenge Andrews says requires her to “pull on every bit of experience [she’s] ever had to move things forward”.

Thankfully she’s had her fair share of challenging career experiences to draw on. Joining Ford Motor Company out of university, Andrews was thrown into the Halewood manufacturing plant in her first job as “a baby employee relations officer”. “It was me and 3,000 men in a paint shop,” she recalls. “My nicknames were princess and la-dee-dah!”

Here Andrews quickly became accustomed to dealing with major strike action. “It was a real sink or swim environment and not for the faint-hearted. Imagine hundreds of thousands of men blocking the entrance to the plant and you have to walk through pickets because you’re on security,” she says.

It’s a far cry from the role she thought she’d signed up for. Andrews explains that HR had to “turn its hand to everything” from security to fire duty to making sandwiches: “whatever it took to keep the plant and the remaining staff going”.

Then came Lloyds TSB, where less than a year into her role as head of HR for wholesale banking the financial market crashed. “I watched the screens crash and saw grown men weep because they’d literally lost everything,” she says. Off the back of this she was then part of the HR transformation team tasked with setting up the new company when Lloyds TSB acquired HBOS in 2009 and formed Lloyds Banking Group.

“In my job now I never know what’s going to be thrown at me, but one thing my experience has taught me is I can turn my hand to anything,” Andrews muses.

One of the key things she’s turned her hand to at Lloyd’s of London is modernising its approach to talent. She’s set up a talent strategy for both the corporation and the market, introduced an emerging talent programme to increase workforce diversity, and launched a focus on scouting for talent from outside of the industry.

“There’s untapped sources of talent out there so we need to show them what a fab place this is, as in the past they wouldn’t even know it existed,” Andrews explains, giving the example of the chief data officer she recruited from Tesco. “But we also need to create an attractive culture because the traditional culture isn’t attractive to everyone.”

There’s been small changes like relaxing the traditionally-strict dress code. Then much larger pushes like the Dive In festival, a market-wide annual diversity and inclusion festival Lloyd’s launched four years ago. Critical to its success is that it’s not owned by HR but by Inclusion at Lloyd’s (the D&I market steering group), and that it brings in inspiring external speakers such as well-known sportspeople.

“In the second year we opened up Pandora’s Box around mental health,” says Andrews. “We were sat in a room and a famous cricketer was saying how difficult his life had been with depression. Grown men in the room were crying and I thought ‘we’ve started to open that box’.”

Proof is the festival’s growth each year; it spanned 27 countries in 2018 including an event in Saudi Arabia on women in business. That said, not everyone champions such a shift.

“I was sent anonymous letters telling me I should go back to wherever I came from, because we were starting to talk about stuff some people found uncomfortable,” reports Andrews. “But that told me it’s absolutely the right thing to do, so you just keep going.”

Andrews credits former CEO Inga Beale – as not only the first female CEO in Lloyd’s history but also the first openly bisexual woman “who talked about what it’s like to work in the market” – for starting “a legacy for change”.

“For fundamental change you always need leadership from the top and she brought a real sea change,” she says.

Such efforts are paying off, with the executive committee now a 50:50 gender split. Andrews recounts a personal anecdote of progress: “I was interviewing a woman for an underwriting role and asked why she wanted to work here.

She said ‘because of the progress you’ve made for women in this market – I want to be part of that’. For someone to feel they can be a mum and work in this traditional male-dominated place… I was like ‘kerching’.”

Success stories like this are also down in no small part to a greater commitment to flexible working, Andrews believes. The firm has produced a guide on family-friendly working policies, but Andrews also insists teams take an informal approach. “HR doesn’t even need to know about it,” she says. “How people deliver is fine as long as it works for them, the team and the business.”

Flexibility is something Andrews is especially passionate about, knowing all too well the impact it can have. “I remember when I was having an awful time – my ex-partner had serious mental health issues and I was caring for him and didn’t know where to get help, I had a four-year-old and a two-year-old, and I was doing a full-time job. And I sat in front of my boss and said ‘I’m torn too thin’,” she recalls.

“What I really needed him to say was ‘go home, get some sleep, come back tomorrow and we’ll look at what you’re doing and manage it.’ But he said to me ‘you’re going to have to make a choice between your family and your job’. I was devastated. That was the last thing I needed to hear and I never want anyone else to feel like that.”

Andrews adds: “I describe a career like a thermostat – there’ll be times in your life where you can turn it up and give more and times where you need to turn it down as you’re torn in different directions. And that’s OK – what you need is the support to be able to do that.”

It’s a commitment Andrews says she’ll continue to work on with new CEO John Neal who joined in October 2018. “He’s particularly passionate about caring and family responsibilities and we’re also talking a lot about mental health, so from day one we’re having the right conversations,” she says.

And so modernisation at Lloyd’s will no doubt continue apace – on all fronts. “There will be more change as that’s the way the world is going and we just need to be nimble and move with it,” says Andrews. “But it keeps us on our toes doesn’t it?”