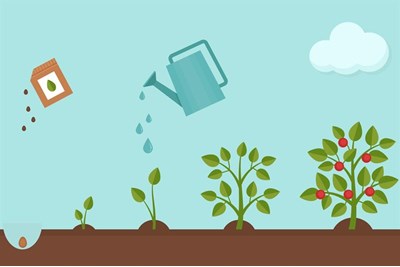 There have been seven waves of HR and employee relations. In the latest wave HR and unions must work together more closely

HR is now entering the ‘paradox wave' of its evolution, according to Nick Dalton, SVP HR at Unilever.

Speaking at an event held by Marshall-James CEO Andy Cook at the BBC New Broadcasting House, attended exclusively by HR magazine, Dalton said that because HR is “dealing with relationships” it faces many paradoxes.

He explained that there has been seven waves of HR and employee relations: paternalism, power, process, profit, people, paradox and planet.

Regarding the first wave, Dalton said that Unilever’s founder was paternalistic, creating the Port Sunlight village where employees could live and work.

“The HR department of the day was Port Sunlight Fire Brigade,” he mused, adding: “HR didn’t exist in the paternalism era”. The “HR challenge of the day” then was to “make sure [employees] turned up,” he said.

The second wave – power – came when paternalism was too expensive, Dalton continued. It involved leaders adopting the “JDI” – or just do it – approach, he said.

“Whenever you hear people say JDI – just do it – this is the power era,” he said. “Many companies still adopt this approach of ‘we have the power so you do as I say',” he added, warning against the negative fallout this creates of too much focus on internal disputes and egos.

Dalton said he started his career during the next stage, the process wave, which saw the emergence of the personnel officer who implemented rules, policies and processes. Next came the profit wave and the function’s name change from personnel to HR.

“I never understood the name change but now I do," said Dalton. “In ER terms it was fascinating as the paternalism era was ‘I’m your father you can trust me.' When paternalism was dying it was ‘I’m the boss, do as I say’ [the power wave]. Then the process era was ‘we have rules and procedures, follow them’,” he said.

The profit wave followed, in which organisations “ran into issues”, with Unilever unearthing some unfavourable temporary labour practices in its business for example.

Dalton recounted how Paul Polman, former Unilever CEO, brought a vision to shift the company from a profit business to one focused on people. This included the launch of the Unilever Sustainable Living Plan, which shifted the organisation's focus to purpose.

“And the business started to move HR and ER policies in the direction of being more inclusive of people,” he said. He gave the example of diversity and inclusion becoming something that was not done solely for defensive reasons to correct something that had gone wrong, but because of the type of business employees and consumers wanted it to be.

This became the people wave where HR focused on teams, continued Dalton. “Now the age we’re moving into is the age of paradox,” he said, which involves HR working together with unions on the future of work.

“The digital age is coming – so do you want to get people ready for this or just do things the traditional way?” he asked. “Let’s do it a different way and work together and get all employees future fit.”

The challenge, Dalton noted, is that “we don’t know how to do that and nor do [unions]”.

However, it’s a shift that organisations and unions need to work towards because of changes in job structure, he pointed out. “Very soon we will have different ecosystems of work,” he said. “New jobs created will be flexible. So we need to work in a new ER environment with unions and others on what flexible security looks like.”

“There’s no longer just people who work for us on a 40-40-40 [basis],” he said, referencing the traditional idea that people would do a job for 40 hours a week for 40 years and retire on 40% of their basic salary.

While he acknowledged that it's still “early days” for efforts to think flexibly, Dalton insisted that it’s “this type of thinking that is needed in the [paradox] wave”.

The leadership style required for this wave is also different to in the past, said Dalton, emphasising a need for what he called the “Nelson Mandelas of the business world”.

He gave the example of the paradox Unilever faces as a business that focuses on sustainable living but creates plastic for its products. “Only leaders who are at that level can deal with these paradoxes,” he said.

When asked about the paradox leaders face between creating shareholder value and a purpose that protects the planet, Dalton suggested this isn’t as much of a paradox as people assume, however. “It’s interesting that this is a paradox in our heads as I don’t think there is a future without purposeful brands,” he said.

Dalton said that some areas of business still operate in the early waves. “We still tend to operate with unions at this process level,” he said, adding that there are different ER challenges in different countries, with HR in some countries “nowhere near paradox” stage.

What’s important, Dalton continued, is that HR continues to progress through future waves – otherwise it risks moving backwards to the first three waves of paternalism, power and process.

“If we don’t develop future waves we regress back and then we put the world in jeopardy – it sounds dramatic but we can see with the environment that this is the risk if we don’t.”

If HR and unions don’t work together to progress in this way, then government policy will step in, he warned: “If we don’t sort out how we deal with flexible employees, laws will come in that will take us back... to earlier waves.”

Beyond this paradox era, HR will enter the planet wave, said Dalton. He admitted we “don’t know what [this] will look like” yet.