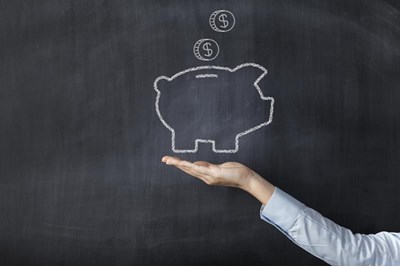 ​UK employees say £361 more each month would allow them to save, equating to a national savings gap of £9.7 billion per month

Those currently earning less than £30,000 a year (9% earn less than £20,000) and renting or living with friends were found to be at particular risk of struggling to save.

The Looking Beyond Rewards report found that employers are in a strong position to assist workers with their finances, coming second only to family. When respondents were asked to what extent they trusted particular groups regarding advice on financial matters, 71% said they trust their family, 62% said their employer, 56% said financial institutions, and 46% said the government.

Regarding limitations to people's ability to save, 61% cited personal pressures, 39% said they lacked the financial knowledge to manage long-terms savings, and 41% cited lack of knowledge about pensions, savings and investments.

The report also suggested that personality and psychological traits have an impact. It found that those with high levels of ‘neuroticism’, which the report said is marked by 'impulse, social anxiety, and a higher sensitivity to distress' demonstrated the least financial wellness. Conversely, those who showed ‘conscientious’ personality traits, who are ‘driven by the need for order’, had a greater propensity to save and greater financial wellbeing.

Commenting on the research findings, sales and commercial director at JLT Employee Benefits Nick McClelland said that increased financial education must fill the gap where pay rises are "not feasible".

“Our findings demonstrate the scale of Britain’s savings problem. The perceived need for an extra £361 a month cuts to the heart of the dilemma. However, the answer to this problem is a not a pay rise for British workers – this isn’t feasible. Rather, we need a mindset adjustment from all stakeholders,” he said.

“For too long stakeholders and the media have tried to label low saving levels in the UK as a generational issue – the outcome of a ‘Millennial mindset’ – failing to acknowledge that this is a much broader question of education and support.

“Employers are uniquely positioned to step in and help their employees reassess their financial wellness," he continued. "Helping employees to feel more confident about money and helping them to talk openly about their financial situation is the first step. It’s time to start talking to your employees about the things that matter to them.”

However, the Resolution Foundation said high living costs and weak pay growth meant many had been forced into increased borrowing and are saving less as a result.

Figures released by the ONS on Friday showed that the household saving ratio fell 0.4 percentage points to 4.1% in the first quarter of 2018 – the third-lowest quarterly saving ratio since records began in 1963.

Commenting on the ONS’ findings, director of the Resolution Foundation Torsten Bell said: “The figures show that the recent period of high inflation, and historically weak pay growth, caused a renewed living standards squeeze. The squeeze of the last two years is all the more worrying coming on the back of weak income growth before and after the financial crisis.

“Households have responded to shrinking pay packets and squeezed incomes by choosing to save less and borrow more."