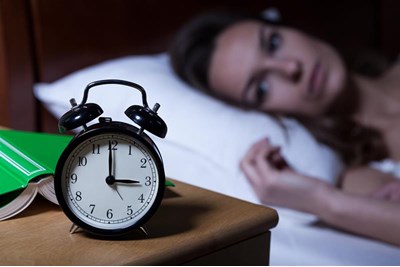 The UK loses just over 200,000 working days a year due to sleep deprivation, according to research from not-for-profit research organisation RAND Europe.

The study Why Sleep Matters – The Economic Costs of Insufficient Sleep found that the US suffers the biggest financial loss (up to $411 billion, or 2.28% of its GDP) and most working days lost (1.2 million) due to sleep deprivation among its workforce. This was closely followed by Japan (up to $138 billion, or 2.92% of GDP, and around 600,000 working days lost).

The days lost were calculated from productivity losses at work occurring through a combination of absenteeism, employees not being at work, and presenteeism, where employees are at work but working at a sub-optimal level.

Marco Hafner, a research leader at RAND Europe and the report’s main author, explained the business case of encouraging healthy sleep. “Our study shows that the effects from a lack of sleep are massive,” he said. “Sleep deprivation not only influences an individual’s health and wellbeing but has a significant impact on a nation’s economy, with lower productivity levels and a higher mortality risk among workers.

“Improving individual sleep habits and duration has huge implications, with our research showing that simple changes can make a big difference. For example, if those who sleep under six hours a night increase their sleep to between six and seven hours, this could add £24 billion to the UK economy.”

The report advised that employers consider designing and building brighter workspaces with facilities for daytime naps, combat workplace psychosocial risks, and discourage the extended use of electronic devices after working hours.

Guy Meadows, clinical director of the Sleep School, said he was not surprised by the results. "We know how poor sleep can have a negative impact on performance," he told HR magazine. "Workplaces are starting to wake up to the importance of sleep. Sleep deprivation harms memory recall, problem solving, concentration, and more and more employers are taking action."