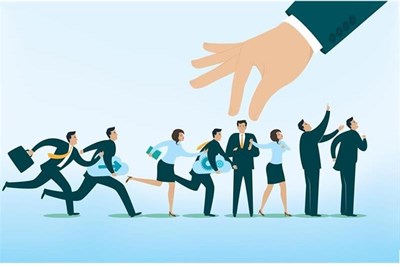 Job postings in the UK have reached their highest level since the start of the coronavirus pandemic.

According to the Recruitment & Employment’s (REC) latest Jobs Recovery Tracker, total job postings in the UK were up to 1.10m in the first week of August, with almost 126,000 new adverts posted between 3-9 August – up from 1.4m in the previous week and the highest weekly total since lockdown began.

Yet this is still well below the 1.35m job postings active in the first week of March, before lockdown.

Neil Carberry, chief executive of the REC, warned that many firms will face cash struggles in September and October and that unemployment will rise, but said the data shows a recovery is underway.

The five things HR should consider on return to work planning

Post-pandemic pay cuts on the horizon


“Construction sites have reopened, logistics companies are dealing with high demand, and with people spending more time at home, many have been looking to spruce up their house and gardens.

“The increase in adverts for childminders and playworkers is interesting and perhaps linked to more people returning to offices and workplaces in the near future.”

The biggest falls were seen in North Ayrshire (down 15.6%) and Swindon (down 11.5%), although only five counties/unitary authorities registered a decrease in job postings compared to the previous week.

The Jobs Recovery Tracker is produced by the REC in partnership with Emsi, using its Job Postings Analytics data which is harvested from tens of thousands of job boards.