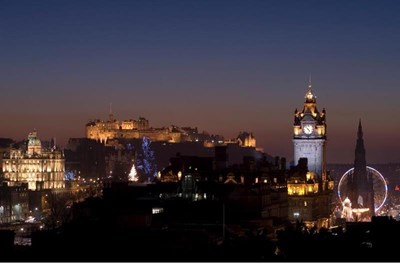 The research revealed that the top three cities with the highest percentage of employees concerned about job loss in 2020 are Cardiff (60%), Norwich (59%) and Sheffield (56%).

In Adzuna's study, previous job losses in the area were cited as the main reason for worker anxiety, for example the loss of 1,000 British Gas call centre job losses in Cardiff in 2019.

Prior research found that Brexit uncertainty had been contributing to unemployment fears.

Sheffield experienced 34.88 business closures per 10,000 population in 2018 according to the latest data provided by the Centre for Cities.

By contrast, workers in Edinburgh (26%) and Newcastle (22%) were most worried about whether or not they’re doing a good job.

Andrew Hunter, co-founder of Adzuna told HR magazine: “Looking at which UK cities have the highest percentage of job fears, it is interesting to see those that are suffering the most due to both local and national business closures.”

“While it is interesting to see this breakdown, what is concerning is the number of people who are fearful for their job or currently unemployed, who do not feel confident applying for a new job in today’s highly competitive market. This is especially true in cities like Leeds and Cardiff, which are investing to attract new talent,” said Hunter.

Cardiff's city-wide unemployment claimant rate currently stands at 2.1% and according to the research, 15% of workers in Cardiff don’t feel confident applying for a new job in today’s market.

However, cities are investing in creating new jobs, for example, the 2019 launch of Channel 4's new national headquarters in Leeds created around 250 city-based jobs.

Hunter said that while talent investment in places like Leeds is 'fantastic', we shouldn’t ignore what it might mean for the existing workforce in these locations.

He also advised that workplace and job seeking support should be offered.

The survey was undertaken by Adzuna in January 2020.

Respondents were composed of 1,500 employed and 500 unemployed UK adults.