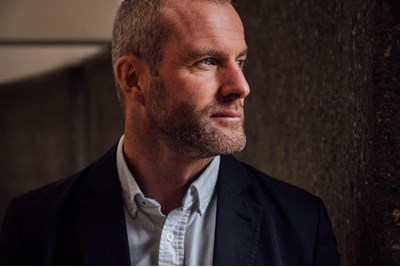 Having addressed the All-Party Parliamentary Group on Apprenticeships (APPGA), and digested its subsequent report, I’m more convinced than ever of the need for a joined-up solution that facilitates engagement between young people, employers, schools and teachers.

I was a teacher for 16 years and gained firsthand knowledge of the challenges young people face in connecting with opportunities outside of the university admissions process. The absence of a UCAS-style mechanism to advertise apprenticeship vacancies and to facilitate applications is glaring.

Speaking to and hearing from APPGA members and their guests at its final meeting before parliament’s Summer recess offered further verification of the concerns we hear time and again from the businesses we visit. Companies like Sage Group and GlaxoSmithKline have been telling us for months that the apprenticeship system is broken and requires a UCAS-style pathway to fix it. Now I have heard the same demands voiced in Westminster.

On my day in parliament I heard genuine concerns from MPs and peers about the crisis faced by the apprenticeship scheme. The APPGA meeting heard that the government must facilitate 86,000 apprenticeship placements per month if it is to meet its target of three million starts by 2020. When employers as vast as the NHS say that the lack of a structured pathway for apprenticeships is leaving vacancies unfilled, it’s time for the Department for Education and Skills to take notice.

The APPGA’s report calls for proper support for teachers and careers leaders to encourage “genuine parity of esteem with university pathways”. Until there is a formal mechanism for apprenticeships, recognised by all stakeholders, that connects employers and young people, this is likely to remain a forlorn hope.

The gulf in prestige and prospects between apprenticeships and university studies cannot be bridged with an ad-hoc system of promotion and application, where employers are left hoping that young people with little or no experience of the jobs market will notice the apprenticeship opportunities they offer.

Students are not the only parties who lack experience with modern apprenticeships. Teachers are also often poorly placed to offer advice and guidance on a pathway that few have followed. The APPGA reports that most teachers are likely to have a degree and are therefore more likely to talk with confidence about university studies.

I would estimate that 99.9% of my teaching colleagues had entered the profession after studying for a university degree. Expert advice from professionals with detailed knowledge of the apprenticeship system is lacking, creating a void that young people are having to cope with.

The APPGA’s ‘apprenticeship fairs’ recommendation is sound. The Future Stars event we organised and hosted in May on behalf of Newcastle Startup Week validated the concept for us. It’s impossible to overestimate the value of bringing employers and young people face to face; connecting those able to offer opportunities with those able to fulfil them in a positive environment that leaves all parties inspired.

The APPGA’s report should not be disregarded. To truly comprehend the scale of the apprenticeship crisis consider that the National Audit Office reported in March that in the previous year (2017-18), just £170 million of the £2.2 billion set aside from the government’s apprenticeship levy had been spent by employers on new apprenticeship schemes.

The absence of a formal mechanism to connect young people and employers so they can engage around apprenticeships leaves the current system like a bicycle chain with a missing link. Until it is joined the machine remains stationery, or freewheeling at best.

We’ve built Global Bridge as a safe, monitored, regulated platform, which is GATSBY-compliant and embedded in schools' PSHE programme, as one solution to the apprenticeship crisis. We’ve lived and breathed the issues and know the gaps that exist in the system. There needs to be a solution. MPs, peers and business leaders have talked about a UCAS-style pathway for apprenticeships and we can deliver it by connecting pathways, talent, and opportunities across all the schools and businesses in the UK.