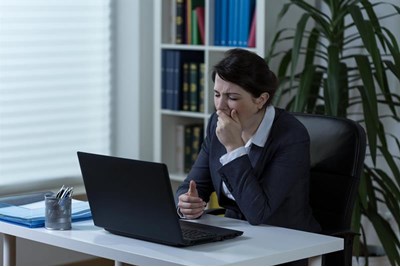 One in 12 UK workers are not getting their full legal holiday entitlement, according to the TUC.

This means workers are losing out on nearly £3 billion worth of paid leave each year, with 9.2% of female workers and 7.2% of male workers affected.

Employees being set unrealistic workloads that don’t allow them time to take leave, employers deliberately denying holiday requests and managing out people’s leave, and employers not keeping up to date with the law, were cited as the main reasons staff miss out on leave.

Commenting on the findings, TUC general secretary Frances O’Grady said: “We’re now in peak holiday season. But while many workers are away enjoying time off with friends and family millions are missing out. And that puts them at risk of burnout.

“Employers have no excuse for robbing staff of their well-earned leave. UK workers put in billions of hours of unpaid overtime as it is.”

The TUC called for HMRC to be granted new powers to clamp down on any employers who deny staff their statutory holiday entitlement. This would include the power to ensure workers are fully compensated for missed holidays.

However, Adrian Crawford, a partner at law firm Kingsley Napley, said it’s not clear whether employees are being denied leave or are choosing not to take it.

“The suggestion that there are employers who are manipulating the system seems difficult to believe, so there needs to be further analysis in that respect. It’s certainly possible for employers to get things wrong. Education plays a really important role here, and a lot of smaller businesses who might not have strong HR departments might not fully understand the law,” he said.

Crawford added that giving workers compensation for missed leave would not be an effective way of dealing with the issue.

“Annual leave is a health and safety issue; we know that taking time off is important in terms of staying healthy. Forcing companies to pay compensation over missed leave seems retrograde, and as we often see with millionaires, having more money will not make you happier.”

“Some employers may get caught out by issuing old contracts that do not have the correct number of minimum days of annual paid leave. They can also slip up with self-employed and casual workers where there’s an assumption that because they’re not employees they’re not entitled to leave. This isn’t a case of unscrupulous employers, it’s much more likely that people just haven’t kept up to date with the law,” he said.

De Maid added that HR and line managers play an important role in making sure workers take their leave entitlement.

“Have appropriate procedures in place, communicate with employees, and keep track of who is taking leave, when they’re taking it, and how much," he advised. "Taking annual leave is really important for employees' mental health, and if someone isn’t taking it there could be an underlying reason for that. It could be that they’re afraid they’re under-performing, that they’re stressed, or that they don’t want to lose out on income. Employers need to monitor leave and work on the underlying causes to address the problem."

The UK government recently consulted on enforcing holiday entitlements but has yet to announce any plans.