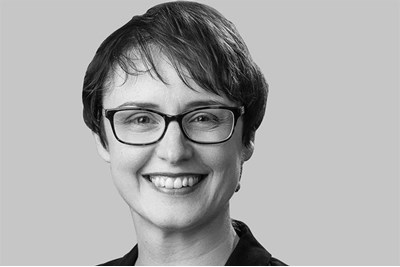 One of the new provisions of this bill is that lower courts and tribunals could be allowed to depart from 'retained EU law' – a move previously reserved only for the Supreme Court or the Scottish High Court of Justiciary.

Retained EU law is the snapshot of EU law that will be taken at the end of the Brexit transition period (scheduled for 31 December 2020).

This includes rights in EU Directives previously interpreted by a UK or European Court. Some are now enshrined in UK legislation.

For example, the principle that there is no need for a 'comparator' to establish pregnancy or maternity discrimination was established by a European Court decision but is now contained in the Equality Act.

However, there is a great deal of both UK and EU case law considering EU Directives on matters such as TUPE, discrimination law (including equal pay) and holiday pay that is applied by employment tribunals when interpreting UK legislation.

The Employment Lawyers Association (ELA) is concerned that allowing lower courts and tribunals to depart from retained EU law will lead to uncertainty.

If lower courts are allowed to depart from European or domestic case law, neither employers nor employees will know where they stand.

Uncertainty is not good for these parties because when neither knows how a particular issue would be decided it is harder to avoid or settle disputes.

HR practitioners will be aware of the debate around calculation of holiday pay after a number of high-profile cases.

While matters continue to be litigated, the law was to a certain extent settled by the decisions of the employment appeal tribunal and Court of Appeal in Lock v British Gas.

If lower courts are able to depart from those decisions, HR departments will face the dilemma of whether to yet again adapt practices and risk claims by employees.

Employment tribunals could also be asked to depart from decades-old settled decisions on equal pay, discrimination law and TUPE. The law will be in a state of flux while tribunal decisions are appealed and definitive principles are settled by higher courts.

Taking equal pay as an example, European decisions have confirmed who can bring equal pay claims, how terms are assessed, who can be a comparator, when a 'genuine material factor' defence is itself indirectly discriminatory and when such a factor can be objectively justified. There is also a wealth of UK case law interpreting how EU law affects equal pay claims.

When new legislation is introduced it is normally after consultation, which enables HR to plan for changes in employment practices. In contrast if case law is overruled it has an immediate and retrospective effect.

The ELA urges the government to restrict the courts and tribunals able to depart from retained EU law and to implement any changes considered necessary by legislation.