Time to get serious about staff loyalty 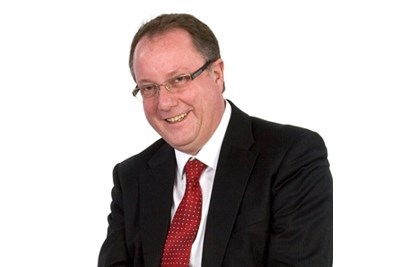 Wages in the UK have seen one of the largest falls in the European Union during the economic downturn, research from the Hay Group found last month.

Pay freezes and higher taxes have impacted not just pay packets, but employees are also expected to do more than before.

For some organisations, this has already resulted in low staff morale and increased staff turnover, which in turn impacts the cost of hiring and re-training new intakes.

Finding ways to motivate staff is essential to business growth as it adds value to an organisations bottom line, either through increased staff loyalty or by improvements in productivity.

A recent study revealed that companies with 'engaged workers' grew revenues two and a half times as much as those with low engagement levels. In fact, highly engaged employees were 87% less likely to leave their companies than their disengaged counterparts.

Reduced workforce productivity can also manifest in the lack of staff flexibility or greater working to a rule mentality. Studies also indicate that 40% of employees who do not feel meaningfully recognised will not go above their formal responsibilities to get the job done. Yet 85% of employees who feel meaningfully recognised will go that extra mile for the company.

Organisations that do not make staff motivation a priority suffer the classic signs of high staff turnover and high absenteeism. Interestingly, an unnamed Fortune 100 manufacturing company saw absenteeism drop from 8% to 4.8% and reduced turnover from 14.5% to 4.1%, following implementation of a motivational programme.

The need to recognise and reward

The term 'recognition' refers to awards that deliver status and acknowledgement of achievement. Depending on the workplace culture, this could be anything from a simple certificate to a top performers or a group incentive travel trip to exotic places. It should be high profile and well reported to peers. Reward refers to an intrinsic reward where the value of the reward item or prize is paramount. Reward catalogues, vouchers, prepaid cards, and personal travel tend to dominate this category.

Television shows such as Undercover Boss are prime examples how popular culture views recognition and reward as prime motivating factors to building staff morale and retention. In fact, studies show that employees strongly agree that the quality of their company recognition scheme impacts on their job performance and when seeking new employment.

Despite this trend, recognition is often cited as the number one reason for staff leaving and surprisingly, it is rarely an agenda item for managers. As Abraham Maslow has so eloquently identified, we are motivated by our needs and goals and importantly, those needs and goals change as we progress further through our career. Unfortunately, many entrepreneurs that lead many organisations are still unusually biased toward logical rather than emotional thinking.

While current economic pressures mean the focus for UK businesses is on keeping a healthy bottom line, this should not be prioritised to the detriment of staff morale and loyalty. It fails to recognise that there is a strong emotional side to work and that 'best value' can be achieved by dealing with an emotional response rather than a purely logical one. Non-cash rewards such as gifts, vouchers or points when pay rises are not feasible, can result in 25% higher work performance than cash incentives. Even simple gestures such as a thank you, can increase a person's willingness to help again by 100%.

Organisations that recognise and reward staff have higher net profit margins over companies that don't practice recognition. In a fast-paced, globally competitive market place, this could make or break the strength and viability of a business. The best solution is a simple, structured plan, making staff recognition a priority, and a compelling way to reduce costs and maintain profits in the long run.

In an age where austerity still rules - and particularly for public departments such as the NHS - recognition schemes can be a quick and alternative way of motivating staff in the absence of pay rises. In fact, it could be the catalyst to create a significant shift in the people side of your business.

Set objectives: Start with a professionally run employee survey that gives you sensible benchmarks against similar organisations, so you can see what is achievable.

Map the profile: Talk to your staff either informally or in structured focus groups. You will be surprised at how motivating this can be. The feedback process will also create employee ownership of the final scheme.

Define your programme and how it will work: Businesses recognition linked to corporate values is a great way to communicate what the values mean in behavioural terms.

Keep it simple in the beginning: A programme that is too complex to deliver will only be regarded as management's latest 'flavour of the month' - and it will be all uphill from there.

Communicate, promote and encourage: from the moment of the programme's launch and consistently on an on-going basis. For instance, have monthly presentation meetings and keep it high profile.

Market the programme internally: Just as you would market the business to customers. Have the marketing team develop a creative communications strategy. One of the key issues for many staff is that they are often unaware of what benefits are available to them.

Review, refine and develop: Ensure the programme remains relevant and timely to staff and business needs.