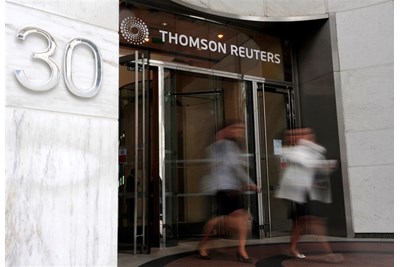 Scoring five stars across the five HR areas researched, Thomson Reuters was described as "exceptional for its strong ethics and social conscience, unparalleled opportunities to travel and work abroad and its flexible approach to work when, where and how you like".

The certification is based on independent research done by the CRF Institute and audited by Grant Thornton to discover those organisations that have outstanding HR policies and offers excellent working conditions. Some 58 organisations were certified in this year's Britain's Top Employers project and were judged on the basis of their scores in these HR areas:

Steven Veenendaal, CEO of the CRF Institute, said: "The combination of an aging workforce, the economic recovery and staff shortage in certain industries is making employers increasingly aware of the importance of selecting and retaining the right people and making sure they come to work every day feeling motivated and engaged.

"The 58 certified organisations have put the welfare of their employees at the top of their list of priorities and are doing exceptionally well in offering their employees the best working conditions. You will see that translated in the long-term sustainability of these companies."