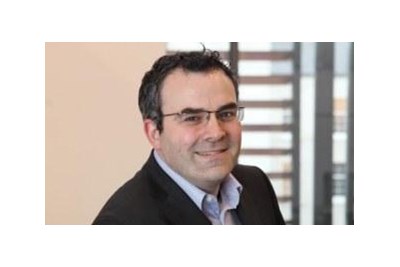 David Collings provides a counter-argument to Rob Briner's article, which questioned the value of and evidence behind talent management practices.

In What's the evidence for talent management? Rob Briner questions the value of talent management and describes it as ‘just one of many slippery HR buzzwords that have wormed their way into our collective consciousness’. I wish to counter his view and argue that talent management is an important area of people practice, and that there is valuable research evidence that can help organisations manage it more effectively.

A key focus of Briner’s critique of The War for Talent approach is that talent management is driven by loading your organisation with stars and constantly pushing their performance. However, the reality is that practice has advanced significantly since McKinsey’s War for Talent emerged. Our understanding of talent management is now much more nuanced than they implied.

For example, research evidence has significantly challenged the practice of forced distribution and key advocates such as GE are softening their stance to it and exploring new performance management systems. Research by Herman Aguinis at Indiana University shows that contrary to the key assumptions of forced distribution performance is not normally distributed in organisations. Rather, a small number of individuals (generally less than 20%) are significantly more productive than others. However, as Briner correctly notes, in many roles this makes little difference, as there is little potential impact of higher performance within the role.

One key differentiator of talent management from traditional HR is that it provides a better understanding of roles that offer the potential for differential performance. They are defined by rarity (less than 20% of roles within the organisation), centrality to the strategy of the business, and variability of performance of individuals within the role. It is these roles that need stars to maximize the sustainable performance of the organsiation. The focus is on the organisational context first.

It is only when these roles are identified that organisations should consider the best people to fill the roles. These decisions should not be based solely on performance but by a well-informed consideration of performance and potential. Tools like the nine-box grid help in this regard.

Finally, much like organisations have been segmenting their customer bases in sales and marketing terms for decades, talent management suggests similarly segmenting HR systems for different employee groups. Again this is a significant way in which talent management differs from more traditional approaches to HR. In challenging the elitist assumption, research by Ingmar Björkman and colleagues suggests that if employees perceive the system of talent identification to be fair and fluid (in that there is movement in and out of the talent pool) there is no negative impact on employee motivation from differentiated talent systems.

Managed effectively, talent management offers significant potential to improve sustainable organisational performance. Our role as academics is to help practitioners understand the evidence around the decisions they make when designing talent systems.

David Collings is professor of HRM at Dublin City University Business School, where he leads the HR Directors’ Roundtable. He is also principal academic advisor at the Maturity Institute. He is one of HR magazine's HR Most Influential International Thinkers.